NY Times Tends to Forgive Outrageous Tweets... From the Left 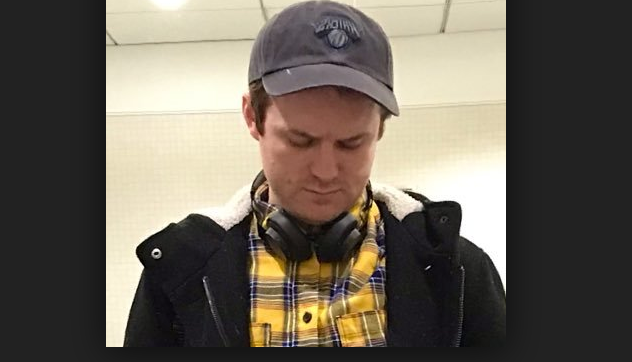 Tom Wright-Piersanti, a senior staff editor on the political desk of the New York Times embarrassed his paper, which has been busy lately attacking President Trump for anti-Semitism, when several of his past offensive anti-Jewish tweets resurfaced at Breitbart, including one from New Year’s Day in which he resolves to be “less anti-Semitic” that year!

Among his many offensive tweets most from around the 2009-2010 era, now deleted with apology:

I was going to say ‘Crappy Jew Year,’ but one of my resolutions is to be less anti-Semitic. So…. HAPPY Jew Year. You Jews.”

At the time of the outbursts, Wright-Piersanti was working at the Newark Star-Ledger according to the New York Post. He joined the Times in 2014.

Many others tweets, since deleted, would not pass muster with the sensitivity police that work at the Times, such as this one:

I like to make it rain when I perform at my authentic Native American dance strip club -- Tom Wright-Piersanti (@tomwp) June 6, 2010

A Times spokesman reacted: “We are aware of these tweets, which are a clear violation of our standards. We are reviewing next steps.” As of Friday afternoon, no action has been announced.

As the paper ponders its editor’s fate, it’s revealing to see how the paper has dealt with previous examples of offensive (or “offensive”) social media comments, both fresh and ancient, both from people in the news or on the Times’s staff.

The paper’s outrage regarding “offensive” tweets seems connected to how “woke” one is and how many friends you have in liberal bastions like the mainstream press and Hollywood.

Comedian Kevin Hart, who was ousted from hosting the Oscars after “homophobic” tweets resurfaced, also failed to arouse much Times sympathy.

On the other side, liberal Guardians of the Galaxy director James Gunn was propped up by the paper after being fired by Disney from the third installment of the franchise after Gunn's bizarre, pedophilia-related, alleged joke tweets were dredged up. Perhaps in the paper's eyes, Gunn had the right enemies (“two far-right provocateurs”).

The controversy dovetails interestingly with the paper’s latest edition of the Sunday Review, a big look back at Gamergate, the complicated scandal in the video game universe.

But the real eye-opener was a piece by editorial board member Sarah Jeong, “When The Online Mob Comes After You” (available in the link above) notorious for tweets mostly from 2013-2015 in which she reveled in the joy she got from being “cruel to old white men.” She also raged at “dumbass fucking white people” and posed the question: “Are white people genetically predisposed to burn faster in the sun, thus logically being only fit to live underground like groveling goblins.”

In her Sunday Review piece, she actually made herself the victim of her own hateful comments, giving herself excuses (I was joking! They were taken out of context!) that the paper wouldn’t accept from anyone it didn’t sympathize with politically.

....Last year, I landed in hot water for a number of tweets I’d posted years before about white people, especially white men. They were irreverent jokes -- some responses to people harassing me, others outright snark. Some were parodies of race science like Charles Murray’s “The Bell Curve.” Stripped of context and viewed many years later, they were enough to start an online conflagration about “reverse racism.”

Yet the paper itself recently and publicly demoted Jonathan Weisman from his position as deputy Washington editor due to some clumsy but not baldly offensive discussions about race on Twitter that offended the left.