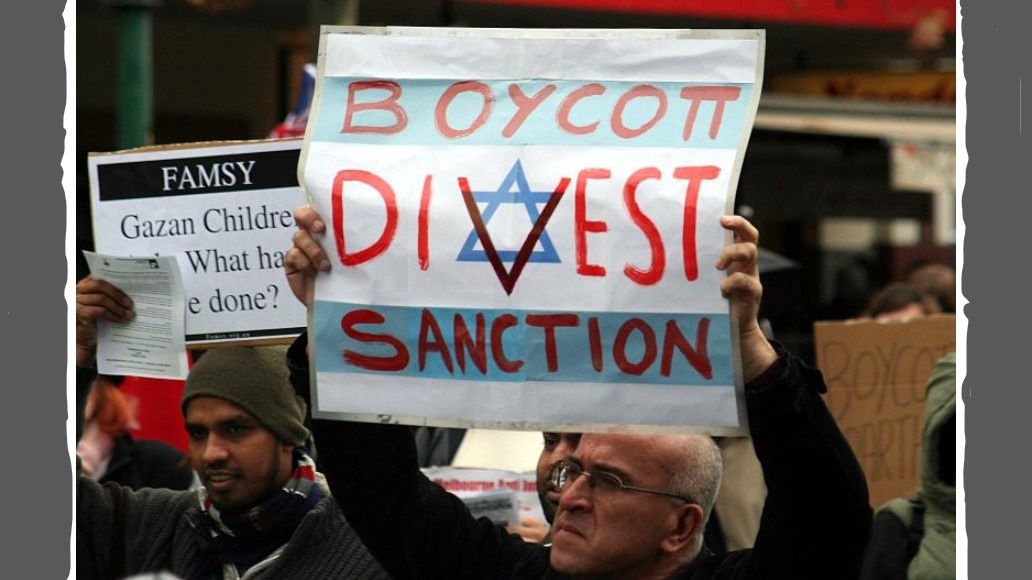 The latest New York Times Sunday Magazine found room for 11,000 words by Nathan Thrall to push the anti-Israel -- often anti-Semitic -- Boycott, Divestment and Sanctions movement. (B.D.S.) Thrall is a director at the International Crisis Group, which the paper notes but fails to mention is funded by the Gulf state of Qatar, which funds the anti-Jewish terrorist group Hamas.

The deck of headlines for Thrall’s story: “The Battle Over B.D.S. How the Battle Over Israel and Anti-Semitism Is Fracturing American Politics -- The growing prominence of the B.D.S. movement -- and the backlash to it -- is widening fault lines from college campuses to Capitol Hill.”

The story was far less fair-minded than those headlines imply: It's only the latest and maybe longest portion of the paper’s long-standing and heavily documented bias against Israel, as several pro-Israel and conservative outlets have pointed out.

B.D.S. movement’s objective is to eliminate Israel, as has been documented in quotes from the horse’s mouth, Omar Barghouti of Qatar, the co-founder of BDS. Yet he was mentioned only by name and in passing a single time in the long article.

Thrall blandly described the B.D.S. movement as one “which seeks to exert economic, moral and political pressure on Israel to end its occupation of Palestinian territories, grant equal rights to Palestinian citizens of Israel and recognize the right of Palestinian refugees to return.”

The usual left-wing suspects traipsed through without comment, including Cornel West.

In the face of widespread criticism of Omar for wittingly or unwittingly deploying anti-Semitic tropes about “dual loyalty” and Jewish money controlling United States policy, Democratic leaders announced they were working on a resolution condemning anti-Semitism. But in response to objections from progressive lawmakers and members of the Congressional Black Caucus, who argued that Omar was singled out because she was a woman of color, the draft resolution was revised to condemn not just anti-Semitism but also anti-Muslim discrimination, upsetting some Jewish Democrats. The following day, President Trump told reporters: “The Democrats have become an anti-Israel party. They’ve become an anti-Jewish party.”

American Jews -- 79 percent of whom voted for Democrats in the 2018 midterm elections, according to exit polls -- appeared to be divided over which source of anti-Semitism posed the greater risk. On one side was the progressive left, which includes activists like Tamika Mallory of the Women’s March, who has refused to condemn Louis Farrakhan, the anti-Semitic Nation of Islam leader. On the other side was the ostensibly pro-Israel right, which at a time of rising anti-Semitism in Europe and around the world is home to anti-Semitic evangelical leaders like the Rev. John Hagee (Jews “have everything but spiritual life”) and white nationalists, one of whom committed perhaps the deadliest attack against Jews in American history, massacring 11 worshipers at the Tree of Life synagogue in Pittsburgh in October.

One particularly misleading paragraph was a potted pro-Palestinian history of the region regarding “the occupation of the West Bank and Gaza after Israel’s victory in the June 1967 war.” Watchdog group Camera dissected it: "It’s amazing that Thrall can jam so many material falsehoods and deceptions into just a single paragraph.”

Thrall lamented that “B.D.S. is not supported by a single Democratic senator or presidential candidate....” and that the accusation of anti-Semitism remained so toxic, and suggested an anti-black component.

Few charges are as politically toxic as that of anti-Semitism, as the recent uproar over Omar’s comments shows....

Imagine the Times’ voicing the same concern over concerns of accusing Republicans of racism or Islamophobia.

This charge is frequently leveled at people of color. There is a long list of black politicians, from Keith Ellison to Hank Johnson, who have suffered political setbacks or worse after confrontations with pro-Israel groups. Some of them were objects of legitimate criticism, like Jesse Jackson, who used the slur “hymies” during his campaign for the Democratic presidential nomination in 1984. But others were attacked simply for supporting, or even having contact with, Palestinians....

He even managed to play the race card in favor of three new left-wing stars and their anti-Semitic controversies:

In the 2018 election, the Jewish Democratic Council of America officially rebuked only three Democratic candidates, all of them minorities.

Those would be the familiar names of Alexandria Ocasio-Cortez, Rashida Tlaib, and Ilhan Omar.

Washington Free Beacon reporter Adam Kredo wrote: “The author of this Sunday's New York Times magazine cover story about the campaign to boycott, divest, and sanction the state of Israel works for an organization whose major donor, Qatar, is also the largest state funder of the terrorist group Hamas. Other significant donors to the author's organization, the International Crisis Group, are leading supporters of the anti-Semitic boycott movement the author describes in his piece.”