Vanity Fair is still investigating Kavanaugh. Evgenia Peretz, Vanity Fair contributing editor, posted a long expose of Kavanaugh’s alma mater: “‘Men for Others, My Ass’: After Kavanaugh, Inside Georgetown Prep’s Culture of Omertà.” Through guilt by association, she tried to imply the school’s code of silence was concealing something foul in Kavanaugh’s past (which she offers zero evidence for) and tied Kavanaugh to a shameful incident that happened at the school two decades after he graduated. 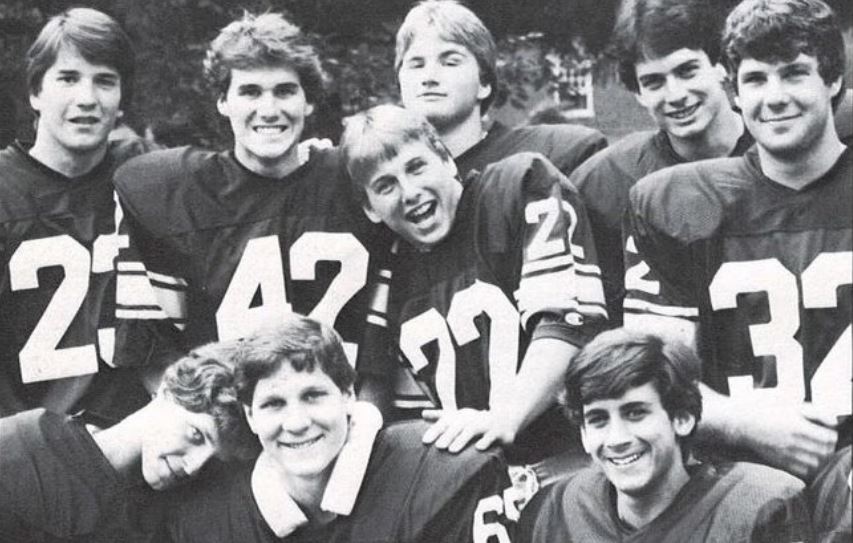 The story began with fuzzily sourced observations from Georgetown Prep’s class of ’83 Homecoming this October, featuring cameos from the now-notorious crew from the senior yearbook.

...Victory was in the air. Prep, as it’s known, was in the middle of trouncing Episcopal, 24–6. Kavanaugh had finally clinched his seat on the Supreme Court, after all those ridiculous attacks on his character.

“Ridiculous” is meant ironically here; Peretz clearly finds them quite credible. Her story only glancingly deals with Kavanaugh, but still lays up suspicion and innuendo upon the Justice’s reputation. She set the scene with hostile stereotypes of the school’s alumni doing “American Guy” stuff and compared the class’s loyalty to Kavanaugh to the mobster code of silence:

Indeed, tonight is a victory celebration, and it can largely be attributed to Georgetown Prep’s particular code of omertà. Kavanaugh gestured at this code in a 2015 speech, fondly recalling the saying, “What happens at Georgetown Prep stays at Georgetown Prep,” which suggests guys bonded together by a shared history of mischief. But the code is more than that. It’s also about preserving a certain world order. Over the years, the code has helped to smooth out bad news, and to sweep ugly allegations under the rug....

She set up a "Goofus and Gallant" comparison between fellow Georgetown Prep alum Justice Neil Gorsuch and Justice Kavanaugh. In Peretz’s hostile telling, it’s a wonder how Kavanaugh managed to accomplish anything with his life, much less become a Supreme Court justice.

Prep preached the Jesuit motto, “Men for Others.” For some, it was a profound message....Other students, like Neil Gorsuch, ’85, also took that to heart, applying Prep’s intellectual rigor to debate, and into a life of service.

But Kavanaugh and many of his friends were known to take their privilege as license to act with obnoxious abandon. This type of group wasn’t unique in the history of Georgetown Prep. Every senior class had a version -- a band of bros, usually football players, who staked their claim as kings of the school....

Kavanaugh, according to some former classmates, was not the central showman, but rather an eager sidekick. An alum who knew Kavanaugh well recalls, “He had the attitude of ‘I’m the man, I’m a badass, and everybody else is kind of a loser. I do what I want. I get what I want.’ He was more of a dick, for lack of a better word. I wish I had a more descriptive word. He was just a dick.”....

"An alum who knew Kavanaugh well." How sleazy is this sourcing?

There was rehash of 35-year-old unsubstantiated rumors, including, of course, Kavanaugh’s teenage beer consumption, which he has already been obliged to “confess” to in front of the nation during his hearings.

Kavanaugh and his friends, as we learned during his hearing, laughed about the violence in their 1983 yearbook. There was the caption “Do these guys beat their wives?” accompanying a shot of one group of boys. There was the quote from Judge’s page: “Certain women should be struck regularly, like gongs.”

While reading the above, keep in mind that these are teenagers, and those nasty quotes aren’t original to them but are from other sources (the “gongs” crack is from playwright Noel Coward).

Peretz finally admitted such shenanigans were endemic to prep schools and not confined to Georgetown Prep. She then fast-forwarded to 2004 and the sad case of Eric Ruyak, who was sexually assaulted by a male teacher but was not initially believed.

Then, as if the stories were linked, she jumped to the unsubstantiated accusations made by Christine Blasey Ford, and cynically portrayed Kavanaugh’s defenders. Blasey Ford, by contrast, was presented as having “reluctantly” gone public. How does Peretz know that?

This paragraph took chutzpah both on the reporter’s part and Kavanaugh’s classmates.

Prep alum who operate by a different ethos felt betrayed by Kavanaugh’s how-dare-you performance. “What I heard was, ‘I’m unwilling to own my truth, to own my history, and to accept that it’s possible that something in my past could have happened, and that people need to hear about it,’ ” says Bill Barbot, ’86... To many Americans, Kavanaugh didn’t seem like a sexual predator -- but that wasn’t the point. The point was that he couldn’t give an inch of possible culpability. He couldn’t say, “I’m sorry for what I might have done.”

In other words, Kavanaugh should have confessed to something he doesn’t remember doing and no one else remembers him doing? What nerve. She continued with the “omerta” parallel, implying Kavanaugh truly had something to hide, even though she came up with nothing to add to the slime hurled against the judge during his confirmation hearing.

In the days following the hearing, while senators frantically jockeyed, some in the elite ranks of the Montgomery County community considered breaking the code of silence. Barbot and another classmate initiated a letter among Prep alumni to support a thorough investigation into the allegations against Kavanaugh. They got roughly 80 men to sign, but discovered that many others were too scared to attach their names, for fear of social and professional retribution.