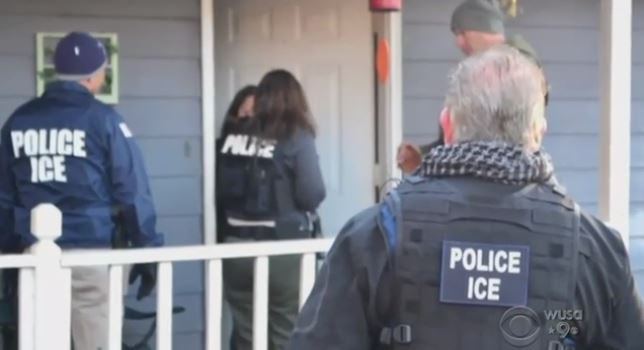 Wednesday’s New York Times came to the passionate defense of “unauthorized immigrants” (don’t call them illegals!) in danger in “ultraconservative” Texas, and landed some ideological left jabs at the state in the process. Reporters Manny Fernandez and David Montgomery filed a hostile, label-stuffed story from Houston (and notice the quote marks around the term “sanctuary cities”) “With Measure Banning ‘Sanctuary Cities,' Texas Pushes Further to the Right.”

Fernandez often looks askance at the scary conservatives who apparently dominate his Texas beat, seeing “hard-right...paranoia” among the state’s citizens. In 2014 he excitedly jumped on the phony legal attacks unleashed against Texas Gov. Rick Perry as a “major roadblock" and a "stunning rebuke" that "threaten[s] to tarnish his legacy," and seemed unhappy when the charges were finally dismissed in 2016.

When Texas Republicans passed and Gov. Greg Abbott signed a law banning so-called sanctuary cities and threatening officials with jail time and removal from office if they did not comply, they did more than enact a tough law that had failed in previous legislative sessions.

They also signaled that Texas’ strongly conservative Legislature was moving even further right, that the state’s historical relationship with its Latino residents was in flux and that Donald J. Trump’s presidential campaign had emboldened conservatives in Republican states like this in ways that are just beginning to play out.

In a state with the nation’s second-largest Hispanic population, the new law threatens sheriffs, police chiefs and other officials with jail time and removal from office if they do not cooperate with federal immigration authorities. And it allows police officers -- even those on college campuses -- to question the immigration status of a person they have arrested or detained, including during routine traffic stops.

After outlining the parade of horribles the conservative legislature threatens to unleash (like “anti-abortion measures...and religious exception bills”), Fernandez and Montgomery pile on more ideological labels.

Every legislative session in Texas has a conservative tenor. Republicans control both chambers and every statewide elected office. But Republicans and Democrats say this session, the first in the Trump era, illustrated a shift to the right in a state that was already decidedly on that end of the political spectrum.

For Latino leaders, the signing of the ban on sanctuary cities represented a seismic shift. Latinos make up 39 percent of Texas’ population. The biggest school district in the state, the Houston Independent School District, is 62 percent Hispanic and only 8 percent white. Hispanics have shaped the very notion of what it means to be Texan, and many had pointed with pride at the recent past.

When California voters approved Proposition 187 in 1994, which was intended to deny public services like schools and hospital care to unauthorized immigrants, Texas resisted taking similar action. When Arizona passed a law known as S.B. 1070 in 2010, giving local law enforcement broad authority to detain people suspected of being in the country illegally, Texas again resisted.

That legacy, Hispanic leaders said, ended on Sunday, with the stroke of Mr. Abbott’s pen.

“This was the first time in recent memory that the Republican Party of Texas has crossed a red line with the Hispanic community,” said Julián Castro, the Obama-era secretary of the Department of Housing and Urban Development and the former mayor of San Antonio, contrasting Texas’ response with the earlier actions in California and Arizona. Referring to George W. Bush and Rick Perry, he added: “To their credit, at the time, Governors Bush and Perry exercised admirable restraint, instead of pitching to the worst instincts and feeding the base red meat on immigration. They refused to do it. Greg Abbott is a different story.”

As in other red states, Mr. Trump looms large in the ideological background of Texas politics....

Much of the ultraconservative tone this legislative session has been building in Texas for years, long before Mr. Trump’s campaign....

Again, Republicans are doomed to be overtaken by Democrats in Texas (just as the left has been predicting for 20 years).

Democrats predict that Senate Bill 4 will energize Hispanic voters and mark the end of the Republican rule of Texas...