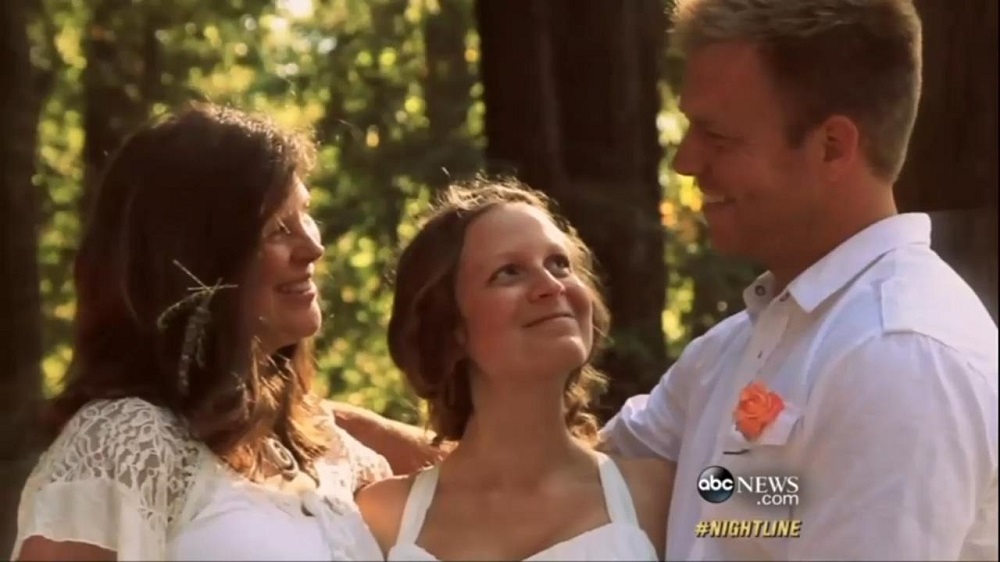 The segment began with a shot of the throuple in bed together with their two children, who share a father but were each born to one of his "wives."

"This triad wants to make it clear that they are not polygamists," ABC's Abbie Boudreau eagerly explained, and that they are all sexual partners with each other. This arrangement began when Melinda Phoenix decided she wanted to add a man to her "marriage" to Dani, a woman.

The two lesbians decided they desired a masculine man. He impregnated both of the women and their children were born five weeks apart.

Boudreau explained, "A strong family unit has been their goal since exchanging vows in an intimate three-way wedding ceremony last year."

ABC didn't bother to give too much consideration to the impact being raised by adults in a polyamorous arrangement will have on children. The clip focused heavily on Dani's, Melinda's, and "husband" Jonathan Stein's feelings and very little on what life is like or will be like for the children involved. But the trio asserted that their arrangement makes parenting easier because one woman can breastfeed while the other cooks.

The segment briefly acknowledged that this arrangement is "controversial" and showed Melinda Phoenix explaining to her other two partners how she feels like she misses out if they do activities without her.

"For them, it's about sharing parenting responsibilities equally…balancing work life and family time," gushed Boudreau.

ABC gave members of the trio a platform to discuss their shared sex life, explain, "We're just trying to be the pioneers like in the civil rights movement," and wonder, "Who wrote the formula of one man, one woman, and their two and a half kids?"

This isn't the first time ABC has pushed polyamory. In 2013, they preached the "gospel of polyamory" and speculated about "the end of marriage as we know it" due to couples opting to become "triples or fourples."