The radio titan skewers the press’ liberal bias from his talk show perch. Limbaugh can predict media patterns with frightening accuracy. He did it again this week, mocking how reporters looked away as he gave millions to charity.

At the same time most media outlets ignored some good news for No Safe Spaces, the Adam Carolla/Dennis Prager feature heading our way this fall.

The entertainment press similarly stood down following a disturbing Tweet from a key “Squad” member.

None of these are accidents.

Limbaugh announced his Betsy Ross T-shirt, a patriotic response to Nike pulling her image per far-left icon Colin Kaepernick’s suggestion, has raised $3 million for the Tunnels to Towers Foundation.

That group helps the families of military members and First Responders in a variety of ways, including tuition support.

Media outlets routinely share when a star forks over cash for the charity du jour. They do the same when a Marvel franchise star visits sick children. And they should. 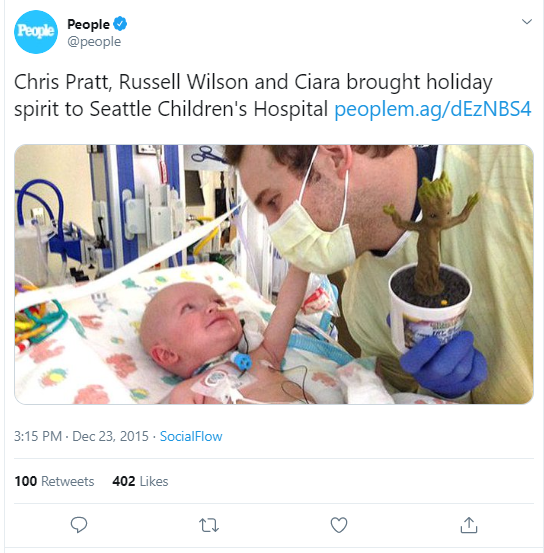 It’s good to highlight those charitable efforts. It offers a rare blast of positive news and effective role modeling. Plus, it reveals another side of stardom, one that captures a fuller picture of the rich and famous. Heavens knows reporters showcase the seedier side of stardom with vigor.

So what happened when Limbaugh announced his T-shirt mission had raised that massive amount for a noble cause? Not much.

Limbaugh shared the news on his nationally syndicated show and Fox & Friends. Fox News reported on the massive haul. So naturally, did RushLimbaugh.com.

And that’s where it ends, according to a good faith Google News search. No media coverage for the next 24 hours.

The film, out this fall, examines how free speech is under attack both on and off college campuses. A good faith Google News search on the win revealed no major news sources covered the win. 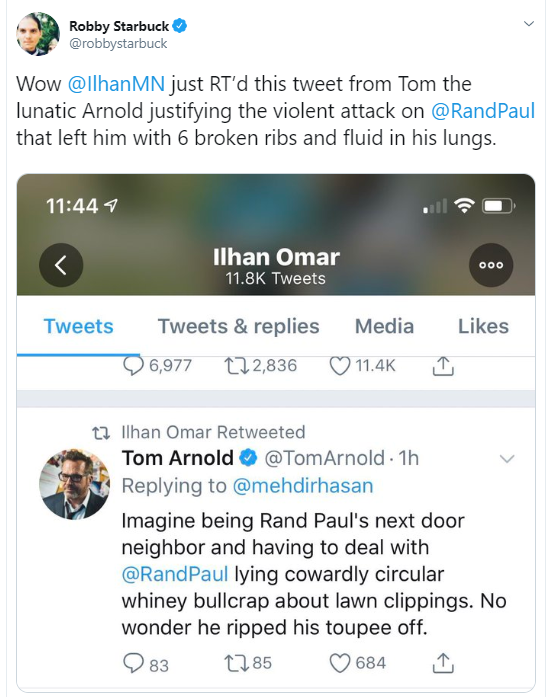 The Omar connection makes this a straight news story. The Arnold angle? Now, it’s a Hollywood item. So did any Hollywood site report on it? TheWrap.com? Deadline.com? Variety? The Hollywood Reporter?

Of course not. It reflects poorly on Omar, and so entertainment scribes chose not to share it.

To their credit, both Mediaite.com and Newsweek covered the Omar Tweet. They’re the exceptions proving the rule anew.