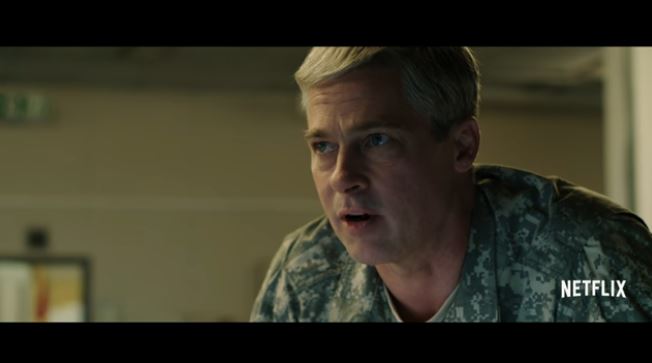 Will the new wave of Middle East war movies paint a fair and balanced portrait of U.S. soldiers?

Once upon a time Hollywood declared war against President George W. Bush’s war.

Stars, collectively aghast at the Iraq invasion, appeared in a series of films tied to the U.S. military’s Middle East missions.

In the Valley of Elah. Rendition. Redacted. Lions for Lambs. Green Zone. Stop-Loss. Grace Is Gone.

None reflected positively on the missions in question. Some directly lied to make the Bush administration look corrupt (that Green Zone finale). All were told while American men and women were still in harm’s way. That’s different than the ’80s glut of Vietnam War movies released years after the final shots were fired.

And every single movie above tanked at the box office. Some in spectacular ways, like Brian De Palma’s Redacted. That film, depicting two U.S. soldiers as child rapists, made $65,388. Critics were generally unimpressed. Awards season buzz for each? Almost nonexistent.

The folks behind these films had more on their minds than Oscar glory, though. Stars spoke out aggressively against the war in Iraq even before hostilities began. They marched in the streets and railed against the president’s plans in the press.

The aforementioned films were an extension of their activism.

The next few weeks boasts four films featuring U.S. soldiers in the Middle East. Has the passage of time allowed filmmakers to push propaganda aside and tell compelling yarns? Or are filmmakers still eager to smite the war effort … and those who set it in motion?

Sand Castle features Warm Bodies star Nicholas Hoult as a reservist shocked to learn he’s going to war, not just paying college bills with his military commitment. The early reviewers dubbed Sand Castle generic to the core. Critics complained it touches on the usual Iraq War movie tropes – distrust with the locals, the horror of door-to-door combat and the sour feelings from an unclear purpose.

Sounds like the Netflix original would be welcomed by 2000-era Hollywood.

The same may not be true for War Machine. Brad Pitt stars in this May 26 Netflix release, a satire targeting the U.S. effort in Afghanistan. Pitt’s mere presence suggests the stakes are much higher. It’s rare, but not uncommon, for an A-lister to make a streaming original. Still, the lengthy Afghanistan campaign packs a more bipartisan spirit.

President Bush sent soldiers to the war-torn nation shortly after the events of 9/11. President Barack Obama retained the U.S. troops presence despite vows to wind down the military effort. 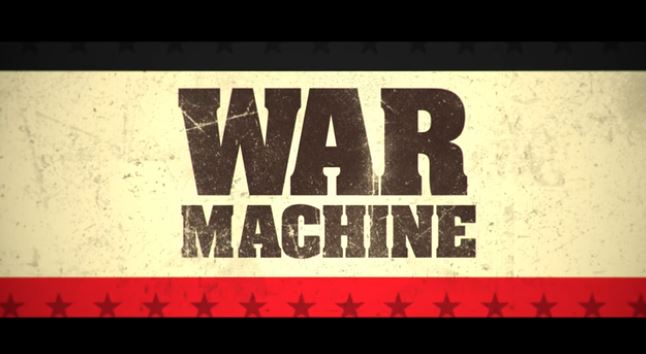 The film’s trailer suggests the government is the real villain. Pitt’s character realizes his gung-ho posturing is at the service of an immoral campaign. That likely won’t be met with cheers by the soldiers currently stationed overseas. It doesn’t necessarily suggest a partisan hit piece.

The Wall (May 12) zooms in on a very personal struggle between two U.S. soldiers pinned down by an Iraqi sniper. John Cena and Aaron Taylor-Johnson star in a film which may avoid the politics of the war entirely given its tight focus.

Any savvy marketer knows an overtly anti-American war story has a tougher chance of making its money back. So if The Wall goes the Bush-era route those sequences may not make the trailer cut.

Kate Mara stars in the title role, the fact-based story of a U.S. Marine who forms a bond with her I.E.D. sniffing dog. The trailer suggests keeping some Kleenex nearby over soapbox sermons on the futility of war.

Two of the four new films are Netflix productions, which means the viewing numbers won’t be revealed. The streaming service generally avoids sharing detailed numbers on how many times a title is streamed.

Both The Wall and Meagan Leavey hit theaters during the competitive summer movie season. That means their chances at box office glory are slim, above and beyond the subject matter.

Still, the range of stories being told suggest a less ideological take on a fractured chapter of U.S. military actions. And, since so many people glean their sense of the past via pop culture, that’s an improvement on Hollywood’s first draft of recent history.