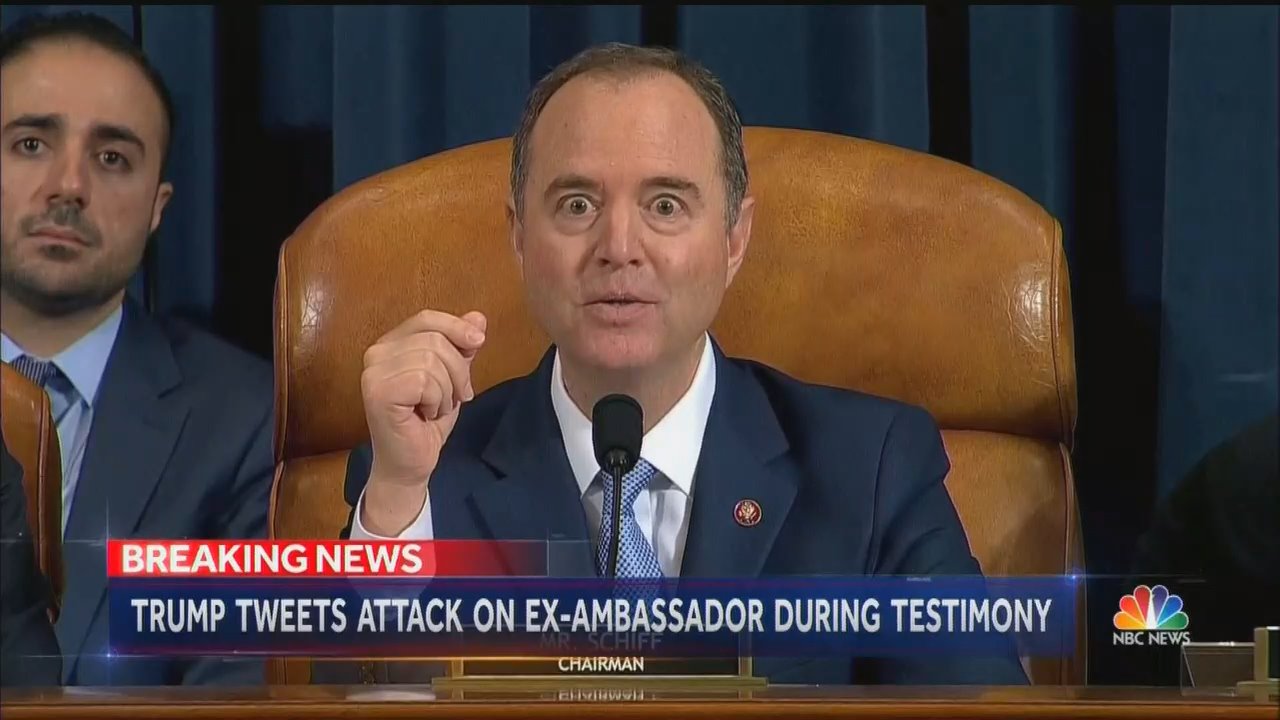 Our media elites arrogantly lecture about our democracy being undermined by robotic propaganda, but do they ever listen to themselves talk about the Democrats? Somehow, they think their robotic propaganda is just telling the “truth.” The press came to witness the Senate impeachment trial, and Adam Schiff had them at “hello."

No member of Congress has been more dramatically partisan in this war on the Trump presidency than Schiff. Did you know he’s the second coming of Abraham Lincoln at Gettysburg? Check out this list.

1.“I think it'll go down as one of the great performances...He just shreds the other side every time he gets up,” claimed MSNBC’s Jonathan Alter.

3. CNN legal analyst Jeffrey Toobin called it “dazzling...really remarkable. It was the second best courtroom address, since it's like a courtroom, that I ever heard.”

4. On Twitter, Washington Post reporter (and Russiagate enthusiast) Greg Miller oozed: “the way he has handled impeachment will leave a mark on history, exceeding nearly all contemporaries.”

6. ABC’s Terry Moran added “It was meticulous and well-organized. It was grounded in evidence, which he recited and arranged in a comprehensive narrative. At times, he tried to rise to a level of eloquence and to stir a sense of responsibility for the Senate.”

7.  MSNBC’s Jason Johnson insisted Schiff wasn’t just talking to senators. “He was speaking to 100 years in the future. This is a speech that kids will be giving in 2060 at university projects.”

8. CNN’s Paul Begala seconded that emotion: “I believe what Adam Schiff said yesterday is going to be studied forty or fifty years from now.”

Then these people wonder why Americans watch Fox News instead! To love Schiff’s case, you have to believe that a single phone call to Ukraine’s president is somehow an impeachable offense on the level of treason and bribery.

What’s entirely missing from this tsunami of saccharine sentiments is an important counter-argument. Schiff has lied and manipulated this entire process. Schiff’s staff was working with the Ukraine “whistleblower” in August, before his complaint was filed. But then Schiff lied shamelessly on MSNBC on September 17. “We have not spoken directly with the whistleblower.” Two days later, he lied again when he thanked Michael Atkinson, the inspector general for the intelligence community, without whom “we might not have even known there was a whistleblower complaint.”

The “fact checkers” actually tagged Schiff on this, but how serious was their evaluation? Consider this: PolitiFact was founded in 2007, and this was the first time they’ve ever found an error in his statements. Since 2012, Sen. Ted Cruz has been subjected to 142 fact checks, while Schiff has two.

The dishonesty of Schiff emerged again during the trial, as when he mischaracterized text messages from Ukrainian scandal figure Lev Parnas to Trump lawyer Rudy Giuliani. As usual, the Schiff-adoring networks skipped right over Schiff’s lies.

But they lecture us about the integrity of democracy.