The war on Christmas marches on. Secularists -- let's say it: atheists -- are leaving no stone unturned. Supreme Court Justice Neil Gorsuch said “Merry Christmas” in an interview on Fox & Friends. Leftists pounced, complaining this was a “talking point for the GOP.”

A new Rasmussen poll shows strong majorities favor saying "Merry Christmas," celebrating Christmas in public schools, and religious displays in public areas.  But Hollywood sees that old-time religion as a relentless nightmare of oppression. Christmas makes them want to tear the roof off of a Nativity set. They vent through the vehicle they know will resonate: entertainment television. Here it is, no-holds barred hostility, starting with Santa.

1. On Fox’s Family Guy, a shopping-mall Santa Claus rocks a high-school girl to orgasm on his lap. After she searches at all the local malls until she finds her creepy Claus, this stranger offers her a speech about her new sexual discovery, and suggestively tells her “I know what each and every person needs for Christmas.”

2. On Comedy Central’s South Park, Santa Claus wreaks havoc on the town by banning alcohol (to stop drunk driving accidents), and then he bans marijuana that had been laced with cocaine (which led to more accidents). So the man making the cocaine-laced pot starts selling pure cocaine, which leads to Santa sneaking into all the homes at night to steal all of that drug. Finally this drug dealer convinces Santa to try the cocaine, and Santa marveled at how “clean” it was. Then Jesus appears, and Santa offers him the cocaine. “It’s a good high,” Jesus agrees, so he performs a “Christmas miracle,” making the cocaine fall like snow over the town so everyone could enjoy the addictive drugs.

Yes, 'tis the season to be bigoted, and yes, the Lord is the target. 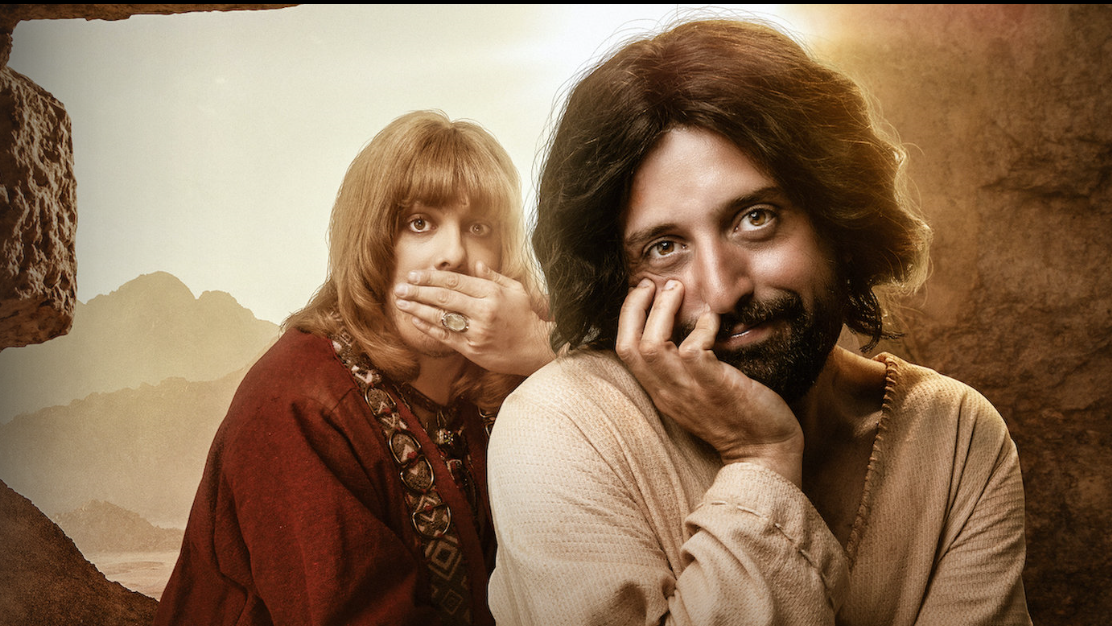 3. Netflix put a sick twist on the Christmas movie by streaming a Brazilian comedy film called The First Temptation of Christ, about a homosexual Jesus going home for the holidays and introducing the rest of the Holy Family to his flamboyant new boyfriend Orlando.

That's not enough, apparently. The 46-minute Christmas special also includes the Virgin Mary smoking a joint, the wise man Melchior hiring a prostitute, and Jesus getting high off “special tea.”

4. Showtime has rebooted the lesbian drama The L Word, which in its last iteration dreamed of aborting George W. Bush before he could become president. On the new series, a lesbian character shocks her lover by coming “out of the closet” to reveal she’s a minister of the (LGBT-oriented) Metropolitan Community Church. The lover is shocked: “You're, like... married to Jesus, right?” The minister slyly answers “Yeah. I am. But it's an open relationship. Sexually, I mean.”

It’s sad to say that all of this feels like recycled garbage. No one is thrilled by these shopworn atheist pranks. No news network finds any of this newsworthy. But the networks have found another outrage of interest and leapt on it.

This time it was the Hallmark Channel, perhaps the last "safe zone" for families honoring Christmas. The LGBT fascists declared war on the network after it failed to air an ad during their usual holiday fare for the wedding website Zola that featured lesbians kissing. The networks were completely in sync with their allies in the gay community. The Hallmark surrender came quickly, and everyone cheered.

So to sum up: turning Jesus into a gay druggie is not an outrage. Sparing a family audience from a lesbian kiss is an outrage. No wonder they're upset when a Supreme Court justice says "Merry Christmas."