The Pew Research Center, firmly ensconced inside the liberal establishment, has a new poll that worries them sick. (Perhaps not as much as the new USA Today survey that shows Trump now defeating every single Democrat opponent.)

They’re concerned and confused about a dramatic difference in skepticism about the media between Democrats and Republicans. 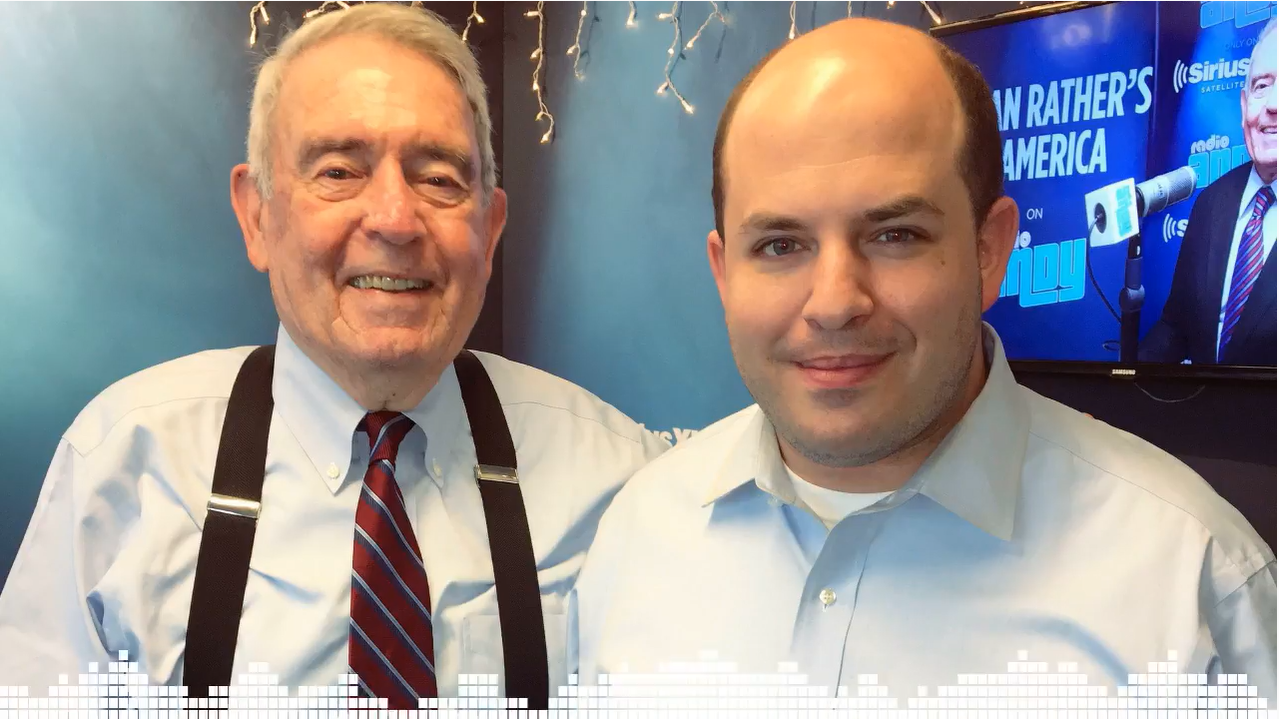 The two parties are going in diametrically opposite directions.

Pew’s poll question wasn’t specific about “ethical standards.” But we can guess that many people are responding to the media’s commitment to objectivity. Are they in the business of reporting, or advancing an agenda?

Democrats are invested in the idea that the media will affirm their beliefs, which makes them guardians of truth, honor, beauty and anything else they think is Not Trump. Republicans see the media as affirming all the Democrats’ beliefs, which undermines any claim to independence.  (Photo of Dan Rather and Brian Stelter from YouTube.)

The already threadbare notion that the press was a nonpartisan and objective referee lost any tether to reality when Trump came down the escalator and declared his presidential campaign. They mocked the implausibility of President Trump. He soon denounced them as “scum,” and they have ardently opposed him and portrayed him as an unhinged buffoon ever since.

In other words, Democrats and Republicans alike are confident that the media will help the Democrats wage war on Team Trump and achieve their version of a Great Society, with a “Green New Deal” and “Medicare for All.”

That starts with impeaching and removing President Trump from office. “Facts” will not put the slightest brake on the impeachment wagon. The new report from the Justice Department’s Inspector General offers loads of evidence for the strong distaste that Republicans and Trump backers have toward the media. They were deeply invested in a false narrative of Trump campaign collusion with the Russian government, spurred on by a wildly unreliable “dossier” of gossip circulated and funded by the Clinton campaign. The fake media were openly hostile to any facts that didn’t line up with that narrative, and even now, they insist IG Michael Horowitz’s damning new factual findings are somehow still part of an unsubstantiated “conspiracy theory.”

No one in the press demonstrated an ethical standard by responding to the Horowitz report with a confession they they were wrong for pushing a false narrative and sleazy dossier. Instead, they expressed shock and disgust that pro-Trump media outlets were still resisting their crusade. How can anyone disagree that Trump must be impeached? They must all be pawns of Russian disinformation specialists.

Disinformation? No one does it better than the press.