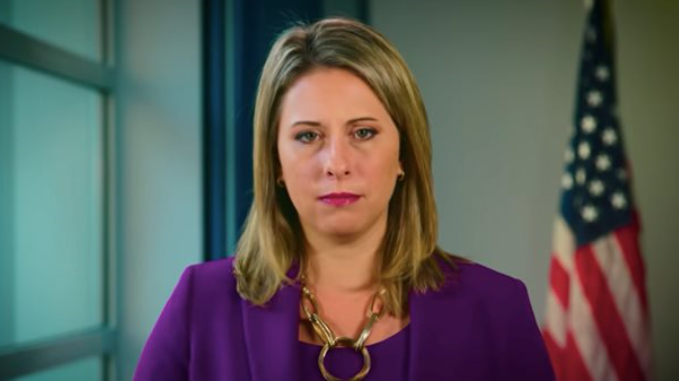 California congresswoman Katie Hill resigned her office after only ten months on the job…and it didn’t sound like she did it willingly. Hill admitted to an affair with a female staffer on her campaign, and denied an affair with her male Legislative Director in her congressional office – a violation of House ethics rules.

A few websites – RedState and the Daily Mail -- posted pictures of a naked Hill brushing the hair of her female love interest. Hill blamed her husband, since they are engaged in a nasty divorce.

On her way out, Hill was honored by the media elites for giving a podium-pounding farewell address claiming she was victimized by a sexist double standard. This was downright bizarre, when anyone with some experience in Washington can cite careers ended by sex scandals -- Republicans like Sen. Larry Craig, or Rep. Mark Foley, or Rep. Christopher Lee, and most recently, Democrat Sen. Al Franken. Hill was the pioneering female in this parade. It proved there wasn’t a double standard.

The liberals pretended that somehow, as the first millennial member of Congress was ousted over cellphone photos, this was some horrifying new demise for her generation. Charlotte Alter in Time magazine claimed in large type she merely resigned “over nude photos,” skipping over the having sex with people she was employing. Alter changed the subject to the risk to everyone, citing a 2015 poll which found 88 percent of respondents aged 18 to 82 percent said they had “sexted” in their lifetime. This also completely sidestepped the ethical issues of sex with subordinates.

Democrats are always the victims, and never the victimizers.

This kind of creepiness happens to both parties. A man was convicted earlier this year of sending white powder to President Trump’s sons. It’s disgusting to compare that kind of anthrax scare to reporting a sex scandal.

Libertine-left interest groups also got involved. Alphonso David, head of the Human Rights Campaign, told The Hill newspaper that Rep. Hill was victimized as a bisexual. “So it's not unusual or it's not a surprise to conclude that she's being treated differently because she's bisexual," he argued.  Was he sure? “We, of course, don't have any data or evidence to support that."

Who needs evidence? It sounds plausible to the Left.

Speaker Nancy Pelosi insisted Hill was not forced out of office by her party, and decried her "humiliation by cyber-exploitation." Pelosi added she has warned her children and grandchildren that "appearances" like Hill's "can come back to haunt you if they are taken out of context."

But the only people wrenching Hill's reckless sexual behavior with her staff out of context are the liberals.