Freedom of speech is in the First Amendment for a reason. Freedom begins with the ability to speak your opinion without fear of censorship or violent reprisal or imprisonment. This is a precious human right, not something that most countries in the world revere like we have. But here in America, free speech is most dangerously under attack in the one place you would not expect: the universities. 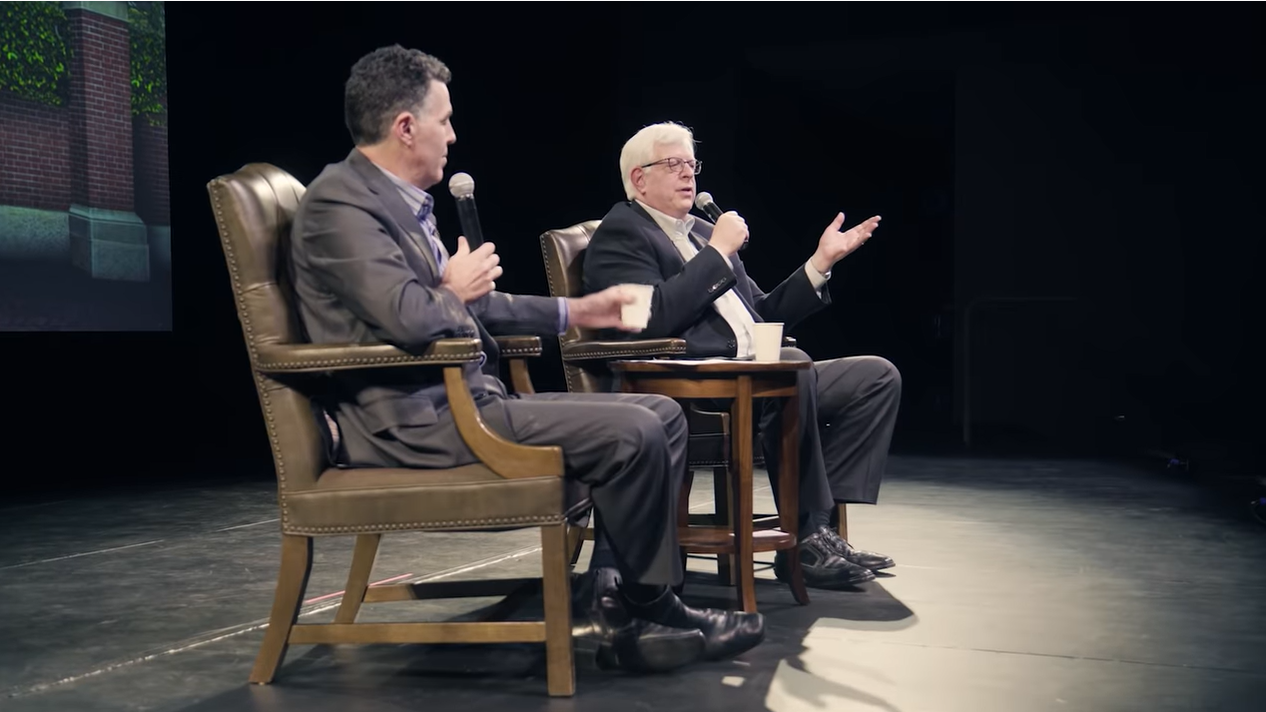 Dennis Prager and Adam Carolla have created a new documentary on the subject called No Safe Spaces. Prager announces near the outset that a Pew Research Center survey found 49 percent of college students do not support free speech if it’s designated as “hate speech.” He asked, “Do you know how moronic that is? The issue of free speech doesn’t apply to love speech. Nobody ever threatened love speech.”

The documentary includes Carolla testifying before Congress about the current generation on campus. “They grew up dipped in Purell, playing soccer games where they never kept score, and watching Wow! Wow! Wubbzy! And we’re asking them to be mature.” He can’t stand the idea that radical students are running the campus, while the administrators surrender. “We need the adults to start being the adults.”

Then there are chilling examples of how the Left wants to censor speech they don’t like. One white woman reads into a microphone, “There will be resistance, and it will not be peaceful. Resistance to violent hate speech is not another act of hate. It is an act of love.” Later in the film, her rant continues: “There is no free speech for fascists. Their words are violent, and for every action, there is an equal and opposite reaction.”

Obviously, the main targets of censorship at American colleges are the conservative speakers who are invited in to speak. They may seem like rare external threats when the faculty doesn’t have any troublesome right-wingers to challenge them in the classroom. “When you are conservative, you are not wrong. You are evil,” Prager summarizes. “They have to think you’re evil. Otherwise, they have to debate us.”

But the film also explores liberal professors and teaching assistants being punished for crossing the speech police. We’re glad we’ve reported on some of these, like Nicholas and Erika Christakis at Yale, who they crusaded to drive off campus for expressing the sentiment that children should be allowed to choose their own Halloween costume.

The central exhibit is Bret Weinstein, who was forced out at Evergreen State College in Olympia, Washington, after he, as a white male, dared to show up and teach during a “Day of Absence,” when all white people were supposed to avoid coming to campus.

And they bring in liberal and leftist voices, like Van Jones and Alan Dershowitz, to defend free speech. The most prominent one is President Obama. "Anyone who comes to speak to you and you disagree with them, you should have an argument with them," Obama said at an education town hall in 2015. "But you shouldn't silence them by saying 'You can't come because I'm too sensitive to hear what you have to say.'"

By the film's end, you can sense that the censorious excesses have been punished. But it certainly doesn't mean this problem is over. Free speech on campus is an ongoing battle, so this movie needs to be seen, far and wide.