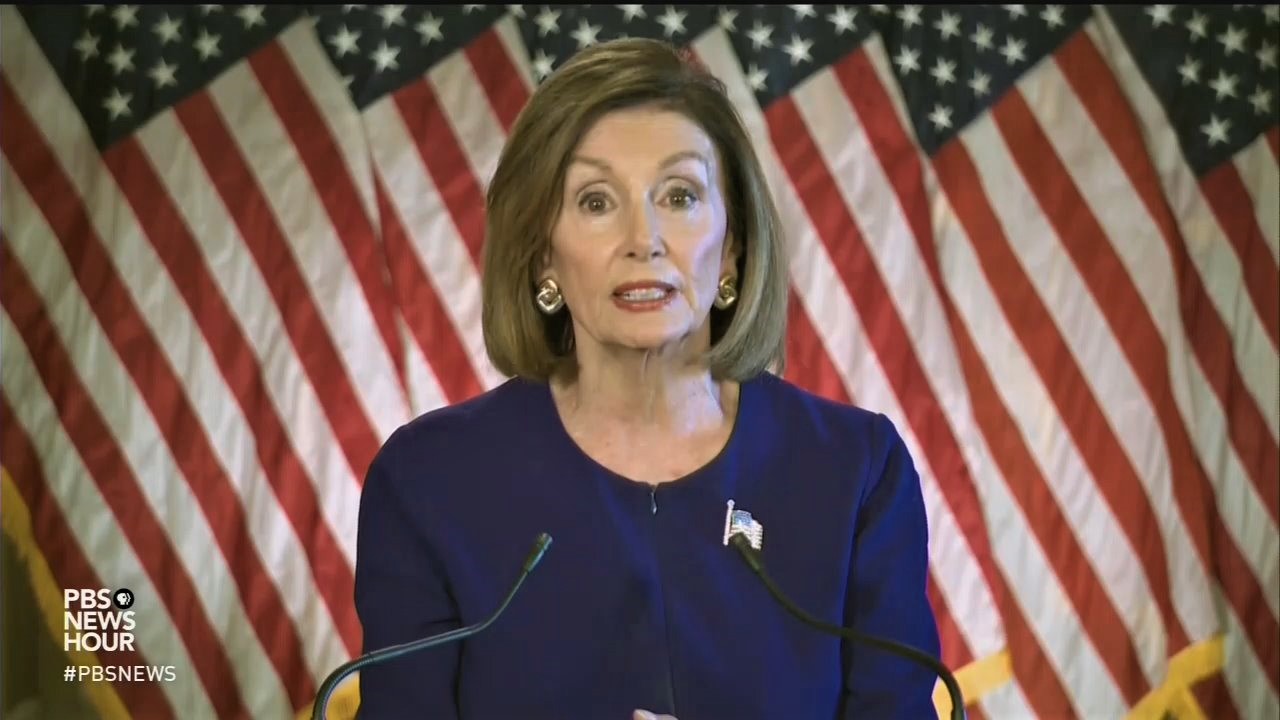 When House Speaker Nancy Pelosi finally announced she would support an impeachment process, she was bowing to left-wing extremists who have never accepted the 2016 election results.

And Tinseltown is positively giddy.

After the election, celebrity leftists made a video urging the Electoral College to reject the actual election results. That didn’t fly, so then came a celebrity video from "Humanity for Progress" urging that all Trump's Cabinet nominees be rejected. "The majority of Americans, regardless of who they voted for, did not vote for racism, for sexism, or for xenophobia! And yet Donald Trump won," they proclaimed.

Comedian Patton Oswalt is probably feeling vindicated, since he tweeted after the election: "We survived 8 years of Bush. We can survive 2 1/2 years of Trump."

The late-night comedians were delighted with Pelosi’s announcement, so much so that all propriety was cast aside. Conan O’Brien on TBS was the nastiest, suggesting the president was a murderer. “Trump was furious and said this is nuts. 'I've done way worse things. This?? I've killed people! What are you talking about?'” His sidekick Andy Richter, a seriously hateful leftist, added “That's almost not even a joke.” How correct he was.

Comedy Central’s Trevor Noah drew enthusiastic screams for asking “Is this finally happening?” He gushed: “It's impeachment, which Trump hates, plus articles, which he hates even more…And if you thought Trump was unhinged before, I can't even imagine what he's going to be like now! Like, he's been crazy! Can you imagine what he's gonna be like now?”

The usual suspects were full of themselves. Bette Midler: “#ConaldTrump [sic] brought this on himself. The Democrats were cautious until the last straw. [What planet is she on?] He truly believes he, and he alone, is above the law. If nothing else, he is mentally unfit.”

Kathy Griffin was reminding everyone of her horrific stunt, that pose with a fake severed head of the president: “Trending! #ImpeachTrump Call me an opportunist or call me a genius but admit it, I was aHEAD of my time.”

This qualifies on the Left as "wit."

It was just another day of Trump loathing from director Rob Reiner. “The Liar’s goin’ down," he predicted. "Virtually every elected member of the GOP knows this President has committed numerous impeachable offenses. The time has come. They will either honor their oaths to our Constitution or be relegated to the dustbin of history.”

Mia Farrow added ”Unlike Nixon he won’t resign -- he has no shame. He is much worse than Nixon.”

And of course, if they ever got rid of Trump, what then? They would immediately pivot to the next task: ridding America of President Pence. Some are already looking ahead. Top Chef host Padma Lakshmi cheered the Trump news, then added “While we’re at it, can we get rid of Pence as well? He’s a menace and no friend to women, the LGBT community, immigrants... the list goes on and on.”

The entertainment elites believe they are the unusually gifted people. Yes, in American society they are the closest thing to royalty, which suggestion should trigger nausea. But that is a reflection of society. What amazes is that these people actually believe they are royalty, and as such are aghast when the unwashed masses don't see things their way. This latest impeachment attempt only underlines two things.

First, they don't believe in democracy.

Second, as usual, they have no idea what they're talking about, since nothing they're proclaiming will come to pass.