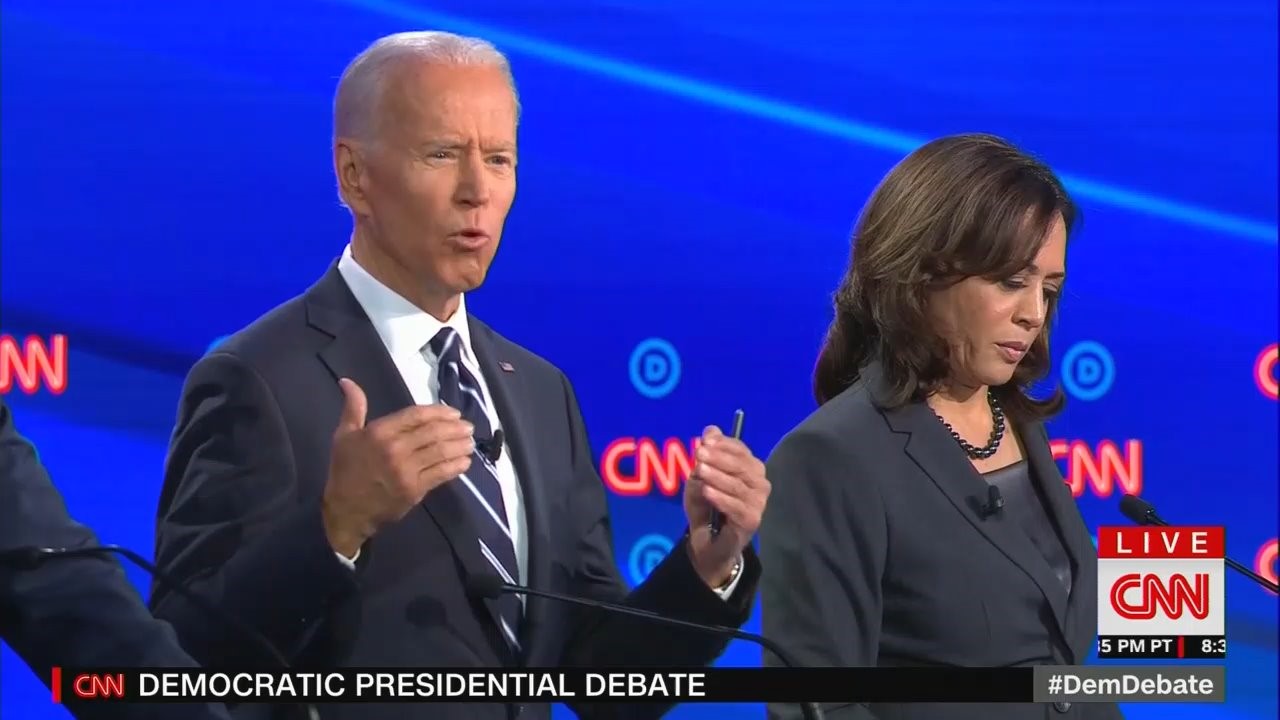 FoxNews.com featured two entirely different takes the morning after the second CNN presidential debate. Two highly respected pundits, one Democrat and one Republican, came away with amazingly differing conclusions, based not on the party lines but on professional debate analysis.

Democratic pollster Doug Schoen declared a winner: “Former Vice President Joe Biden dominated the debate stage and weathered the attacks of nine opponents for the Democratic presidential nomination Wednesday night, emerging the clear winner and standing by his promise to not be ‘overly polite.’”

Trump supporter Liz Peek saw a loser: “What a sorry spectacle it was. Poor Biden, tripping over his garbled defense of his 1994 crime bill support, his vote in favor of the Iraq war, his op-ed opposing tax breaks for childcare, and so much more. Biden was attacked by nearly every rival, each one hoping that the next day’s headlines would show that he or she had successfully skewered the former vice president.”

Schoen: “The former vice president delivered his message compellingly and convincingly. Even during his less strong moments, Biden remained the focal point of the conversation, speaking for over 21 minutes – more than any other candidate on stage.”

Peek: “The other candidates didn’t need to beat up on Biden to make him look weak; he did it to himself. Several times Biden abruptly stopped speaking, presumably in deference to the debate moderators, but more obviously because he was worried he couldn’t successfully complete his thoughts. He frequently fumbled facts, not the least at the end when he projected the dire consequences of ‘eight more years of Trump.’ Someone needs to remind Biden that President Trump cannot serve eight more years.”

Schoen: “Ultimately, the strength of Biden’s performance made it clear that he is prepared to combine the policy knowledge and experience necessary to take on President Trump and potentially win in November 2020. He clearly remains the candidate who will be tough to beat for the Democratic presidential nomination.”

Peek: “Biden also came armed with facts and history with which to take on his rivals...Biden landed only glancing blows, his delivery rumpled.”

Schoen’s big star among the also-rans?  “Rep. Tulsi Gabbard of Hawaii scored points against Harris while addressing criminal justice reform and race. Gabbard took aim at the racial implications of Harris’ tough-on-crime record as a California attorney general, leaving Harris without a rebuttal on an issue that the senator commanded during the last debate.”

Peek found someone else: “Businessman Andrew Yang, who astonishingly has earned an average 1.8 percent in the polls... stuck to selling his plan to give every adult American $1,000 per month....Yang offered up one of the few clever lines of the night, proclaiming himself “the opposite of Donald Trump, an Asian who loves math.”

Schoen’s view of that? “Yang did not have a resounding debate moment.”

What’s the point here? Reporters will likewise have differing takes on that debate – any debate. Who won, who lost. Who scored, who missed. Who is in and who is out.  Their prose may not be as edgy as an editorial, but the thrust is the same, and it goes to show everyone observing politics has a bias.