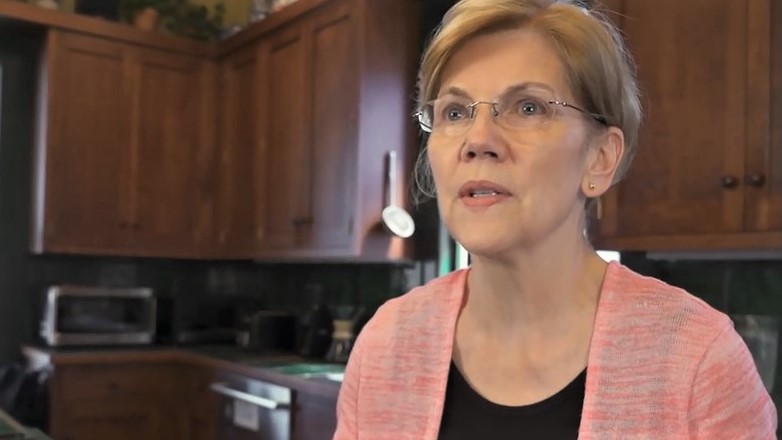 So Sen. Elizabeth Warren has announced she commissioned a DNA test to address her long-standing claims to have Cherokee ancestry. The Boston Globe reported Warren’s DNA analysis “suggests she’s between 1/64th and 1/1,024th Native American.”

There were two ways to understand this story.

Let’s start with some sobering reality. Cherokee Nation spokesman Chuck Hoskin issued an angry statement: “A DNA test is useless to determine tribal citizenship. Current DNA tests do not even distinguish whether a person’s ancestors were indigenous to North or South America...Using a DNA test to lay claim to any connection to the Cherokee Nation or any tribal nation, even vaguely, is inappropriate and wrong.”

Donald Trump had a field day calling her “Pocahontas, sometimes referred to as Elizabeth Warren.” So, too, did millions of others. Her ploy – her “proof” of Indian heritage -- was met by guffaws because it proves just the opposite, and she’s too arrogant to see it.

By her own test, Warren’s ancestry is 95 percent white European. Yet for years, she listed herself as a minority as a college professor. As bizarre as it sounds, the Fordham Law Review carried the sentence “Harvard Law School hired its first woman of color, Elizabeth Warren, in 1995.”  Warren even announced she was “Cherokee” in five recipes for a cookbook called Pow Wow Chow.

She insisted in a 2012 debate that “I listed myself as Native American,” based only on her own family’s legends. She wasn’t on any tribal list. She denied she ever used this legend to get a job, but Harvard thought it was “diversifying” the faculty by hiring her.

There’s a word for a person who does this for years, with complete knowledge she had nothing to back it up. It’s “liar.”

Then there’s the second way to understand this story. To the Trump-hating press, preparing for the 2020 presidential campaign, this is all about Trump offensively using the nickname “Pocahontas” to mock Warren’s little Indian game. He had joked he would pay Warren a million dollars for her favorite charity to take a DNA test....if it “shows she’s an Indian.” The DNA test proved she is basically as Indian as we are (and we’re not). But don’t tell the “news” people.

The evening newscasts presented this as Warren’s slam-dunk rebuttal of Trump, who should feel embarrassed for mocking her. “President Trump, who calls her ‘Pocahontas’, has suggested he would pay $1 million to a charity if she took a DNA test to prove her heritage. Tonight, she says it’s time to pay up,” gushed ABC anchor David Muir.

None of these supportive network evening newscasts – on ABC, CBS, NBC, and PBS – mentioned Warren listing herself as a minority for years as a college professor, and none of them could locate the outrage from the Cherokee Nation. None concluded she is a fraud. If this outbreak of cheerleading for Warren’s rampant dishonesty is going to mark the beginning point of media coverage of the 2020 presidential campaign, it’s off to a dismal start.