There’s a swagger in her step as Cecile Richards conducts a book tour around the media surrounding her departure from the summit of Planned Parenthood after 12 years. Call it a victory lap. Everywhere she goes, adoring liberal interviewers ask her if she’ll run for office next. After all, it’s not like she has millions of little skeletons in her closet. 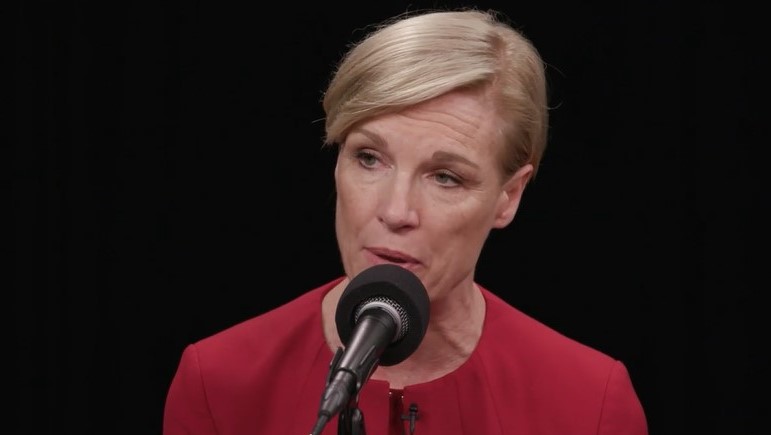 Vanity Fair magazine oozed over Richards at the abortion conglomerate’s “Spring Into Action” gala in New York City. The headline was “Planned Parenthood’s Future Is So Bright, They’ve Gotta Wear Pink.” They eagerly recounted telling details like the “Smash the Patriarchy” cocktails and buttons with the vulgar Planned Parenthood motto “Don’t F--- With Us, Don’t F--- Without Us.”

In our secularized culture of death, Richards is projected like a “civil rights” icon –  the white, female version of Martin Luther King Jr. No one found any irony whatsoever when she was honored with other “social justice warriors” on the stage of the Oscars...in the same category as a co-founder of Black Lives Matter. Black lives mattered to Planned Parenthood founder Margaret Sanger, a racist who wanted her organization to curtail reproduction of races that “still breed carelessly and disastrously.”

Similarly, no one in the liberal media did a double take when in the interview with Vanity Fair, Richards was asked to name her most treasured possession. She said “My blue Shirley Temple cup. The Reverend Billy Graham baptized my mom with it when she was a girl.” Try to pair that with this next question and answer: Vanity Fair asked which historical figures she identified with, and she replied, “The witches of Salem.”

In her new book, titled Make Trouble, Richards recalls how she first made trouble almost fifty years ago at the age of 11, refusing to recite the Lord’s Prayer with her class at University Park Elementary School in Dallas.

It’s easier to play God with the lives of the unborn when you don’t follow God’s inconvenient commandments.

No broadcaster ruined the Planned Parenthood boss’s book tour by asking about the sale of the body parts of aborted babies. They barely even mentioned abortion. Time magazine’s Belinda Luscombe ably demonstrated how the liberal media negotiate around the hard facts of what was unforgettably proven by the hidden cameras of the Center for Medical Progress (CMP).

“In 2015, Richards faced five hours of mostly hostile grilling by Congress after some activists released video purporting to show that the organization illegally sold fetal tissue,” Luscombe wrote. Ten hours of damning and skin-crawling videotape is dismissed as “purported.” Try to imagine Time writing about the “purported” images of prisoner abuse at Abu Ghraib.

The Time writer added parenthetically: “(Several investigating committees found nothing illegal, and the activists behind the footage later faced felony charges, which are ongoing.)” The crime? Recording abortionists without their consent in California, a “two-party” state, at least on the matter of taping conversations.

In the alternative universe of our culture of death, the activists exposing the abortion industry are the real criminals. By contrast, it’s considered “genial, engaging, and humorous” by Katha Pollitt in The New York Times Book Review when Richards refers to CMP in her book as “almost like dealing with kidnappers.”

But the media are hailing Richards as a “heroine of the Resistance” and “a righteous defender of the vulnerable.” Who’s most vulnerable inside a Planned Parenthood clinic? The aborted aren’t an after-thought. They are no thought at all.