The smoke hadn’t cleared from the airport in Brussels and already the press was issuing its typical lament: This will only stoke Europe’s “right wing” and spread “rampant Islamophobia.” 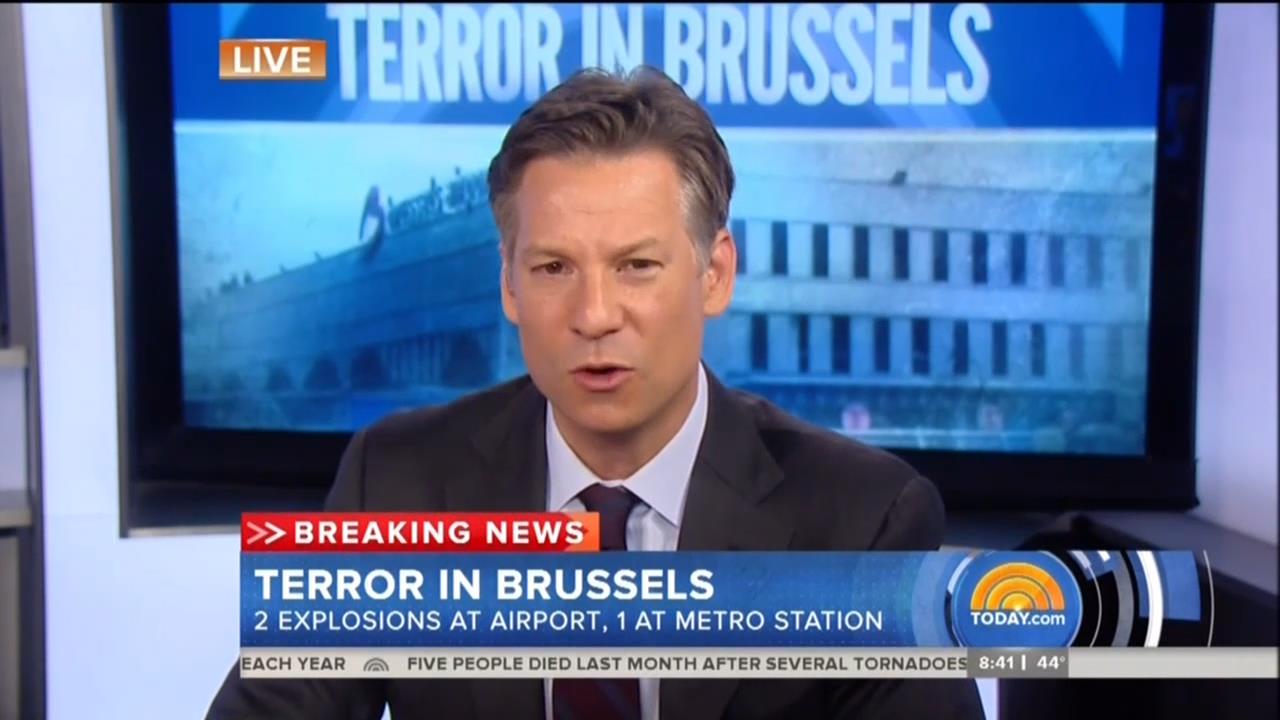 NBC’s Richard Engel complained on the Today program that “We're already seeing the rise of the right wing. We're already seeing rise of hate attacks, where people will use the kind of terrorist attacks, these kind of incidents, to vilify all of the Muslim community. Which, of course, only makes the situation worse. Because then people feel isolated, ostracized, ghettoized, and they retreat into their own communities.” He cited gains for “right wing parties” in recent German regional elections.

But what is unreasonable about Europeans responding to Islamic jihad movements by voting to restrain the immigration of large groups of Muslim refugees from Syria and other countries? Why isn’t it considered rational to carefully consider who’s allowed to enter your country? Can’t they imagine that restricting immigration might prevent terrorists from getting in?

Earlier in the show, NBC correspondent Tom Costello (who has family members in Belgium) spoke for those who are put in a “right-wing vilifier” box. It was a welcome departure from the norm.

“I think if you talk to Belgians, and I know many of them because they’re family members, they will tell you that over the last 20-25 years they have felt like they are losing their country,” he said. “They have felt like because Belgium has such an open immigration policy over the last half century in which they have really allowed almost anybody, especially from these areas that are now breeding terrorism, they’ve allowed these people to come in as refugees, and yet, many of them are not being thoroughly vetted.”

His was the exception to the rule. By mid-morning, NBC’s Savannah Guthrie asked Christopher Dickey of the Daily Beast how Europe can balance a natural fear with a desire for normalcy. Dickey responded that “It's a huge political issue because there already was rampant Islamophobia in this part of the world. And now you have a situation where people who were not inclined to look suspiciously at Arabs and Muslims, now they're terrified.”

Dickey then quoted Islamic radical Abu Musab al-Suri, who laid out a strategy ten years ago to go after Europe since “It’s the soft underbelly of the West. We do that, and we will create divisions and dissent and Islamophobia, and eventually we'll create a civil war.” In other words, Dickey and the media believe if the right wing takes the bait and unleashes division and “hate,” then it’s ideal for ISIS.

With that you arrive at Obamaland foreign policy: Decry and do nothing.

It’s not a “hate crime” to resist this unholy war on innocent civilians. It’s a crime not to. Our national media are an obstacle to getting the upper hand in this battle by constantly kvetching about how these attacks are somehow more unfair to the public-relations  image of Islam than they are to the people who’ve been blown to pieces in an airport or train station.