As she runs to hold on to her base against an openly declared socialist in the Democratic primaries, Hillary Clinton is declaring she intends to go even further than President Obama and his radical executive amnesty efforts. She continues to defend Planned Parenthood even after those horrific videos documented the ghastly sale of baby body parts for profit. She is wrapping herself in a gay agenda, viciously attacking religious freedom.

But it’s the Republicans that are the extremists.

Check out The Washington Post. On the front of the August 8 Post came the headline “For GOP candidates, a rush to the right.” Reporter Sean Sullivan harped on abortion and immigration as issues where it could “cause the eventual nominee problems with a more moderate electorate.”

Sullivan claimed on social issues like abortion and gay marriage, “much of the Republican field has now taken positions that are at odds with mainstream American opinion. For example, three out of four Americans say a woman should be able to obtain a legal abortion if she becomes pregnant as a result of rape.” 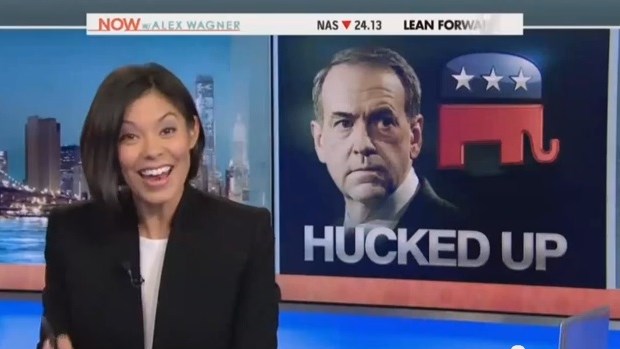 The problem for the Post? The Republican candidates and the Republican platform haven’t really changed on abortion since the last campaign. What’s changed on the Abortion Extremism Meter is liberals demanding Democrats like Hillary defend Planned Parenthood removing “intact fetal cadavers” for sale to the highest bidder. Avoiding this ugliness is where the Post’s yellow-dog Democrat bias comes through.

In Sunday’s paper, here was another headline: “A platform for conservative views: RedState Gathering gives nine GOP presidential candidates – without Trump – room to expand on hard-right positions from Thursday’s debate.” Reporter David Weigel also used that “hard right” lingo in the news story. As an example, Weigel cited Mike Huckabee deriding “paid transgender surgery for members of the military.” It is somehow extremist for Huckabee to warn of the next step of left-wing extremism. Obama’s Pentagon is surging toward the radicals intent on shredding the “gender binary,” the military rank and file are furious – but to even discuss it is “hard right.”

Doom for the GOP is all over the Post’s pages. Above Weigel’s story in the Post was a story headlined “A look at Donald Trump’s history of flippant misogyny.” On the next page was the headline “Trump’s behavior may imperil GOP chance at White House.”

In the world of the liberal media, everything is always “imperiling GOP chances.”

Saturday’s top editorial in the Post really underlined the media tendency to exile conservatives in their own minds. The headline on the Web was “Only a handful of GOP candidates are living in the real world.” After the first debate, the party was divided by the “electable ones” – Jeb Bush, John Kasich, Chris Christie, and Lindsey Graham – and everyone else on the “GOP fringe,” those who are “frighteningly out-of-touch.”

So the tendentious Post classifies every conservative as incapable of “living in the real world.” But in the real world, Ronald Reagan in 1980 was certainly considered “hard right” and outside the left-tilting political spectrum of the 1970s, and yet he won in a landslide....twice.

How the Posties must recoil at the NBC poll over the weekend. The top five: Trump, Cruz, Carson, Fiorina, and Rubio. Who, exactly, is “frighteningly out of touch” here?