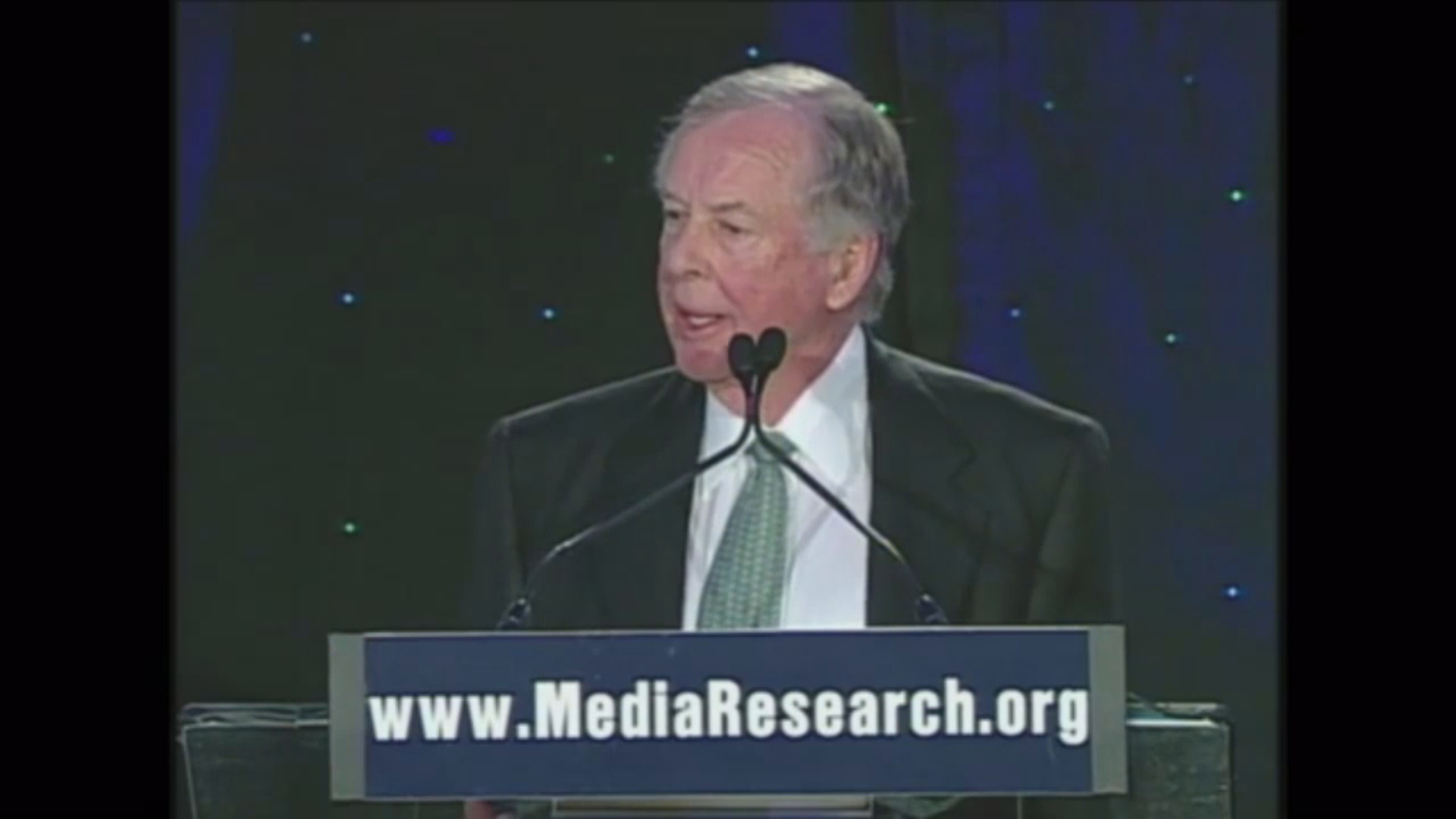 Business tycoon T. Boone Pickens passed away this past week at age 91. In 2005, he took part in the Media Research Center’s “DisHonors Awards: Roasting the Most Outrageously Biased Liberal Reporters of 2004,” where he accepted, in jest on behalf of PBS’s Bill Moyers, the “Send Bush to Abu Ghraib Award.”

Pickens offered a humorous allegory about a cowboy with a rattlesnake and wrapped up with a joke about a monkey in tree, both to convey his scorn for the news media. (Video below)

His remarks came during the MRC event held on Thursday night, April 21, 2005 before an audience inside the J.W. Marriott hotel in Washington, D.C.

Bill Moyers: “There have been 37,000 civilians killed in Iraq, or as many perhaps as 100,000. Why is abortion a higher moral issue with many American Christians than the invasion of Iraq and the loss of life there?”

Sister Joan Chittister: “Could I ask you that question? Because that is the moral question that brings me closest to tears. I do not understand that, Bill. You see, I’m absolutely certain that some of the people that we’re killing over there are pregnant women. Now what do you do? Now what do you do? That’s military abortion.”

Moyers: “Somebody said to me — that’s what?”

Chittister: “That’s military abortion. Why is that morally acceptable?”

Moyers: “Somebody said to me the other day that Americans don’t behead, but we do drop smart bombs that do it for us.”