Brinkley: 'Heart of Stone' Trump Most Racist Since Woodrow Wilson 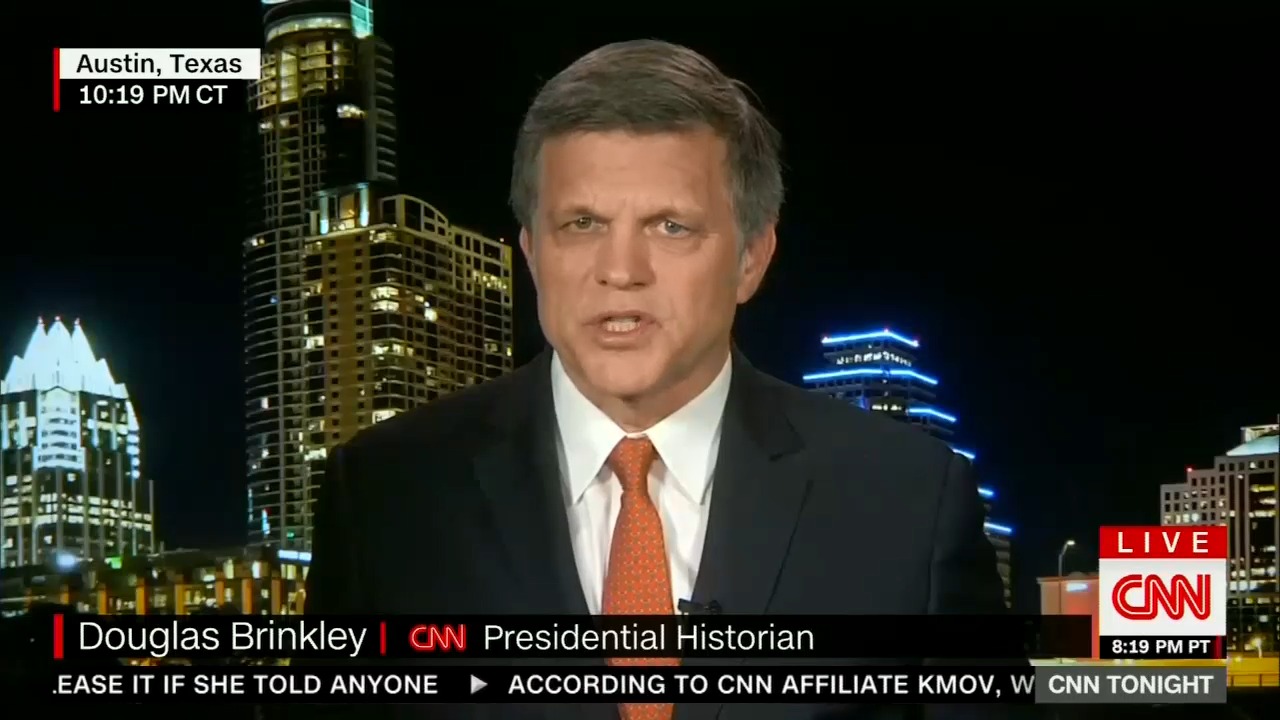 On Thursday's CNN Tonight, during a discussion of President Donald Trump reportedly using incendiary language to refer to Haiti and other Third World countries, CNN presidential historian Douglas Brinkley declared that Trump is "the most racist President since Woodrow Wilson," and suggested he might even be worse.

He went on to complain that Trump has a "heart of stone" compared to other recent Presidents and, referring to Martin Luther King Day weekend, asserted that he does not have "any right to mention" the iconic Civil Rights Movement leader's name.

When host Don Lemon turned to Brinkley at 11:19 p.m. ET on the January 11 show, he began by referring to reports of racist comments made by Presidents in the past that were made in private, and then posed: "Is there any excuse for that kind of ignorance now in 2018?" Brinkley responded:

Absolutely not. I mean, Donald Trump is the most racist President since Woodrow Wilson, and he probably at this juncture with "shithole gate" beats Wilson out. He has no compassion for people of the world, Donald Trump.

Wilson infamously used the White House to hold a viewing of the pro-KKK film Birth of a Nation.

The CNN historian then recalled recent Presidents like George W. Bush and Jimmy Carter who have been known for supporting compassionate causes, and then added:

All of our former Presidents in recent times have love and compassion in their heart. Donald Trump has a heart of stone, and he doesn't like these people. And I think we need to have religious leaders now speak out.

Brinkley soon complained because elected Republicans did not call out and condemn Trump's comments immediately after they reportedly happened:

Tonight to me is some kind of tipping point. I know it's just another Trumpism, but there's no sane person that can say that this isn't just blatant racism that we heard uttered out of the American President's mouth. And where is Lindsey Graham? Were is Tom Cotton?

They were there. Where's their tweet? They're always running to go do their interviews on television. Denounce the President on this one loud and clear. It's a loser in history to hitch your kite with Trump on this one.

Host Lemon then informed viewers that the President just recorded a statement for Martin Luther King Day, and read from an online commentary by CNN's John Blake in which he called Trump "the incarnation of the white backlash against the nation's first black President."

The CNN host asked Brinkley if he agreed, leading him to respond: