On Friday's Real Time on HBO, far left host Bill Maher seemed to be in a panic over the possibility that Donald Trump will be elected President, as he repeatedly hit on his worries that there is a "slow-moving, right-wing coup" that will bring to power a "fascist" President Trump, even going so far as to invoke the Rwanda genocide of the 1990s and Nazi dictator Adolf Hitler.

Maher even ended up admitting that he and other liberals "cried wolf" in their attacks on President George W. Bush and GOP candidates Mitt Romney and John McCain, calling it a "big mistake" on their part. Maher: "I know liberals made a big mistake because we attacked your boy, Bush, like he was the end of the world, and he wasn't. And Mitt Romney, we attacked that way. I gave Obama a million dollars, I was so afraid of Mitt Romney. Mitt Romney wouldn't have changed my life that much or yours. Or John McCain. They were honorable men who we disagreed with, and we should have kept it that way. So we cried wolf, and that was wrong."

The first signs of panic came during his opening monologue when he turned serious and warned of a coming "right-wing coup." Maher:

I know this is a comedy show, and I'm going to try to keep it on that level, but it's not f***ing funny. There is a slow-moving, right-wing coup going on. Media, do your f***ing job. Report on this. The FBI has become politicized. They're calling it "Trumplandia." There's a faction in it that is politicized and trying to sabotage Hillary's campaign because they're convinced that she is the devil.

But we have reached peak insanity here. The Russians are creating fake documents to discredit the Hillary campaign, and the Trump campaign tweets them out as if they are real. Republicans are trying to elect a sexually assaulting psychopath who is, if not a Russian agent, unwittingly working as one. And people in America are saying, "Well, it's better than Hillary." No, it's f***ing not! We have to get a grip on reality, reality!

After devoting a substantial portion of the show to a pre-recorded interview with President Barack Obama, the liberal host began the show's regular panel segment by again bringing up his fears of a "right-wing coup." At 10:27 p.m. ET, Maher fretted: 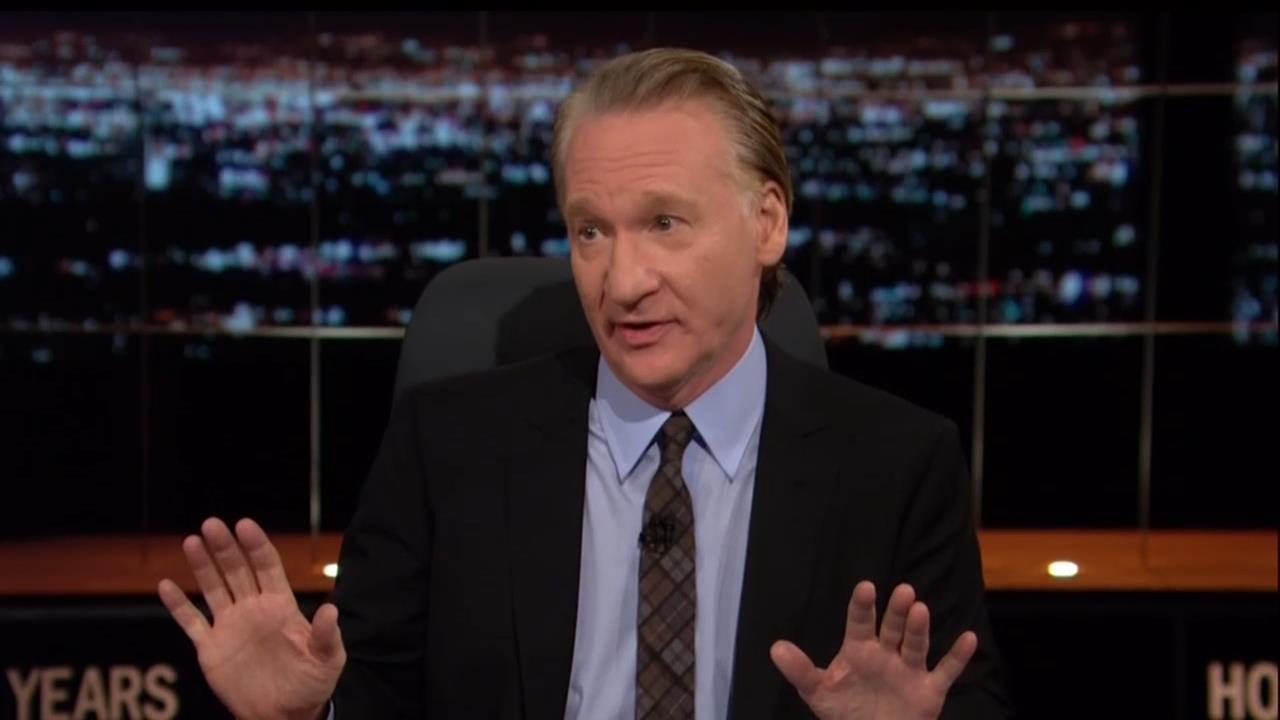 Yeah, he could win the election because, like I said, this is a slow-moving, right-wing coup that we are witnessing. When the FBI is politicized to this degree, working with Russia, hacking one side. This is a coup, and this could f***ing happen in this country, so I don't want to hear any bulls*** about she's got it in the bag.

A few minutes later, he worried that Trump supporters are excoriating political opponents in a way that is reminiscent of Adolf Hitler dehumanizing Jews and Slavs as "vermin" as a precursor to "eliminating" them. Maher:

When you reach a point after what we've had for like 20 years, where everything is so politicized that they're going to impeach the person before they've gotten her into office, where "put her in jail," what's the chant? "Lock her up, lock her up." Now, they're saying even execute her. You've gotten to this point where we're like Rwanda was in the '90s, where the other is such vermin, like Hitler called the Jews and the Slavs, that, when you take power, you're doing God's work by eliminating your enemies. That's where we are.

Nearing the end of the segment at 10:46 p.m. ET, Maher begged young people to take Trump seriously and vote against him to prevent fascism:

But let me just make a plea -- I have limited time -- to the young people because, you know, like they say in the action movies, the s**t just got real. I know you're young and idealistic, so I've heard these young people on the news, and they say things like, "Well, Donald Trump, I don't like him, but Hillary, I can't vote for a liar." First of all, I mean, it's just apples and oranges -- an orange. But, kids, I've been doing this for 23 years on TV, I've seen a lot, I know politics. This is different. I promise you this will not make your life better. And also, once fascists get power, they don't give it up. You've got President Trump for life.

Then came the liberal host's most out of character moment when he turned to former George W. Bush speechwriter David Frum and came close to apologizing for his harsh criticisms of Bush and other Republicans in the past -- admitting that he "cried wolf" against them -- as he begged to be taken seriously this time:

I know liberals made a big mistake because we attacked your boy, Bush, like he was the end of the world, and he wasn't. And Mitt Romney, we attacked that way. I gave Obama a million dollars, I was so afraid of Mitt Romney. Mitt Romney wouldn't have changed my life that much or yours. Or John McCain. They were honorable men who we disagreed with, and we should have kept it that way. So we cried wolf, and that was wrong. But this is real. This is going to be way different, and you'll never get it back.