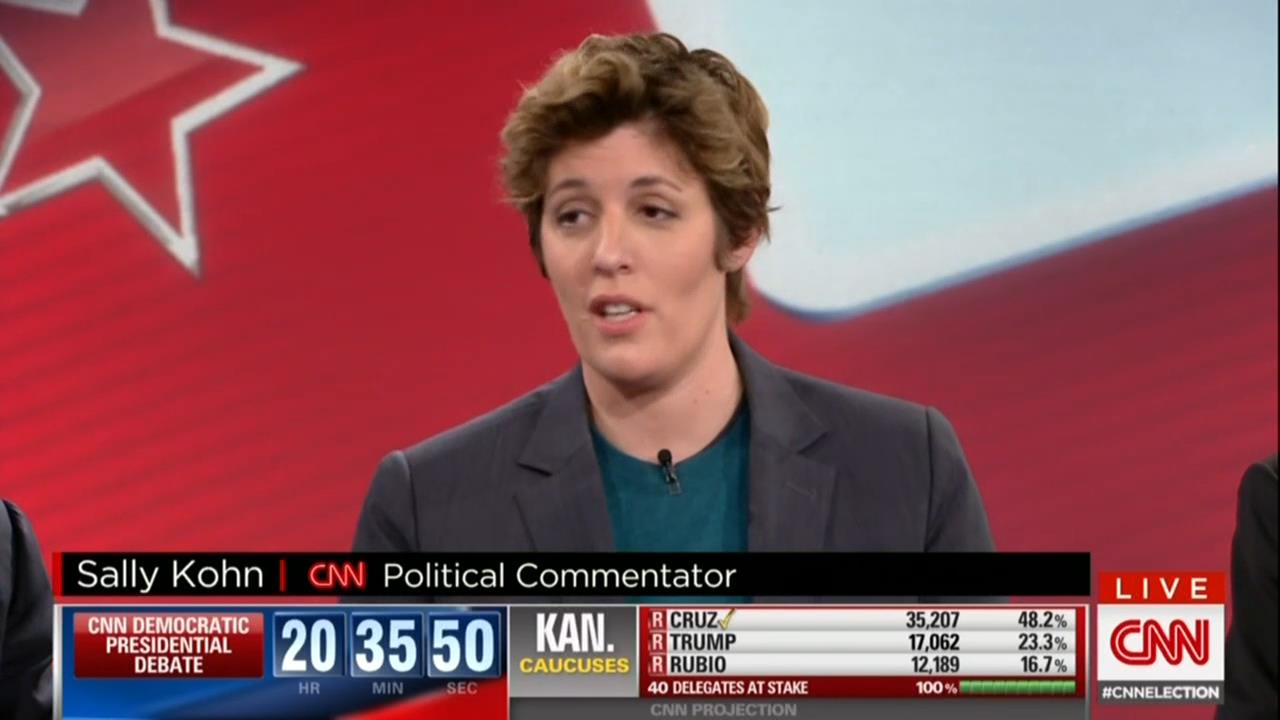 Appearing as a panel member for CNN's live election coverage on Saturday, liberal CNN political commentator and Daily Beast columnist Sally Kohn hyperbolically predicted that a President Donald Trump would put people in "internment camps" and get rid of habeas corpus when it was her turn to give final thoughts on the day's news.

At 11:24 p.m. ET, Kohn started by complaining about the media giving Trump so much attention: "So a fine line between covering a candidate and amplifying a candidate, and, I'm sorry, but, yes, Donald Trump may be the Republican frontrunner. I still think we're giving him way too much attention in proportion to the other candidates who also had victories to celebrate tonight."

She then added: "And I'm worried. When he institutes internment camps and suspends habeas, we'll all look back and feel pretty bad."

Host Chris Cuomo turned to conservative CNN political commentator and NewsBusters contributor Jeffrey Lord for reaction. Taken aback by her over the top analysis, Lord declared that he was "speechless."

In an appearance on CNN on Wednesday, Kohn had previously delved into hyperbole as she predicted that Democrats would vote against Trump in November for the purpose of "stopping us from being Nazi Germany."