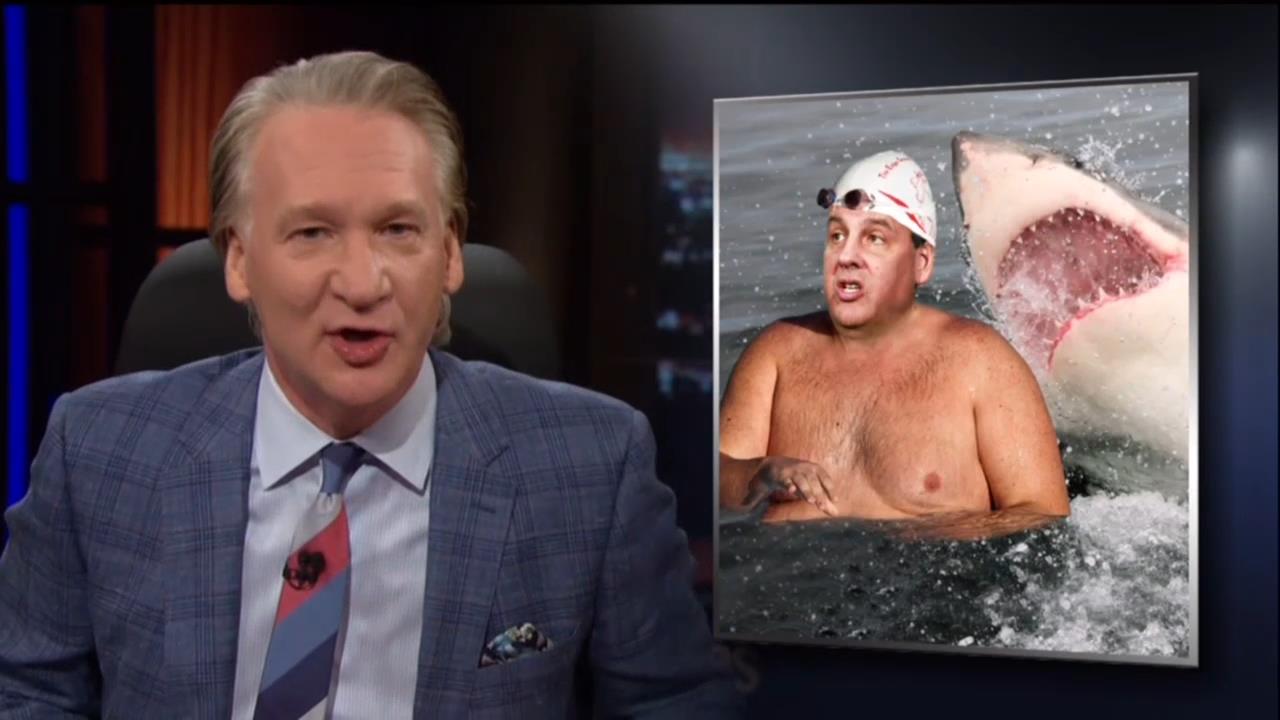 On Friday's Real Time on HBO, host Bill Maher ended his show by wishing that prominent Republicans suffer violent tragedies -- some of which would likely be deadly -- caused by global warming and other environmental issues so as to make Republicans take a more liberal view on environmental regulations.

The theoretical tragedies the liberal host thought up included Chris Christie having his arm torn off by a shark, James Inhofe being "mauled" by a polar bear, Rush Limbaugh being attacked by bees, the Koch brothers being "swallowed up by a fracking-induced earthquake," and Marco Rubio being "swept out to sea" by flooding and "washed up all the way back to Cuba." Calling on the "gods of irony," the liberal host even begged, "Please make this happen."

Maher began the segment by recalling prominent Republicans who have taken a more liberal view on an issue when they had a close family member associated with it -- such as former Vice President Dick Cheney having a gay daughter and former Florida Governor Jeb Bush having a daughter with a history of drug abuse problems.

The HBO comedian posed a question as he continued:

On so many issues, you can only get Republican support if it touched one of their own -- which is not good news for the environment. I've heard the questions many times: "When will Republicans stop denying climate change?"

Then came his contention that Republicans have to "suffer" to get them to change their minds, as his first violent wish was aimed at New Jersey Governor Christie. Maher:

I'll tell you when: when one of them can be convinced that they personally suffered from it. And if the gods of irony are listening, please make this happen. The oceans are dying, and all the fish in them are disappearing. Which is why starving sharks swim closer to the shore now and bite more people. And I'm sorry, but one of those people has to be Chris Christie.

After a photoshopped image of a shirtless Christie in the ocean with a shark behind him inspired audience laughter, the far left comedian expanded on his violent wish:

Let him lose one of his arms he uses to shovel food into his mouth, and maybe he will realize we should do something about our dying oceans.

Maher then turned attention to Ohio Governor John Kasich and brought up the polluted water in Flint, Michigan:

John Kasich wants a moratorium on all regulations. Okay, but let there please be some kind of mixup with the pipes and the only water John Kasich gets to drink from now on is from Flint, Michigan.

He then recited additional violent wishes for several other prominent Republicans and conservatives as he concluded:

Let James Inhoffe be mauled by a disoriented polar bear. Let Rush Limbaugh get attacked by a swarm of dying bees and the Koch brothers be swallowed up by a fracking-induced earthquake. And to slap the global warming denial out of Marco Rubio, whose own state of Florida is one of the most likely places to be inundated by rising oceans, his own home must get flooded and Marco must be swept out to sea and washed up all the way back to Cuba where we will find out that Marco Rubio really is Elian Gonzalez.