On Friday's PBS Newshour, during the regular "Shields and Brooks" segment, the trio of Judy Woodruff, liberal Mark Shields and right-leaning Michael Gerson sitting in for David Brooks all suggested that, because of all the talk of deporting illegal immigrants, only a "moderate Republican" will be able to win the presidency for the GOP, and will need to "repudiate the idea of mass deportations."

I want to ask both of you about the really what I think one of the things that emerged from that debate that you talked about, Michael, the Republican debate this week, and that is on immigration. You saw a clear split between those Republicans who are arguing, like Donald Trump, "Do everything you can to keep, to get those who are here, undocumented immigrants, out of the country," and those in the party who are saying, "Wait a minute, that doesn't make sense."

Gerson, a Washington Post columnist, painted Republicans like Jeb Bush, Marco Rubio or John Kasich as among the few options for GOPers winning the general election, and suggested "nativism" within the GOP would be a threat to victory:

Yeah, I think clearly for Republicans in order to have a chance going forward, not just this election but future elections, because of the nature of demographics, you know, the candidate that comes out of this is going to have to repudiate the idea of mass deportations. They're going to have to positively distance themselves from this and win.

So it's someone like Jeb or someone like Rubio or someone like John Kasich that can play that role. The question is whether the forces of really nativism within the party can defeat them, can make it impossible for a viable Republican to get the nomination, and I think that's the main issue we're going to see.

Turning to Shields, Woodruff then hinted that only a "moderate Republican" could step in and win: 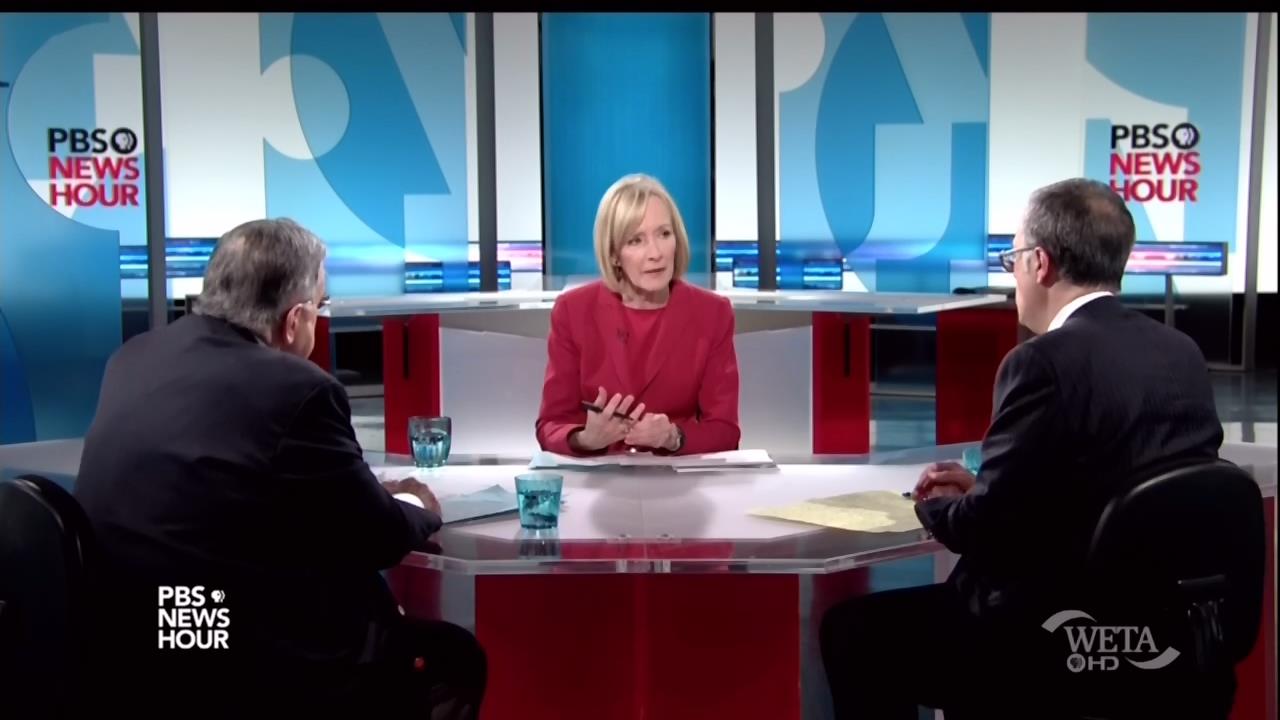 But are we now seeing a situation where if you're a moderate Republican and you say just enough to appeal to HIspanic voters that maybe Republicans have a shot, have a chance on the immigration issue that we didn't see?

Without making a distinction between legal and illegal immigrants, Shields called it "suicidal" for Republicans to call for deportations and alluded to Republicans holding "opposition to immigration of all sorts." Shields: