On Wednesday's CNN Newsroom with Carol Costello, in a pre-recorded interview with Jerusalem Mayor Mir Barkat that aired around 9:20 a.m. about a recent spate of Palestinians attacking Israelis with knives in public places, substitute anchor Ana Cabrera brought up her guest's tendency to carry a gun in public and absurdly asked him, "Does that not incite more violence?"

The Jerusalem mayor incredulously asked, "Well, how could that incite more violence?" and then went on to praise the tendency of many Israelis who are trained ex-soldiers to carry their guns in public and use them to defend themselves and others from terrorist attacks.

After Barkat recounted the recent knife attacks in Jerusalem, complaining about "incitement" by the Palestinian leadership, Cabrera brought up his gun and hinted that it, too, could be considered "incitement." Cabrera: 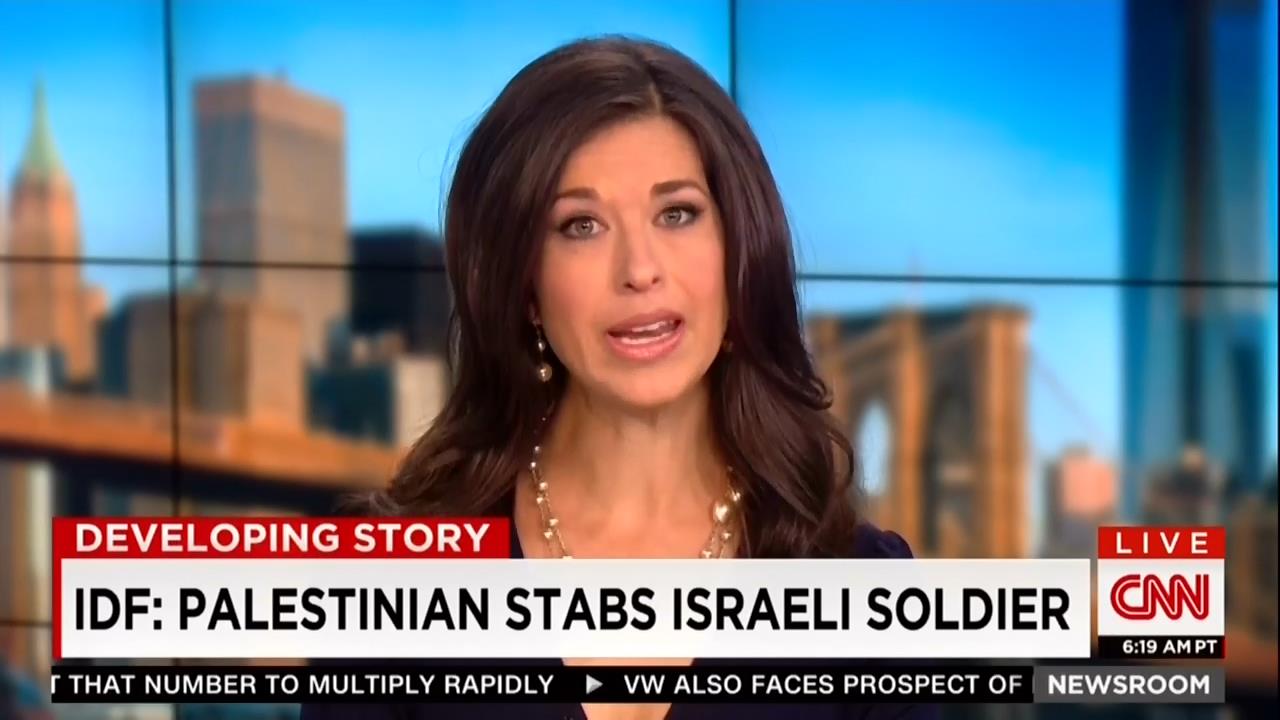 You talk about this wild incitement by the Palestinian side in this conflict, but we have seen some recent photos published that appear to be you carrying a weapon out in open public. What's the thought process behind that?

The Jerusalem mayor related the tendency of many Israelis to carry guns as he responded:

It's very simple. Many, many Israelis, like me -- I'm an ex-combat paratrooper -- have a permit license to carry guns. We know how to use them. And in this case, last night when I went to see delicate place where violence occurred, you know, this is also showing other residents that the ones who do have licenses and know how to use the guns, you carry your gun for safety and security, for me and for the benefit of people around me. It's very standard common-

Does that not incite more violence?

Well, how could that incite more violence? It's a self-defense pistol, and you use it, God for forbid if you come into situation that people attack you. It's not used for attack, it's used for security and defense. This is what Israeli security forces do. And this is what I and many, many other Israelis do. Just today, we had a similar incident where a civilian, well-trained, armed with a pistol, was stabbed in the back. He turned around, used his pistol, and eliminated the stabber.