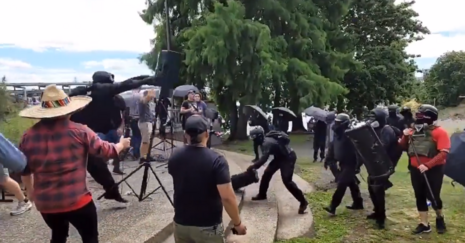 Antifa, the urban terrorists, brutally assaulted Christians who were praying in a Portland park Saturday and the media have almost totally ignored it. Dressed in black, with face coverings, the left-wing nihilists destroyed the sound system and assaulted the Evangelicals with pepper spray and projectiles.

Andy Ngo, the reporter who has covered Antifa better than anyone—and has been beaten up for doing so—recorded this savage event. Flash bombs were thrown at kids as young as four months old. "Where is your god now?" asked an Antifa thug. 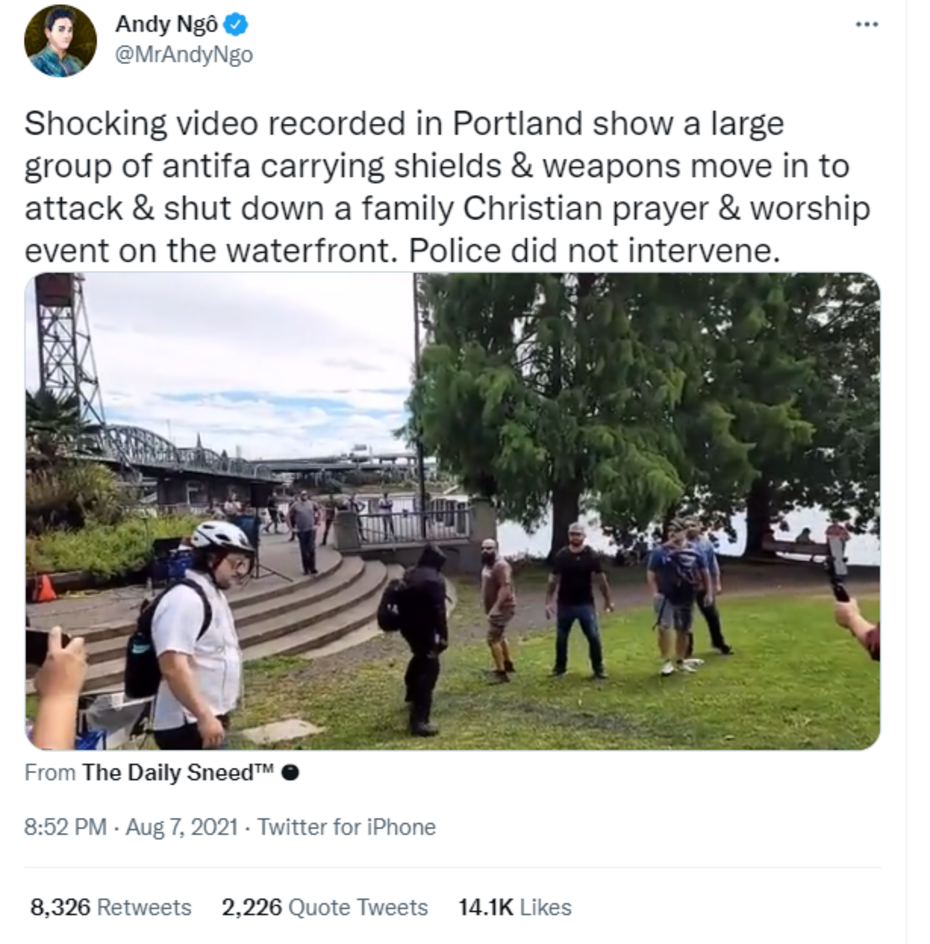 The police were called to the scene but did nothing. They were acting rationally: The authorities have yielded power to street barbarians, handcuffing the cops. The same passive police presence is now routine in America's largest cities, thanks to no bail, no prosecutions, no insurance protection for cops, and calls to dismantle the police and empty the prisons.

Quite frankly, it is now borderline legal to kill and maim innocent persons in urban America, including those whose crime it is to pray in public, never mind the police. Anarchy reigns. And what do the media do? Nothing.

Not one major newspaper or wire service covered the Antifa assault on Christians. Broadcast TV networks also ignored it, and among the cable channels, only the three conservative outlets, Fox News, Newsmax, and OAN profiled the story. Ngo had video footage but had few takers. 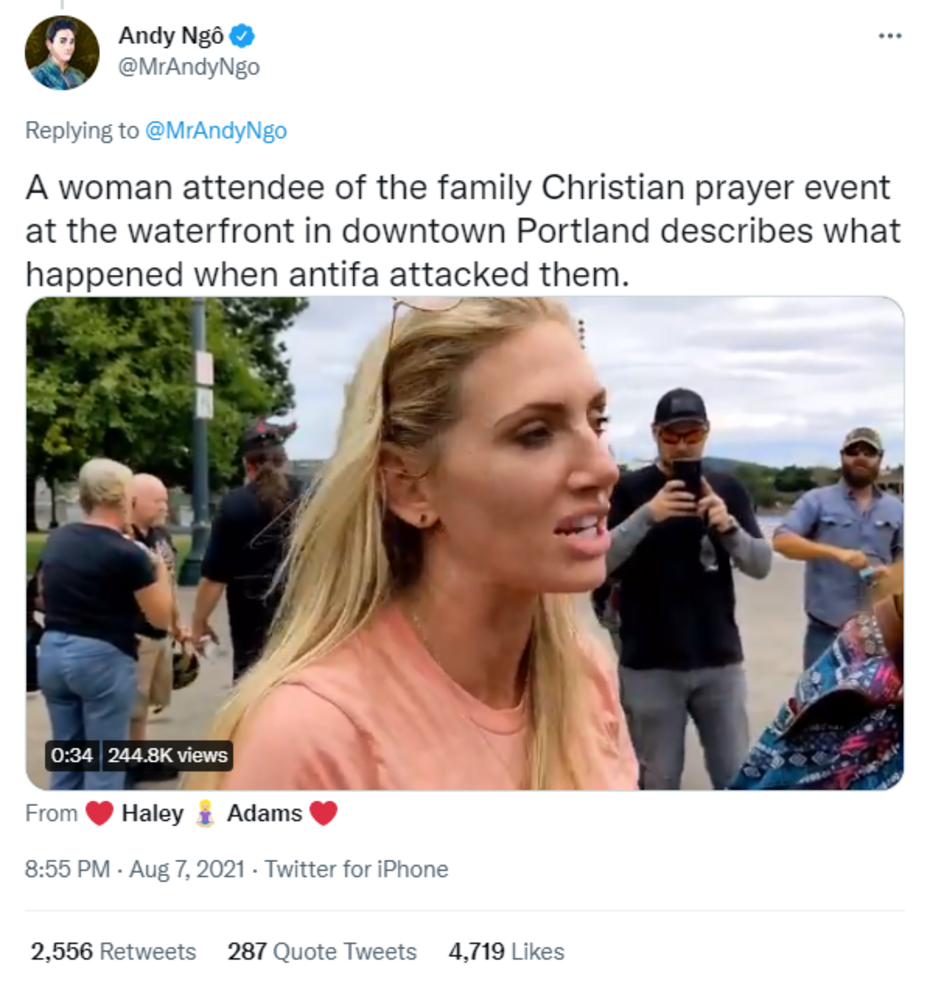 By contrast, the recent CNN interview with Rep. Alexandria Ocasio-Cortez (D-NY) was covered by almost all the mainstream media: print, Internet, and television gave it wide attention.

She said that on the day of the Capitol riot, Jan. 6, she feared for her life, adding that she also feared she would be raped. Yet unlike the Christians who were attacked, no one laid a hand on her. They couldn't—she was not in the Capitol when the riot occurred (she was safely tucked away in her office).

Unlike the Christian victims of Antifa, AOC's tale of woe is patently contrived. For the media to play up her phony story while dismissing the real-life Antifa riot, smacks of ideological and religious bias. No wonder the public holds the big media in such low esteem. Cub reporters earn more respect these days.