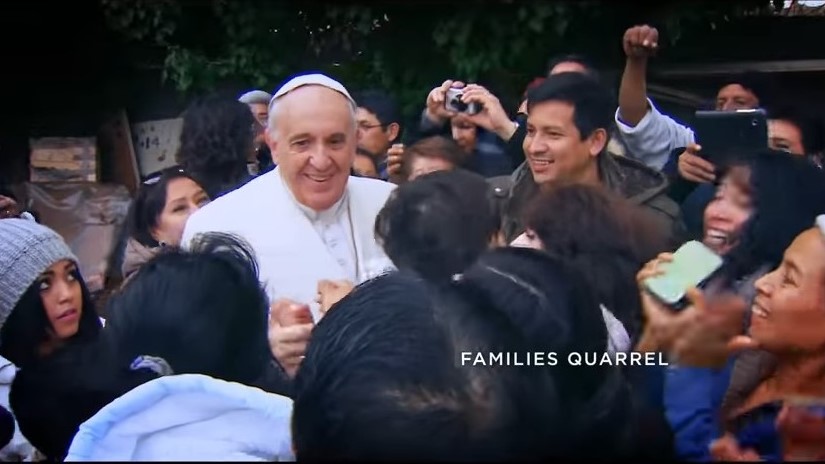 Pope Francis says gay couples cannot be considered a family. The media know he said this but, with few exceptions, they refused to run this story. The blackout, it is easy to prove, was intentional.

On June 16, Pope Francis spoke to an Italian family association, and following his scripted remarks, he made some unscripted comments. He denounced those couples who screen for abnormalities in the womb, likening the decision to a Nazi-like tactic. "Last century," he said, "the whole world was scandalized by what the Nazis did to purify the race. Today, we do the same thing but with white gloves."

In the same spontaneous address, Pope Francis said only heterosexuals can form a family. "It is painful to say this today: People speak of varied families, of various kinds of family," but "the family [as] man and woman in the image of God is the only one."

With the exception of CNN and The Wall Street Journal, not one of the media outlets that covered the pope's remarks on abortion had a word to say about this comment (CNN downplayed its significance). Were it not for a few foreign sources—led by the German media outlet, Deutsche Press-Agentur—most of us would not know of this admission by Pope Francis.

This matters not simply because of media bias, but because of something much more important: the manipulation of public opinion in the run-up to the World Meeting of Families. This Vatican event will take place in Ireland August 22-26. Gay activists are desperately trying to redefine the family to include homosexual couples. Pope Francis has just thrown a monkey wrench into their agenda. This is why the media intentionally decided to censor his remarks.

Kudos to Pope Francis for speaking truth to power, and shame on the media for engaging in a widespread cover-up.