Hypocritical ‘News’ Media Have Done a Complete Flip-Flop on Impeachment 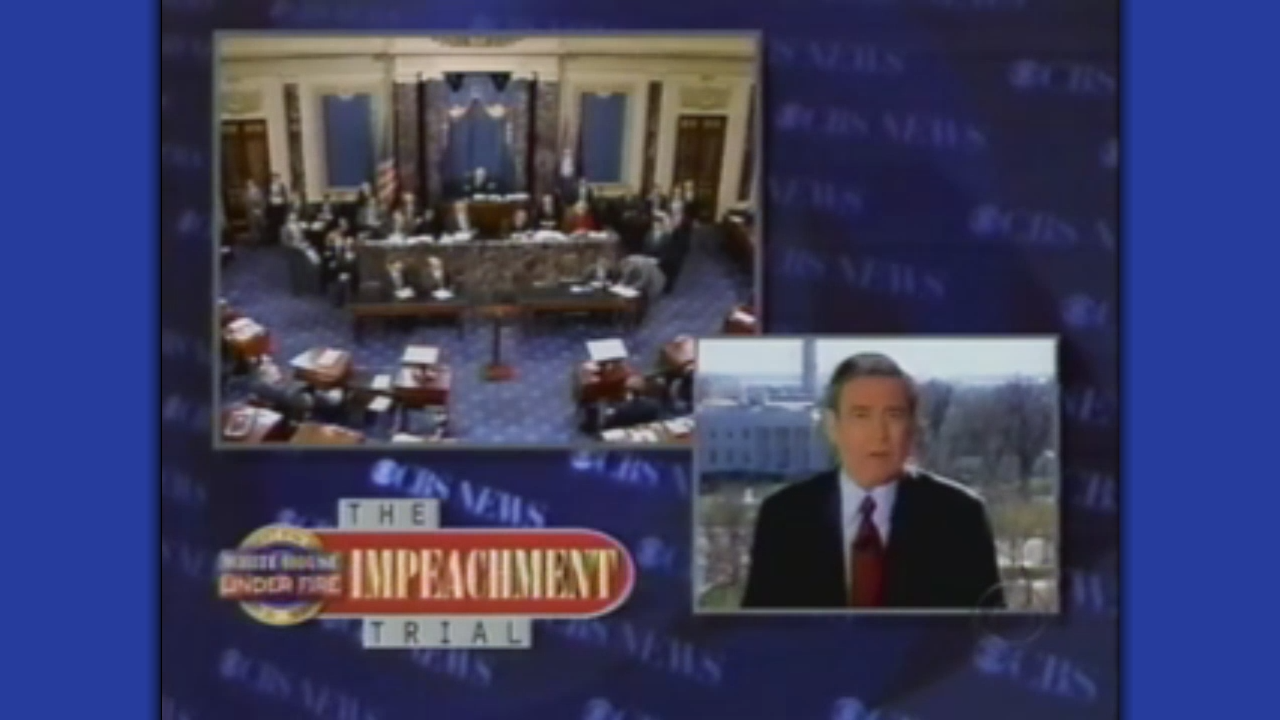 It doesn’t take a skilled code-breaker to figure out the liberal networks’ stance on President Donald Trump’s impeachment: There’s no doubt we need witnesses if the Senate is going to conduct a fair trial; impeachment is necessary to prove that nobody — not even the President — is above the law; and there’s no more pressing task for Congress if we’re to keep this President, and future Presidents, from acting like tyrants.

But when the President being impeached was a Democrat, the spin was completely reversed. In 1999, the broadcast networks were reluctant even to cover the Senate trial for any extended period of time. All three major broadcast networks (ABC, CBS, and NBC) cut their live coverage after 90 minutes on the first day, leaving only PBS to run live gavel-to-gavel coverage. But despite the lack of live coverage, there was no shortage of furious political commentary about the reviled process.

Pundits during the Clinton impeachment scoffed that the Congress was wasting everyone’s time even bothering with a Senate trial in the first place. Journalists assured American audiences on a nightly basis that they were witnessing a “bogus” trial, a “political,” “sham” designed only to torment the President. Journalists regularly used terms that today elicit high-pitched shrieks from the news media, like “coup” and “witch hunt.”

■ “Is or is there not some concern of the public perception – concern in some quarters, not all of them Democratic – that this is in fact a kind of effort at a quote ‘coup?’ That is, you have a twice elected, popularly-elected President of the United States and ... [Republicans] having been unable to beat him at the polls, have found another way to get him out of office.”
— CBS anchor Dan Rather during live coverage, January 7, 1999.

■ “That herd of managers from the House, I mean, frankly, all they were missing was white sheets. They were like night riders going over.”
— Newsweek’s Eleanor Clift on The McLaughlin Group, January 9, 1999.

■ “As she watches Republicans in Congress push ahead with impeachment proceedings against President Clinton, Ellen Mendel of Manhattan says she feels the same despair that she did as a girl in Nazi Germany when the efforts of a stubborn group of leaders snowballed, crushing the will of the people.”
— Opening to a New York Times story by Ginger Thompson, January 25, 1999.

■ “But ‘uniquely stupid’ is not the word I would describe this process. It’s Stalinist. It seems as though it’s gone on behind closed doors. Everything is according to a script. It’s just arcane and impenetrable in the extreme, and it has nothing to do with what we would consider normal fairness and trial procedure to be.”
— Host John Hockenberry on MSNBC’s Hockenberry, January 28, 1999.

The media have also changed their minds on the need for witnesses. During Clinton’s impeachment, the prevailing wisdom on TV news was that witnesses and depositions were pointless time-wasters. Pundits grumbled that Republicans who insisted on witness testimony just trying to embarrass President Clinton with sound bites from the likes of Monica Lewinsky.

■ “But, Senator, if there’s no way that this is going to turn around, if the votes aren’t there, why is your party dragging this thing out?...Why go through all this business about witnesses? Why not just get it done?...But if you have witnesses, it’s going to add months to this thing and tie up the Senate, isn’t it?”
— Co-host Charlie Gibson to GOP Senator Bob Dole on ABC’s Good Morning America, January 18, 1999.

■ “Do we really need more evidence, more witnesses? … Or did today’s votes prove beyond any doubt, as Senator Daschel believers, that there will never be the needed two-thirds majority to convict the President, and that it is, indeed, time to move on.”
— Host Geraldo Rivera on MSNBC’s Rivera Live, January 27, 1999.

Journalists chanted unceasingly that Americans were sick and tired of impeachment — not to mention angry at their government for daring to subject them to it. When a visitor to the Capitol one day shouted his frustration at the process from the Senate gallery, the enthralled news media dubbed him a “hero,” and touted his outburst as “the voice of the people.”

■ “We begin tonight with the voice of the people heard from the Senate gallery today during yet another procedural vote at the President’s impeachment trial....‘God almighty,’ the man said, ‘take the vote and get it over with.’ He was arrested....He may think it was worth it, speaking as he does for so many Americans.”
— Anchor Peter Jennings opening ABC’s World News Tonight, February 4, 1999.

■ “You know who the hero if this whole thing is, it’s that guy — what was his name? Richard Llamas, the guy who stood up in the Senate gallery last week and said, ‘Good God, vote and get over with this, will you!’ If they had stretched this out for another two or three weeks… I want to tell you something, I think thee people may have stormed the United States Capitol.”
— Wall Street Journal Executive Washington Editor Al Hunt on a special edition of CNN’s Capital Gang, February 11, 1999.

Even at the height of their outrage at the Clinton impeachment, the media reminded audiences that their primary concern was the President’s ability to govern effectively. After all, they reasoned, wouldn’t a process as time-consuming and unpleasant as impeachment prevent the President and the Congress from tackling issues that actually mattered to the American people?

■ “Saddam Hussein has his aircraft in the air threatening U.S. fighting men and women in the military. There are questions about Social Security, what to do about health care. There’s a long line of the people’s business that seems to have been put aside and apparently is going to be put aside for weeks if not months now.”
— Dan Rather to Bob Schieffer during CBS’s live coverage, January 7, 1999.

■ “If we’re going to drag this thing out for months with witnesses, whether it’s the White House line or not, it’s going to take a long time to do that. It’s going to be an enormous distraction to the White House and all kinds of issues that the Congress ought to be considering, and all kinds of foreign policy issues that this country needs to consider, are going to get, eventually put into a pigeonhole until all of this gets done.”
— Co-host Charlie Gibson to Bob Dole on ABC’s Good Morning America, January 18, 1999.

■ “Americans must look at this, if 57 million people look at this, and go, ‘Where is impeachment? Why is this happening? Will these people just get down to business and leave this impeachment thing alone?’”
— MSNBC’s John Hockenberry during live coverage following Clinton’s State of the Union, January 19, 1999.

The media love to act as if it’s only politicians who shamelessly shift their positions depending on the partisan needs of the moment. But any fair-minded person could see that many journalists are just as guilty of flip-flopping as any politician.