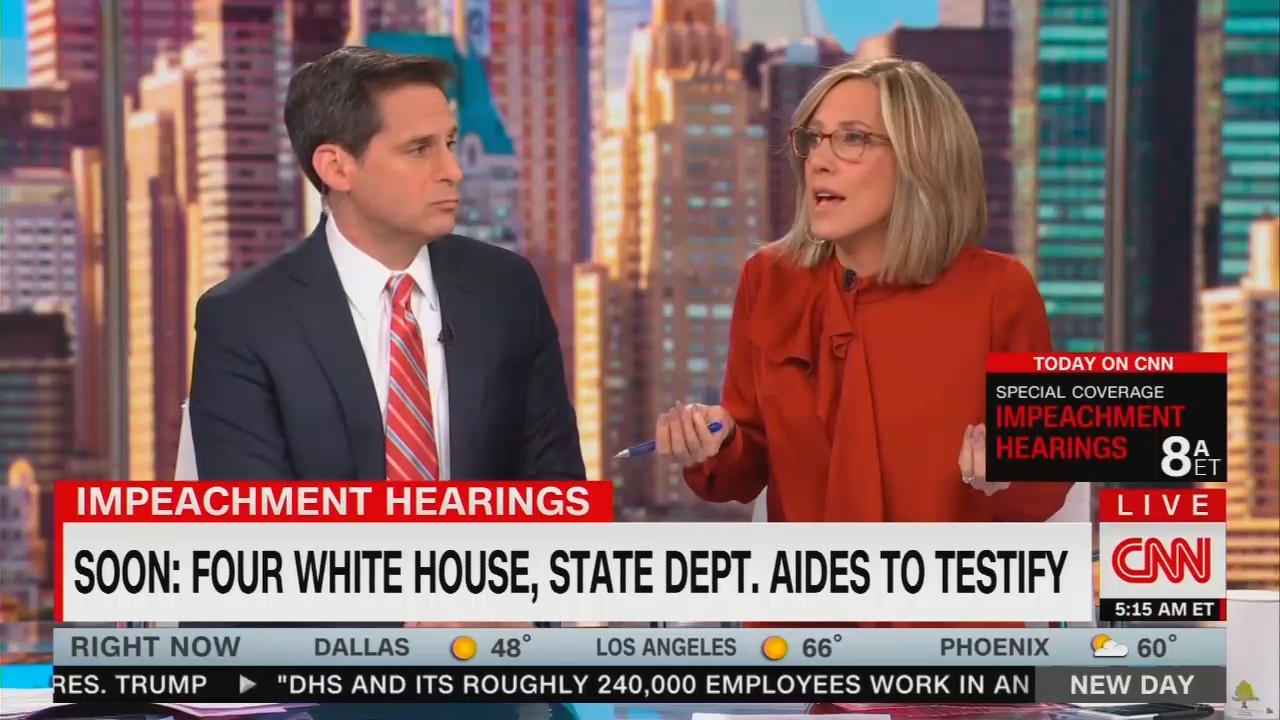 Hosts on CNN and MSNBC sneered at a letter Senator Ron Johnson (R-WI) sent to the House Intelligence Committee on Monday, in which Johnson spelled out a timeline of his efforts to convince President Trump to restore aid to Ukraine.

The letter included revelations such as how, on August 31, President Trump responded to Johnson's prodding, “by saying something like, ‘Ron, I understand your position. We’re reviewing it now, and you’ll probably like my final decision.’”

However, such details were absent from what little coverage the letter has received on cable news. Instead, liberal cable hosts framed it as little more than an attempt to smear Lt. Colonel Alex Vindman ahead of his Tuesday testimony on Capitol Hill.

While Johnson did raise suspicions about Vindman’s motives, the scope of his 11-page letter was much wider than the character of a single National Security Council member. The offending passage that had the media in such a tizzy read as follows:

I believe that a significant number of bureaucrats and staff members within the executive branch have never accepted President Trump as legitimate and resent his unorthodox style and his intrusion onto their ‘turf.’ They react by leaking to the press and participating in the ongoing effort to sabotage his policies and, if possible, remove him from office. It is entirely possible that Vindman fits this profile.

On the Tuesday edition of CNN’s New Day, co-host Alisyn Camerota bristled at Johnson’s remarks: “That’s his hunch, okay? That’s his hunch. Based on no evidence.”

“What a sleazy move that is. It’s really gross,” scoffed MSNBC’s Joe Scarborough during the Tuesday’s Morning Joe. He continued: “That is just so offensive — I mean, so offensive.”

Meanwhile, NBC political director Chuck Todd spent Sunday hammering Johnson before he’d even released his letter to House Republicans. During an interview with the Senator on the November 17 edition of Meet The Press, Todd snarled: “How should viewers not look at what you’re doing here, and you’re just reacting as a partisan — that if Trump were a Democrat, you’d be ready to convict him.”

Regardless of what significance Johnson’s letter may end up having in the ongoing impeachment struggle, it’s clear that liberal cable networks are frustrated by its very existence.