Media Unanimous: Cohen is John Dean, and This Is Watergate 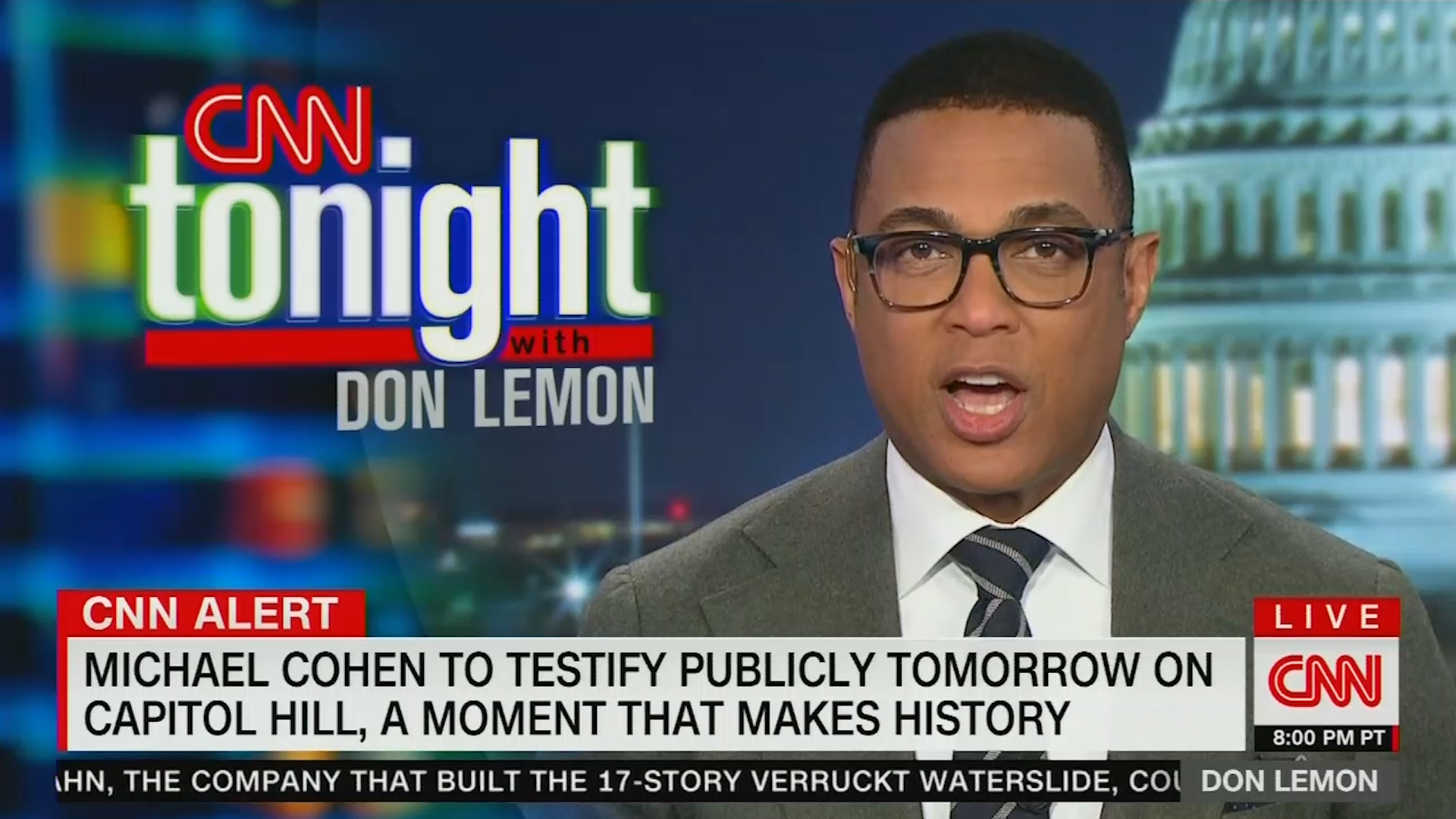 Justifying the gargantuan amount of Cohen coverage they provided yesterday, media talking heads continuously claimed that former Trump attorney Michael Cohen was a contemporary version of Nixon lawyer John Dean, and that his testimony constituted the Watergate hearing of our time.

Talking heads on liberal cable (CNN and MSNBC) and broadcast (ABC, CBS, and NBC) news shows invoked either Watergate or John Dean a total of 112 times between 6:00 p.m. EST on February 26 and the same time the following day. To further solidify the analogy, CNN had Dean on as a guest three times during the same time span. MSNBC also brought on other attorneys who played a role in the Watergate case, including the likes of Michael Conway and Jill Wine-Banks.

See the video below for a sample of the media's uniformity of thought on the Cohen hearing:

The media’s excitement only grew as Cohen’s appearance on the Hill drew closer. That evening during the second hour of CNN Tonight, host Don Lemon declared that the event would be “just as big as John Dean’s congressional testimony during Watergate.” After a brief pause, he quietly added: “Possibly.” There to discuss the implications of said testimony was Lemon’s guest: John Dean himself.

Lemon and his compatriot Chris Cuomo also found themselves enthusiastically agreeing with guests who invoked Watergate — after having made that same comparison themselves earlier in their shows.

The last time Congress heard testimony like this? More than four decades ago, when President Nixon’s lawyer John Dean implicated Nixon in the crimes of Watergate. Echoes of that with Cohen today.

Meanwhile, CNN’s Wolf Blitzer hyped Cohen’s upcoming testimony as “a breathtaking point-by-point takedown like none seen against a sitting President of the United States since Watergate.”

Cable and broadcast pundits have a habit of saturating the airwaves with cute one-liners and talking points predicting the Trump administration’s untimely demise. After the President’s widely-criticized summit with Vladimir Putin in July of 2018, CNN and MSNBC talking heads managed to spit out the word “impeachment” 222 times in the course of a single day. Back during the third week of December, everybody who was anybody on cable news was saying that “the walls were closing in” on Trump.

John Dean and Watergate references are just the latest permutation of an ongoing trend – and not even for the first time. Back in 2017 after the President fired FBI Director James Comey, cable hosts managed to cram 107 mentions of Watergate into a single night of prime time coverage. This behavior is nothing new from television news media.