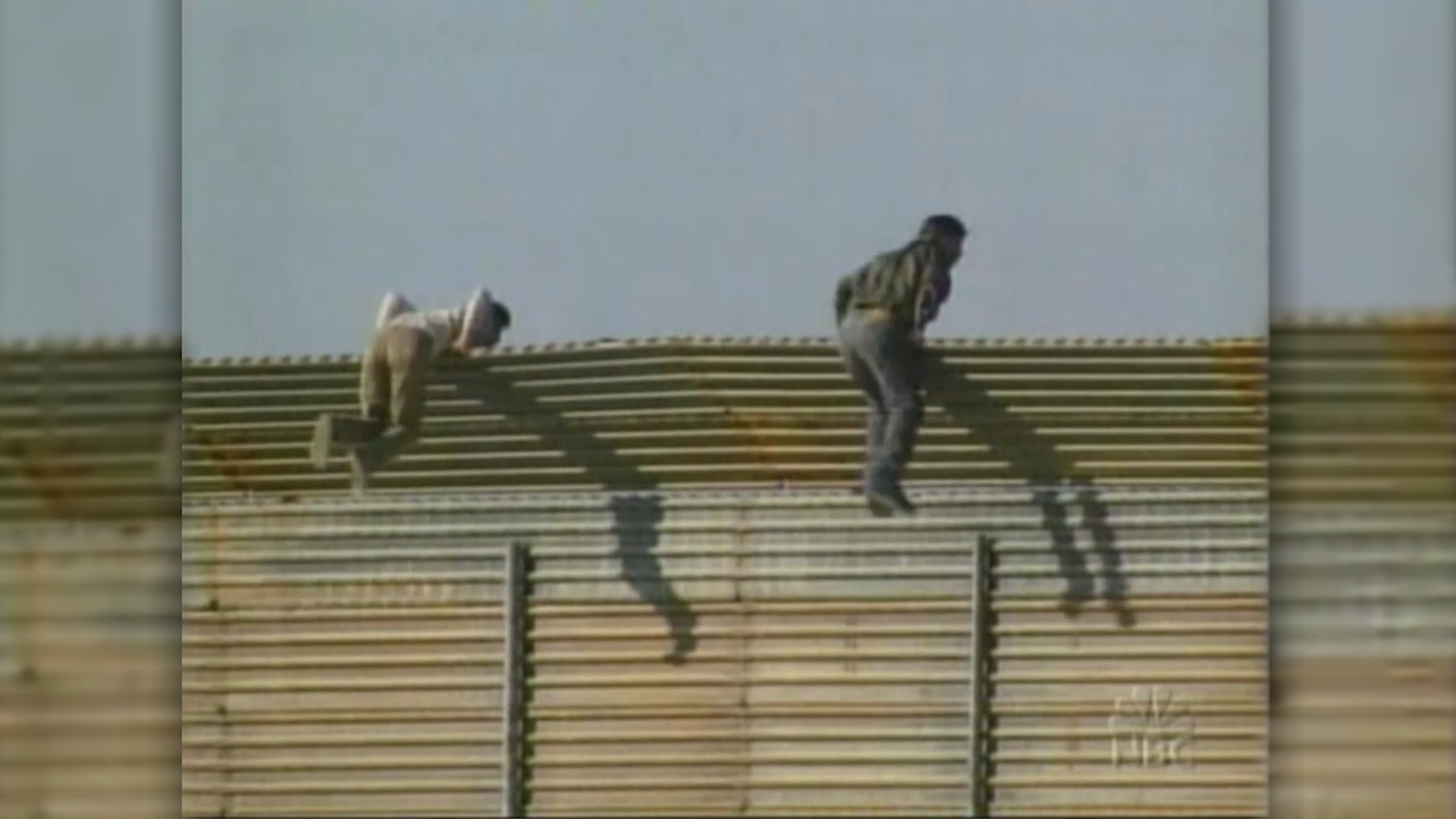 When Congress in 2006 voted overwhelmingly to construct a barrier on the U.S.-Mexico border, TV news networks barely gave the measure any airtime. Perhaps even more surprising to today’s viewers of broadcast news, reporters back then admitted that the border fence worked.

“This section of the border at San Ysidro, south of San Diego, was once the number one hot spot for illegal crossings, but not since they beefed up the fence here in the 1990s. It cut the flow of illegal immigration here way back, and that’s what the government hopes to do elsewhere by fencing about one third of the border with Mexico.”

The above quote was uttered by NBC’s George Lewis on an October 26, 2006 NBC Nightly News segment — the same day that President Bush signed the Secure Fence Act.

Network coverage also included sympathetic interviews with border town residents hoping for a reduction in illegal immigration. That same year, ABC's World News featured a piece on September 20 about a Texas resident who was “tired of people trampling across his property.”

Of course, viewers also heard from the usual suspects opposing the fence — including Mexico’s President-elect and immigration advocacy groups. However, the bill was described as “controversial” only once, in a World News segment on the day the it was signed.

Networks in 2006 were also far less interested in even discussing a border wall. Neither ABC nor CBS gave the Secure Fence Act even a minute of coverage during the eight weeks spanning from its inception to its signing by President Bush. CBS spent a meager 29 seconds discussing the fence, while ABC gave it just 50 seconds. NBC, while comparatively more thorough, still dedicated only three minutes and 27 seconds to the bill.

The Secure Fence Act passed overwhelmingly in the Senate on September 29, 2006 with 80 votes. It garnered considerable bipartisan support and received nearly 100 aye-votes from Democrats across both houses of Congress, including future Minority Leader Chuck Schumer, future presidential candidate Hillary Clinton, and future President Barack Obama. Despite this sizable backing at the time, the networks made no mention of the Democrats who supported the bill.