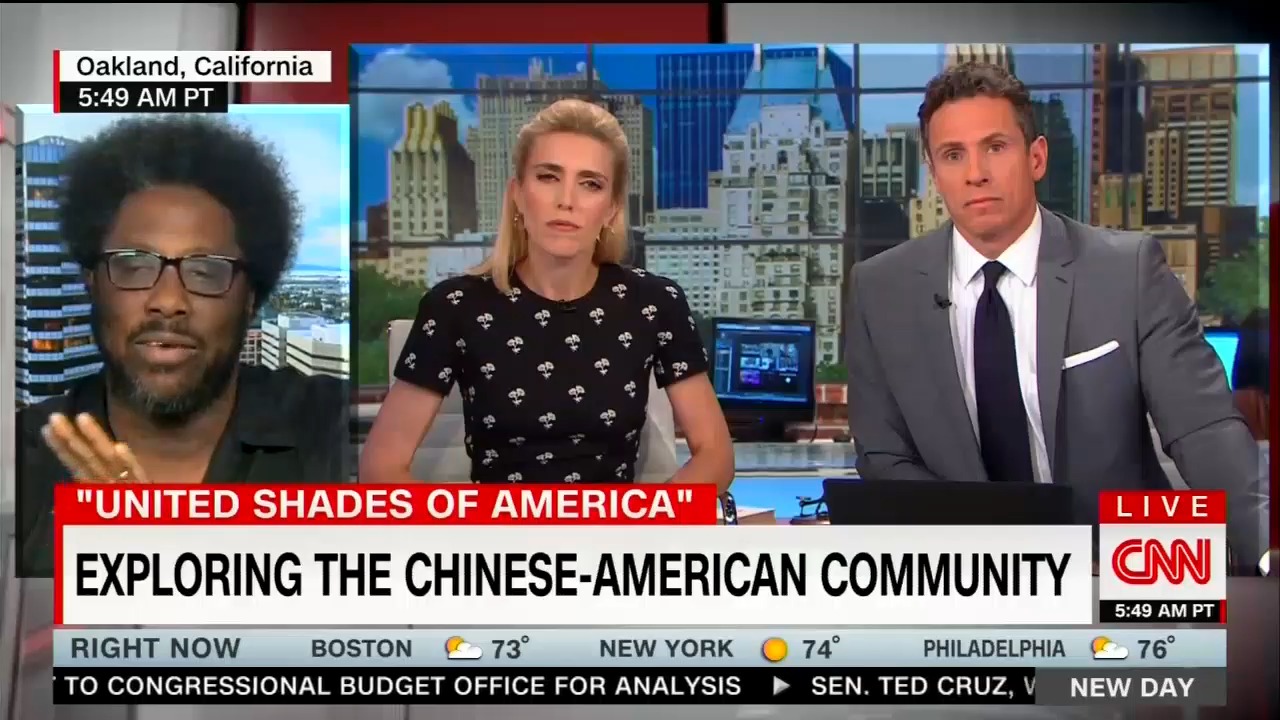 On Friday, CNN New Day invited on the network’s race baiting Kamau Bell to talk about the upcoming episode of his show United Shades of America (a show about how America is racist). The episode focuses on American stereotyping of Chinese Americans.

KAMANU BELL: Well, I mean, I think that, you know, often America's politicians and then also Americans in general who are not Chinese assume there's some sort of strong connection to China. But when it comes back down to it, for many Chinese people, they've been in this country for maybe several generations. So they may have been to China, but they don't have - they are Americans. They just happen to be Chinese-Americans. But we often force them to sort of answer for China's sins because that's how we work in this country. You are like those people, so you must be those people. So when really the show tonight - the show on Sunday is about how there's a Chinese-American identity that is wholly - that is in some ways wholly separate from China.

Right, Americans definitely blame Americans who happen to be Chinese for Red China’s sins. You are kidding me, right? It certainly is hard taking this network seriously these days. Bell went on to claim people only oppose “undocumented” immigration because of politicians like Trump.

We allow people to appeal to our basic fears a lot of times and I think that that's why President Trump is in office because he appealed to some of the basic fears of Americans, of some Americans. And so when you start to sell the fear, you forget the fact, you're like, wait a minute, I actually do like my neighbors. I do like the undocumented Latino family across the street. They're very nice. They've very helpful...

To hell with the rule of law and national sovereignty. Just stop being racist.