On Wednesday, MSNBC disparaged the Senate Judiciary Committee hourly for a hearing looking into the FBI's shady tactics in questioning incoming national security adviser MIchael Flynn in what they admitted was an effort to remove him from office.

Most notably, MSNBC Live host Brian Williams decried "Trump's allies in the Senate" for "politicizing" the issue. Throughout the show Williams showed that he was willing to ignore all the evidence that suggests the FBI's very politicized investigation had serious ethical problems.

Williams began his praise for former Obama official Sally Yates going into a commercial break. "When we return, President Trump's allies in the Senate once again looking to politicize law enforcement in this country as the former deputy attorney general, Sally Yates, pushes back against the Republican narrative about the origins -- remember that word -- about the FBI's investigation into Russia election interference."

Williams ignored the fact that Republican concerns are not about the conclusion that Russia interfered in the election, but the FBI's investigation into Trump associates, which the Obama-appointed Justice Department inspector general said left him "deeply concerned."

After returning from the break, Williams alleged that Republican efforts to hold a partisan hearing backfired, "Another attempt by Senate Republicans to politicize Russia's election interference ran up against some major opposition today on Capitol Hill." 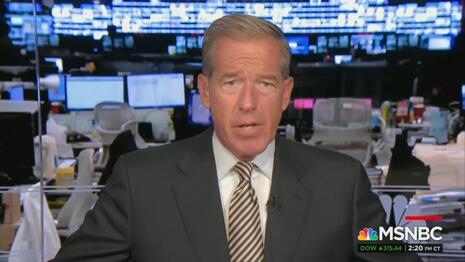 Former Obama appointed acting Deputy U.S. Attorney General Sally Yates testified voluntarily and virtually before a Senate Judiciary Committee as part of its look into the origins of the Russia investigation, Trump and his allies on the Hill have tried to insinuate without evidence that President Obama and Vice President Biden were a driving force behind the FBI investigation into incoming Trump administration officials. But Yates who blew the whistle on Trump's first national security adviser Michael Flynn pushed back against the narrative put forth by trump and his allies.

Again, Williams chose to focus on the initial investigation and not what happened after the FBI initially concluded it had no case. As Sen. Ted Cruz told Dana Perino on Fox earlier in the afternoon:

Sally Yates was part of the political leadership of the Obama Justice Department and what that political leadership did to the Department of Justice, to the FBI, to the CIA and intelligence is they politicized it, they weaponized it to authorize surveillance and targeting of their political opponents, of the Donald Trump campaign. They went after General Flynn, a decorated military leader and they set him up in a way that was fraudulent and abusive and I've got to say, it is wrong for justice and law enforcement to be politicized and Sally Yates was right in the middle of it, she was in the Oval Office meeting with President Obama, with Joe Biden on January 5th where they discussed specifically targeting Michael Flynn and abusing their power to do so, it was wrong and Sally Yates is desperately trying to avoid accountability for their politicization.

This politicized MSNBC segment was brought to you by Safelite.