On FNC's Hannity, Brent Bozell Slams: Brian Williams Is 'Lying About Everything'

According to Media Research Center President Brent Bozell, Brian Williams is “lying about everything." Bozell appeared on the February 6 edition of Fox News’s Hannity and asserted that the NBC anchor has clearly fabricated multiple parts of his claim to have been in a helicopter shot by an RPG in 2003.

Regarding the questionable statements by Williams, Bozell declared, “This whole story is falling apart for Brian Williams.” The MRC president added, “So, apparently, he’s lying about everything.”

Bozell raised the fact that issues are now being raised on other reports from Williams: “Now, throw [Hurricane] Katrina on there and you wonder how in the world he was anchoring the news tonight.” 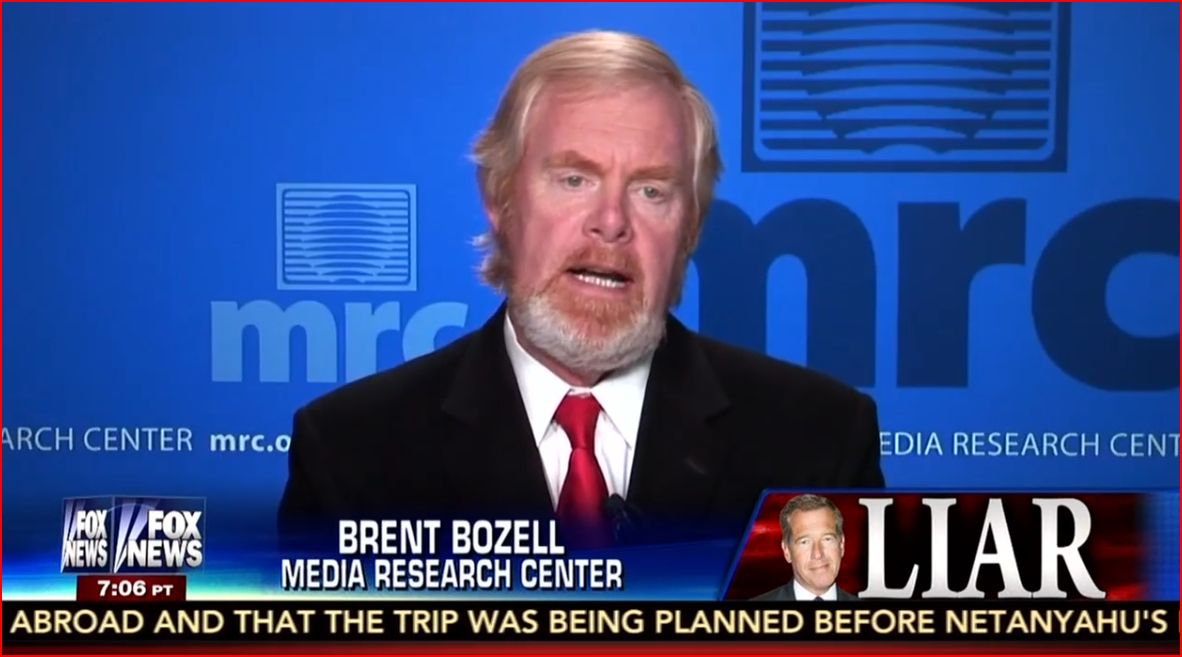 Asked by Hannity what should happen, Bozell concluded:

BRENT BOZELL: There are other witnesses, Sean. There's his cameraman. There's the producer. There's the sound men. They were all with him. How is it that nobody's coming to his side to defend him? No, he cannot stay on the air. He's lost all credibility on that network. As I said last night, the honorable thing for him to do is to resign.