CNN's Mike Rowe: Banning Flags Won't Do Anything on Racism 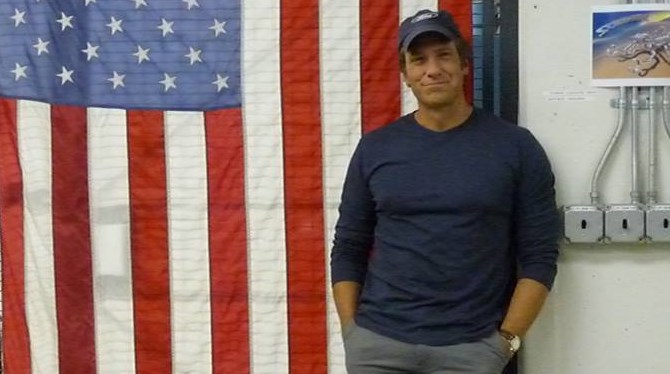 Mike Rowe is the host of CNN’s Somebody’s Gotta Do It – a show about the unique jobs that someone has to do.  Maybe CNN should do a spin-off show called Someone’s Gotta Educate Them keeping Rowe as its host.  With his many tweets and Facebook posts that have gone viral – usually telling people why and how they are wrong – it would be another perfect show for him.

Rowe has educated the public on the Navy Seabees, having a strong work ethic, why someone would vote republican, why hard work is important…and now he can add schooling liberals on the history of the Confederate Flag.

Many take to Rowe’s Facebook page to ask his thoughts on many things – including whatever controversy happens to be the hot topic at the time. Just the other day, someone asked Rowe about his stance on the confederate flag and why those who like the flag shouldn’t be labeled racists.

I think we need to be very careful about congratulating ourselves too enthusiastically for removing a piece of cloth from the public square – even if it’s removal is long overdue. I also think we need to stop calling people racist, just because they see the flag as something other than a symbol of hate. This is what happens when we put a premium on our feelings. We assume everyone who disagrees with us is not merely wrong, but dangerous.

I know many good Southerners who abhor racism, but view this flag as an important connection to their ancestors – the vast majority of whom never owned slaves. This doesn’t mean the flag should be allowed to fly on public property – not for a minute. But it’s a mistake in my view, to equate the removal of a symbol, with the removal of the evil it’s come to symbolize. And that’s exactly what a lot of people are doing. We’re conflating cause and effect.

For instance, we look at that picture of Dylann Roof, and we see a bigot who appears to have fallen off the cover of American Racist Quarterly. He’s got the whole package – vapid stare, dopey haircut, fancy apartheid patches, and of course, the Confederate Battle Flag. We’re repulsed, and yet, we also feel relief, because now we understand exactly what he is – he’s a racist, plain and simple. Now, all we have to do is eliminate the hatred that drove him to murder.

Sadly, we have no idea how to do that. Nor can we go back in time to introduce his head to a golf club, and save us all the agony of his cowardly act. So what do we do? We target his accessories. We focus on the accoutrements of bigotry, and assign them magical powers.

By all means – lets take the flag down. It’s long past time. But let’s not fool ourselves. Racism and terrorism and all the other hate-filled “-isms” that plague the species will never be eliminated by banning flags, burning books, limiting speech, or outlawing white sheets and pointy little hats. When Dylann Roof walked into The First Emanuel Church and killed nine black Americans, he wasn’t waving his rebel flag or screaming the N-word. He didn’t look like a racist. He didn’t act like a racist. Until he started killing people. That’s the problem with people in white sheets and pointy hats. They don’t always dress the part, or carry the proper flag.