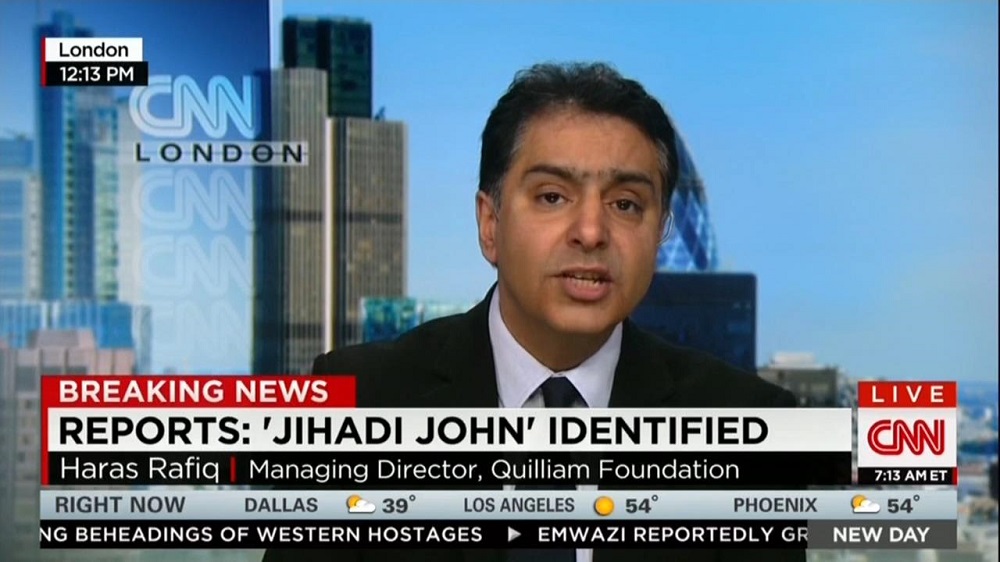 Haras Rafiq blasted the blame-everyone-but-the-terrorist mindset of many on the left on Thursday's New Day on CNN during a discussion of ISIS member "Jihadi John," who has been identified by several media outlets as Mohammed Emwazi. Rafiq singled out a British organization, CAGE, for their defense of Emwazi, who has personally beheaded several Western hostages: "I'm quite disgusted at the way that they've actually tried to co-opt the victim mentality as an excuse almost to try to justify this person's radicalization."

The guest bluntly explained that the organization was trying to justify his bloodthirsty behavior [video below]:

HARAS RAFIQ, QUILLIAM FOUNDATION: What CAGE are basically saying is that he was radicalized by Tanzanian authorities. He was radicalized by the U.K. authorities, because they monitored him. They were saying that the Kuwaiti government didn't want him there, because they suspected him for wanting to carry out terrorist activities. And then, they went on to say that the final straw was that a convicted terrorist – Aafia Siddiqui – when she was convicted, that he felt that he couldn't actually work within the democratic process – or the processes around him – and he felt that he was in a cage, and he had to go and join ISIL.

Just before Rafiq launched his attack on CAGE, anchor Alisyn Camerota specified which group her guest was targeting:

ALISYN CAMEROTA: Friends...say that they believe he started to radicalize after a planned safari in Tanzania following his graduation from the University of Westminster. You believe he actually radicalized at university. Why?

RAFIQ: I think that, if we look at what he – what he actually did, and what actually happened, intelligence agencies at Tanzania – Dar es Salaam – and the U.K. intelligence agencies at the time believed that he actually wasn't going on a safari – that he was actually going to Somalia to join one of the terrorist groups out there. Now, they wouldn't have just done that without credible intelligence. And the university that he went to actually is known for being a bit of a hotbed for Islamist radicalization.

RAFIQ: And one of the things that I'm – absolutely; called CAGE. I'm very disgusted – I'm quite disgusted at the way that they've actually tried to co-opt the victim mentality as an excuse almost to try to justify this person's radicalization. This-

CAMEROTA: Why? What do you mean – because they're being sympathetic to him – CAGE is?

Neither Camerota nor the Washington Post's Souad Mekhennet and Adam Goldman (who wrote the Thursday report referenced by Rafiq) pointed out that one of CAGE's leaders (which was formerly known as Cage Prisoners) is Moazzam Begg, who spent almost three years as a detainee at Guantanamo Bay. The organization also boasts on its website that it "has been campaigning against the War on Terror for more than a decade."

Rafiq replied to the CNN anchor's "sympathetic" question with his rejoinder of CAGE's rationalization for Emwazi. He later indirectly criticized the Obama administration's handling of global Islamic terrorism, particularly in the wake of the death of Osama bin Laden in 2011:

CAMEROTA: You brought up Somalia. It sounds like before he joined ISIS, he tried to join al Shabaab. What do we know about those efforts, and his attempt at going to Somalia?

RAFIQ: Well, what happened was after he left university, he was – he was going allegedly under the guise of a safari trip to go and join al Shabaab – and we also know that he was prevented from doing so. And some of the other captives – former captives of ISIL's – actually have told individuals and the Washington Post that this particular guy was very, very fond of Somalia. For some reason, he has a very strong link to Somalia and to al-Shabaab, and this is something that's historic, rather than ISIL. Now, it may well be that we treat al Shabaab as a separate organization – a separate entity – but ultimately, their goals and ideals and their ideals and their ultimate worldview is the same. 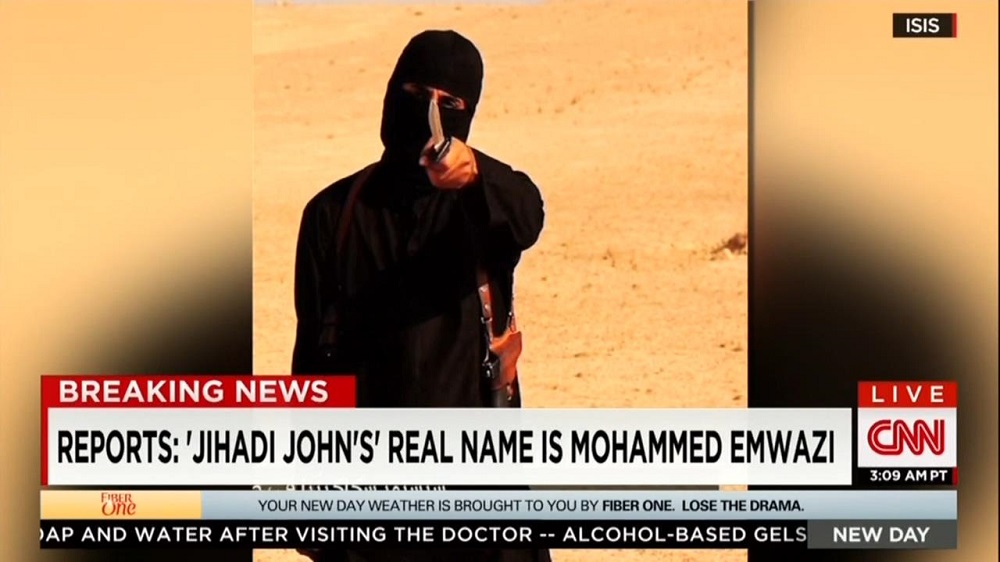 The one thing I actually did want to say, Alisyn, also is that we've got to be very careful on what we do with this information now. We know that agencies have known for a while who 'Jihadi John' is – and he's part of a group. And we've got to be careful that we don't turn him into more of a brand than he actually already has become. I remember when Osama bin Laden was taken out, there was a lot of conversation amongst many governments and many authorities around the world – to say, look, we've actually killed the head of the snake. But what we didn't do was kill the ideology. Jihadi John, or Emwazi, if it really is him – and there's a lot of strong evidence to suggest that it is him – is just one aspect of the brand that is ISIL. And it's the brand – the ideology – that we really need to counter.