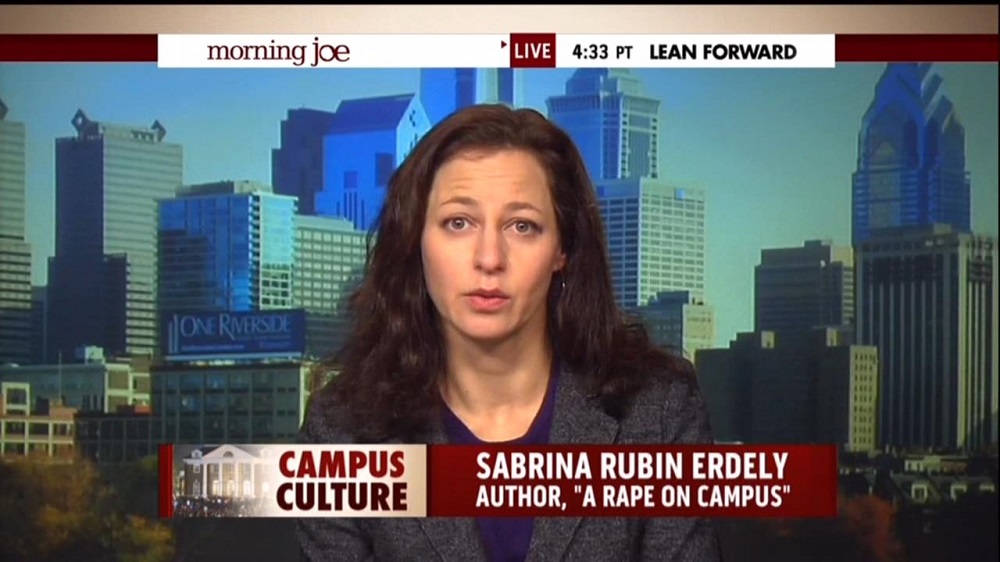 Rolling Stone managing editor Will Dana issued a statement on Friday about their much-publicized "A Rape on Campus" story, which zeroed in on an allegation of gang rape at the University of Virginia by a woman named "Jackie." Dana acknowledged that "there now appear to be discrepancies in Jackie's account," and continued that "we have come to the conclusion that our trust in her was misplaced....We are taking this seriously and apologize to anyone who was affected by the story."

The editor also explained that his magazine was "trying to be sensitive to the unfair shame and humiliation many women feel after a sexual assault and now regret the decision to not contact the alleged assaulters to get their account." Just a day earlier, the left-wing publication stood behind the reporting: "Through our extensive reporting and fact—checking, we found Jackie to be entirely credible and courageous and we are proud to have given her disturbing story the attention it deserves."

On Tuesday, Paul Farhi of the Washington Post spotlighted how Sabrina Rubin Erdely, the author of the November 19, 2014 Rolling Stone article, was "unable to contact or interview the men who supposedly perpetrated" the rape of "Jackie." The Post also published an article on Friday detailing the apparent "discrepancies" in the woman's account:

The U-Va. fraternity chapter where the alleged attack took place in September 2012 released a statement Friday afternoon denying that such an assault took place in its house. Phi Kappa Psi said that it has been working with police to determine whether the account of a brutal rape at a party there was true. The fraternity members say that several important elements of the allegations were false....

Phi Kappa Psi said it did not host "a date function or social event" during the weekend of Sept. 28, 2012, the night that a university student named Jackie alleges she was invited to a date party, lured into an upstairs room and was then ambushed and gang-raped by seven men who were rushing the fraternity.

The fraternity also said that it has reviewed the roster of employees at the university's Aquatic and Fitness Center for 2012 and found that it does not list a member of the fraternity — a detail Jackie provided in her account to Rolling Stone and in interviews with The Washington Post — and that no member of the house matches the description detailed in the Rolling Stone account. The statement also said that the house does not have pledges during the fall semester....

Emily Renda was a U-Va. senior when she first met Jackie in the fall of 2013. In an interview, Renda said that she immediately connected with Jackie as they discussed the bond they shared as rape survivors. Renda said that she was raped her freshman year after attending a fraternity party....In July, Renda introduced Jackie to Sabrina Rubin Erdely, the Rolling Stone writer who was on assignment to write about sexual violence on college campuses. Overwhelmed from sitting through interviews with the writer, Jackie said she asked Erdely to be taken out of the article. She said Erdely refused and Jackie was told that the article would go forward regardless.

Jackie said she finally relented and agreed to participate on the condition that she be able to fact-check her parts in the story, which she said Erdely accepted. Erdely said in an e-mail message that she was not immediately available to comment Friday morning....

The reaction to the Rolling Stone statement from journalists, as well as pundits from all parts of the political spectrum, was swift; and, in many cases, harsh:

Despite their stunning statement, the magazine is standing behind the staff involved with the article. Poynter's Andrew Beaujon reported on Twitter that "Sean Woods, who edited the UVA rape story, will remain with Rolling Stone, a spokesperson tells me."