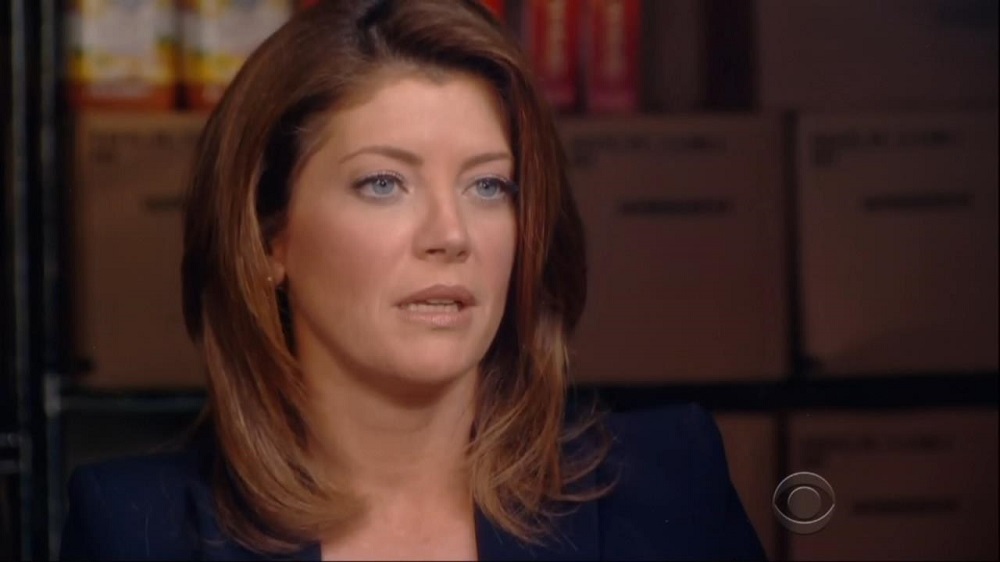 CBS's Norah O'Donnell, who is on the record of saying "we shouldn't editorialize," did exactly that on Sunday's 60 Minutes, as she interviewed Cardinal Sean O'Malley of Boston. O'Donnell especially hounded Cardinal O'Malley on the Catholic Church's teaching on priestly ordination, and wondered, "Does the exclusion of women seem at all immoral?" She also hyped that "some women feel like they're second-class Catholics, because they can't do those things that are very important."

The journalist also underlined that the "conservative" Boston archbishop is a "hardliner on Catholic doctrine. Like Pope Francis, he upholds traditional positions on abortion, gay marriage, birth control, and women's ordination."

O'Donnell flew to Rome to interview Cardinal O'Malley about his role on Pope Francis's handpicked panel of cardinal advisors. The CBS This Morning anchor emulated former colleague Ann Curry by touting that the American cleric is "at the heart of Pope Francis's revolution in the Catholic Church." She added that "like Pope Francis, he [O'Malley] is more inclined to conversation than condemnation."

Before raising the ordination issue, the journalist played up the "Vatican doctrine office's crackdown on American nuns for focusing more on social justice than issues like abortion and contraception – placing the nuns under the supervision of three bishops." O'Donnell repeated her biased term to the cardinal: "It looked like a crackdown from men at the Vatican." She then asked, "Should there be more women in positions of power in the Curia?"

This slanted take on the controversy is nothing new from CBS, as they touted the Church's supposed "Inquisition" against the nuns, who are actually under investigation for "manifest problematic statements and serious theological, even doctrinal errors" – not "focusing more on social justice." O'Donnell's CBS This Morning program also conducted a softball interview of the president of the specific organization of American sisters at the focus of the Vatican inquiry – a mere day before Pope Francis's election in March 2013.

O'Donnell herself underlined how the former Cardinal Jorge Bergoglio was "described as a staunch conservative" the day after the Pope's election. Her co-anchor, Charlie Rose, also pursued Cardinal Timothy Dolan about the women's ordination issue that morning.

The CBS correspondent/anchor used her "hardline" label towards the end of the segment, just before she pressed Cardinal O'Malley about ordination:

NORAH O'DONNELL (voice-over): His choice of communication technology is not the only thing conservative about him. Church traditionalists accuse him of being a closet liberal for participating in ecumenical services, and presiding at the funeral of abortion rights supporter Ted Kennedy. But the cardinal is a hardliner on Catholic doctrine. Like Pope Francis, he upholds traditional positions on abortion, gay marriage, birth control, and women's ordination.

O'DONNELL: The Church says it's not open to the discussion about ordaining women. Why not?

CARDINAL SEAN O'MALLEY: Well, not everyone needs to be ordained to – to have an important role in the life of the Church. Women run the Catholic charities, the Catholic schools, the development office for the archdiocese-

O'DONNELL: Some would say women do a lot of the work, but have very little power.

O'MALLEY: Well, 'power' is not a word that we like to use in the Church. It's more service.

O'DONNELL: But they can't preach. They can't administer the sacraments-

O'DONNELL: I mean, some women feel like they're second-class Catholics, because they can't do those things that are very important.

O'MALLEY: Well, they – but they're – they have other very important roles that – you know, a priest cannot be a mother, either. The tradition of the Church is that we have always ordained men, and that the priesthood reflects the incarnation of Christ – who, in his humanity, is a man.

O'DONNELL: But in spite of that, does the exclusion of women seem at all immoral?

O'MALLEY: Well, Christ would never ask us to do something immoral. And I know that women in-

O'DONNELL: The sense of equality – I mean, just the sense of, sort of, the fairness of it, you know? You wouldn't exclude someone based on race; but yet, you do exclude people based on gender.

O'MALLEY: Well, it's a matter of vocation, and what God has given to us – and this is – you know, if I were founding a church – you know, I'd love to have women priests. But Christ founded it, and what he has given us is – is something different.

O'Donnell has a record of trying to advance the left's social agenda inside the Catholic Church. When Cardinal Dolan again appeared on CBS This Morning on October 15, 2014, she, along with Rose and fill-in anchor Jane Pauley, badgered the New York City archbishop about the supposedly "groundbreaking" draft document on homosexuals and divorced people – which ended up being rejected by Catholic bishops. Before she joined CBS, O'Donnell grilled a conservative Catholic guest during a May 2009 interview on MSNBC about his opposition to President Obama's speech at the University of Notre Dame.