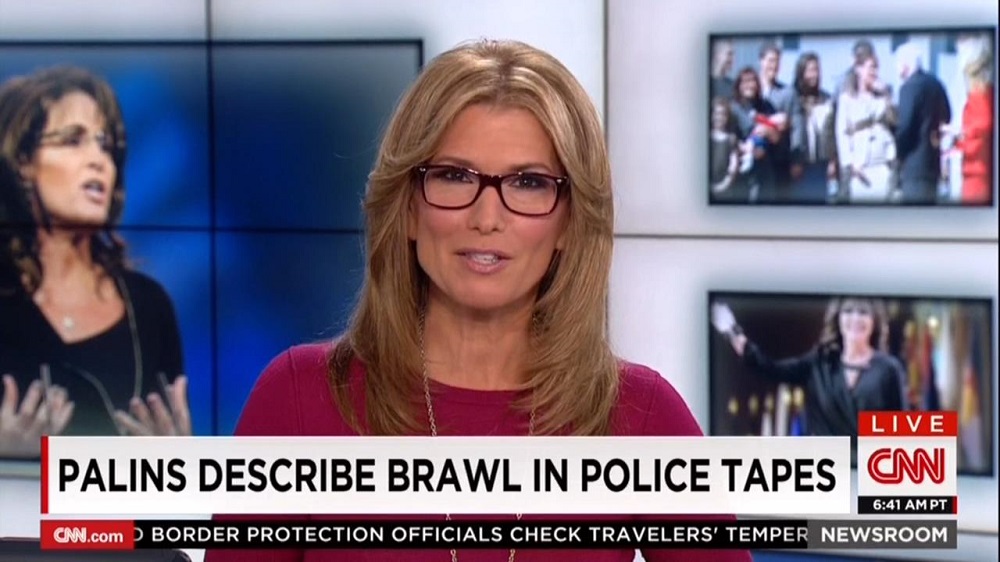 Carol Costello could barely contain herself on Wednesday's CNN Newsroom, as she touted the recently-released audio of Bristol Palin giving her account of a fight involving her family to the police: "Okay. I'm just going to come right out and say it. This is quite possibly the best minute and a half of audio we've ever come across – well, come across in a long time anyway." [video below]

Costello hyped the "massive brawl in Anchorage, Alaska reportedly involving Sarah Palin's kids and her husband." Just before playing the audio, the anchor proclaimed to her audience, "Sit back and enjoy."

The journalist teased the segment by trumpeting "the tale of the tape – and oh boy, is she angry in Anchorage. Bristol Palin speaking out on that brawl that involved her siblings and her father. You'll want to hear what she told cops about how it all started." After using her "best minute and a half of audio" and "massive brawl" phrases at the top of the report, Costello noted that the fight apparently "sparked after someone pushed one of her daughters at a party. That's what Bristol Palin told police in an interview after the incident. And now, police have released audio of that interview. It does include some rather colorful language from Bristol." She continued with her "sit back and enjoy" advice.

At the conclusion of the Bristol Palin audio clip, the CNN anchor snarked, "I think that long bleep was my favorite part." Costello ended the segment with Sarah Palin's reaction to the incident, and added one more gleeful one-liner:

CAROL COSTELLO: ...We should point out that no charges were filed in this incident. And in a September 19 Facebook post, Sarah Palin defended her daughter, writing part – writing, in part – quote, 'I love my Bristol. I have to say, this is a proud mama. My kids' defense of my family makes my heart soar.' You can thank me later.

Back in May 2013, the journalist took a parting shot at Michelle Bachmann after she announced her retirement from Congress. Costello asserted that Bachmann's retirement was "kind of surprising since Bachmann became the face of big government rage. In fact, Newsweek tagged her 'the Queen of Rage' in 2008, and for a time Bachmann became not only a political star, but the butt of a thousand jokes."