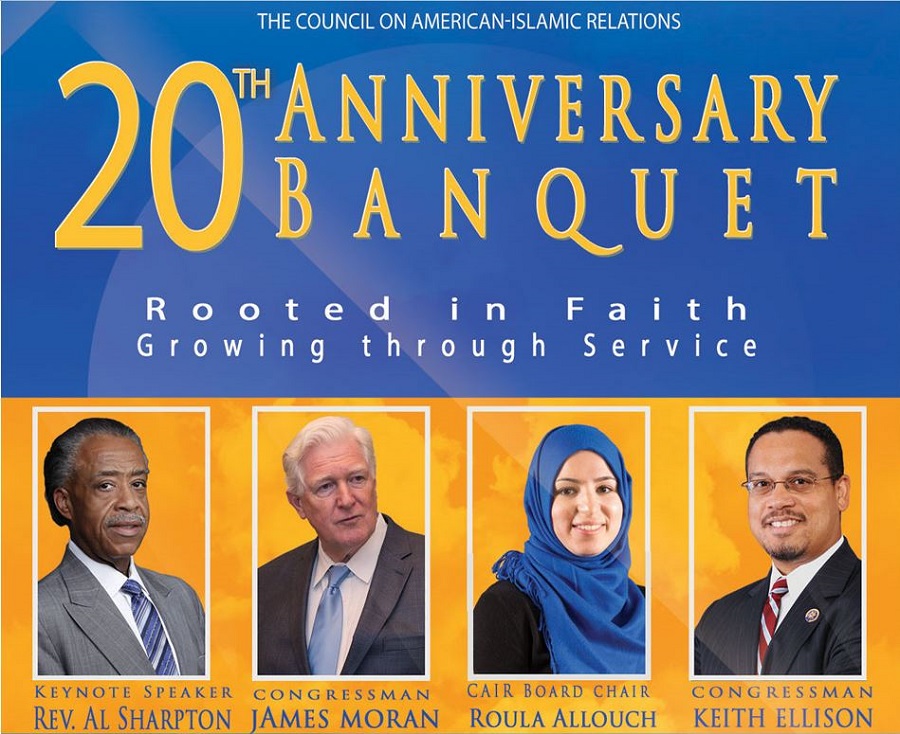 MSNBC host Al Sharpton will be the keynote speaker at the Council on American-Islamic Relations's (CAIR) 20th anniversary banquet on Saturday. Sharpton, who is President Obama's "go-to man on race," and who claims to be helping the White House pick outgoing Attorney General Eric Holder's successor, will be a guest of honor of the group, which was listed as a co-conspirator in a criminal case against an Islamic charity that raised millions for Hamas.

Back in January 2009, shortly after the President's first inauguration, the FBI severed ties with CAIR "in the wake of a 15-year...investigation that culminated with the conviction in December [2008] of Hamas fundraisers at a trial where CAIR itself was listed as an unindicted co-conspirator," according to a report at the time by Fox News's Joseph Abrams. The correspondent noted that "CAIR's executive director, Nihad Awad...was shown to have participated in planning meetings with the Holy Land Foundation, five officials of which were convicted in December of funneling $12.4 million to Hamas."

Abrams later reported that "prosecutors identified CAIR's chairman emeritus, Omar Ahmad, as an unindicted co-conspirator in that trial, and [FBI] Special Agent Lara Burns testified that CAIR was a front group for radical organizations operating in the U.S."

The organization isn't limiting itself to just one left-of-center personality for its anniversary banquet. Besides Sharpton (who was also the keynote speaker in 2012 at CAIR's annual banquet ), CAIR's banquet page spotlights that Democratic Reps. Jim Moran and Keith Ellison will be featured guests at the event. A September 19, 2014 post on the Facebook event page for the banquet explained that Congressman Moran will be receiving a lifetime achievement award from the Islamic group. An item posted four days earlier on the Facebook page also pointed out that CAIR is honoring the far-left Code Pink as the "community organization of the year."

It should be pointed out that Code Pink has its own ties to terrorist financiers. The group took part in June 2013 protest in Yemen against U.S. drone attacks on terrorists, which was co-organized by an international organization named al Karama. The Treasury Department listed al Karama's then-president and founder, Abdul Rahman al-Naimi, as a "specially designated global terrorist" in December 2013. Al-Naimi is accused of sending $600,000 to al Qaeda in Syria.