Willie Geist wondered out loud what would happen to a Republican candidate who had written that women fantasize about being raped--and Joe Scarborough questioned whether he would he still be in the race.

But when it's a candidate for the Dem presidential nomination who had written those words, well, that's a different story. On today's Morning Joe, when Scarborough raised the matter of Bernie Sanders having written that women fantasize about being raped, Mika Brzezinski repeatedly tried to shut him down and turn the page.

For those who would claim that the story is irrelevant ancient history, Sanders having written the words in 1972--when he was 31--Geist and Scarborough pointed out that the MSM painted Mitt Romney as a bully for--at age 18--reportedly having helped administer an unsolicited haircut to a prep school classmate.

See the screencap below for a shot of Mika trying to shut Scarborough down.

MIKA BRZEZINSKI: [grimaces, raises hand in 'stop' motion] Okay, what are you? --

SCARBOROUGH: This is kind of sick, yeah. Don't get mad at me. I didn't write it. It's a long time ago by the way.

WILLIE GEIST: So this came out yesterday. And his office came out and said it was a poor attempt at satire.

GEIST: If you read it, it's hard to see where the satire is.

GEIST:  Can we play a quick game? I hate do it. What if a Republican --

SCARBOROUGH: Yes, exactly! That is the only reason. This is irrelevant to today, but what if a Republican -- we've Rick Santorum coming in. What if Rick Santorum in his 20s [Sanders was in his 30s] had written that women fantasized about being raped. Would he be on this show today?

BRZEZINSKI: Oh come on.  Don't even say it.

SCARBOROURHG: Would he, would he still be in the race?

GEIST: It's the story of when Mitt Romney maybe gave a guy a haircut at a prep school, 40 years ago. It's like that.

SCARBOROUGH: That was the front page of the New York Times.

SCARBOROUGH: The Washington Post. And he was a bully.

BRZEZINSKI: Can we get to the real political story that's making headlines across the country now [shifts to Hastert story]?

HAROLD FORD, JR.: Is there a Michael Jackson fan here at the table?

GEIST: He just had some peccadilloes, Harold. He had some quirks.

SCARBOROUGH: It got a little messy at the end. I will tell you, still, you go back -- while Bernie Sanders was writing these articles about what women fantasized about in 1972 --

SCARBOROUGH: The Jackson Five, you go back and listen to what they did --

BRZEZINSKI: It's one of the one concerts I went to. 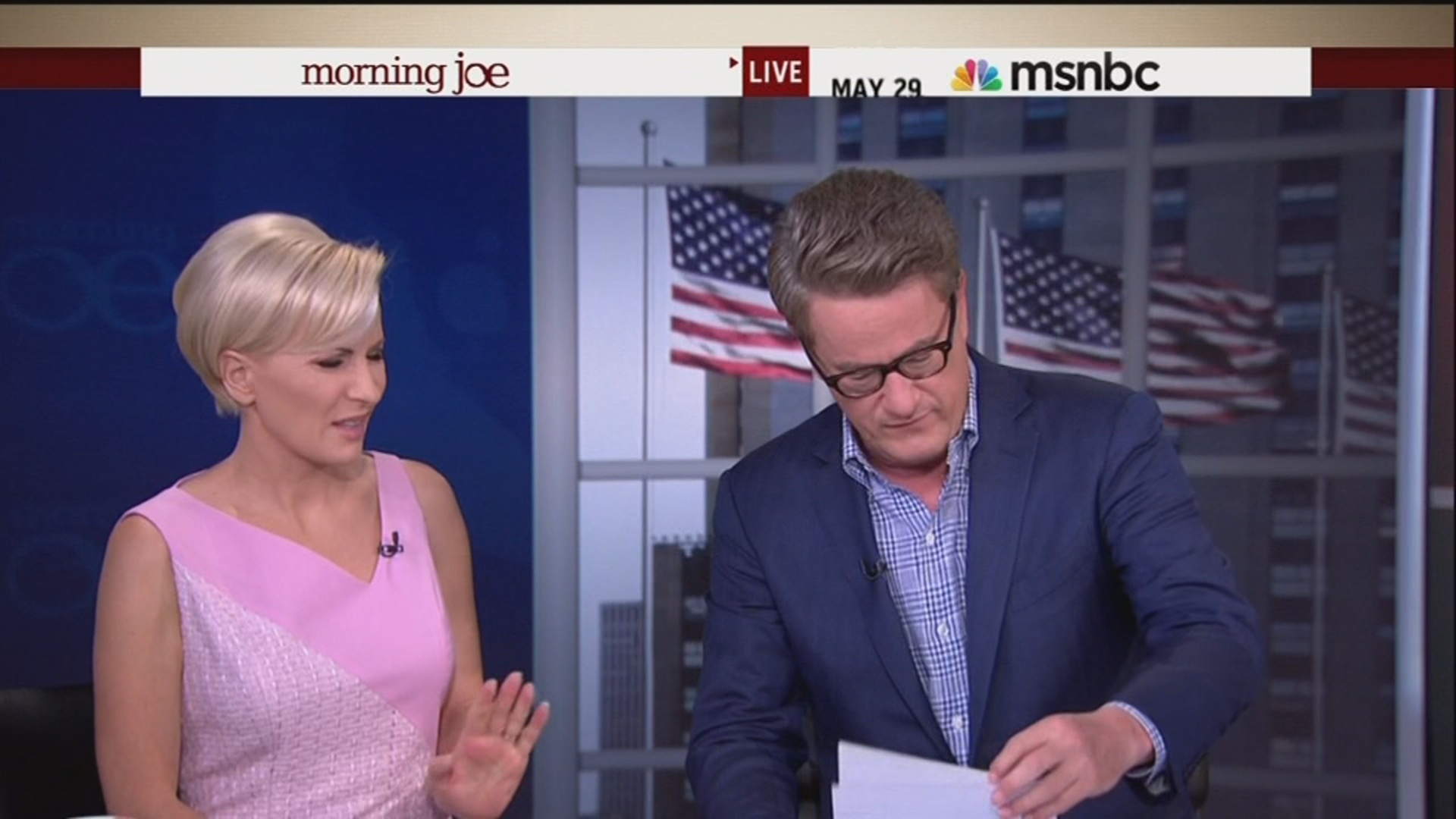