'This Wasn't Honest': Mika on Hillary's Handling of Email

"This wasn't honest." That's how Mika Brzezinski described Hillary's handling of her email on today's Morning Joe. Mika also admitted that if it were Dick Cheney instead of Hillary, "I'd go crazy."

Mika's surprising admission came after Lawrence O'Donnell also made a candid comment, saying "this e-mail system was set up obviously to defy the Freedom of Information Act."

To be sure, there are still Clinton die-hards out there willing to defend Hillary at all costs. Take the ever-vulgar Paul Begala, who claims that "voters do not give a s---. They do not even give a fart."

But how worried should Hillary be if even liberal media stalwarts like Mika and O'Donnell are raising serious questions about her honesty?

Note regarding the screencap below: We usually make it a point when making screencaps, even of people who aren't our favorites, not to capture them in an unflattering expression [although admittedly we sometimes can't resist.] But today's image of Mika shows her at the very moment she mentions that Hillary's handling of email "wasn't honest." It thus is a relevant part of the story, reflecting Brzezinski's distate for what Hillary did.

LAWRENCE O'DONNELL: This e-mail system was set up obviously to defy the freedom of Information Act.

O'DONNELL: Emails were completely immune from every single Freedom of Information Act request.

BRZEZINSKI: Can you imagine, table, if this was Dick Cheney and he had a server in McClain, Virginia?

BRZEZINSKI: You would be saying it a little more --

O'DONNELL: No, I'd be saying exactly the same thing, and that's the question.

BRZEZINSKI: Let me just say, I'm just going to be transparent. I'd go crazy. I'd be completely off the hook if it were -- and I'm trying to be -- because I do think sometimes there's a little bit of bias that sneaks into this but this is wrong. And you're right, it completely -- it is a liberal cornerstone, transparency. The freedom of information. And honesty in government. This wasn't honest. 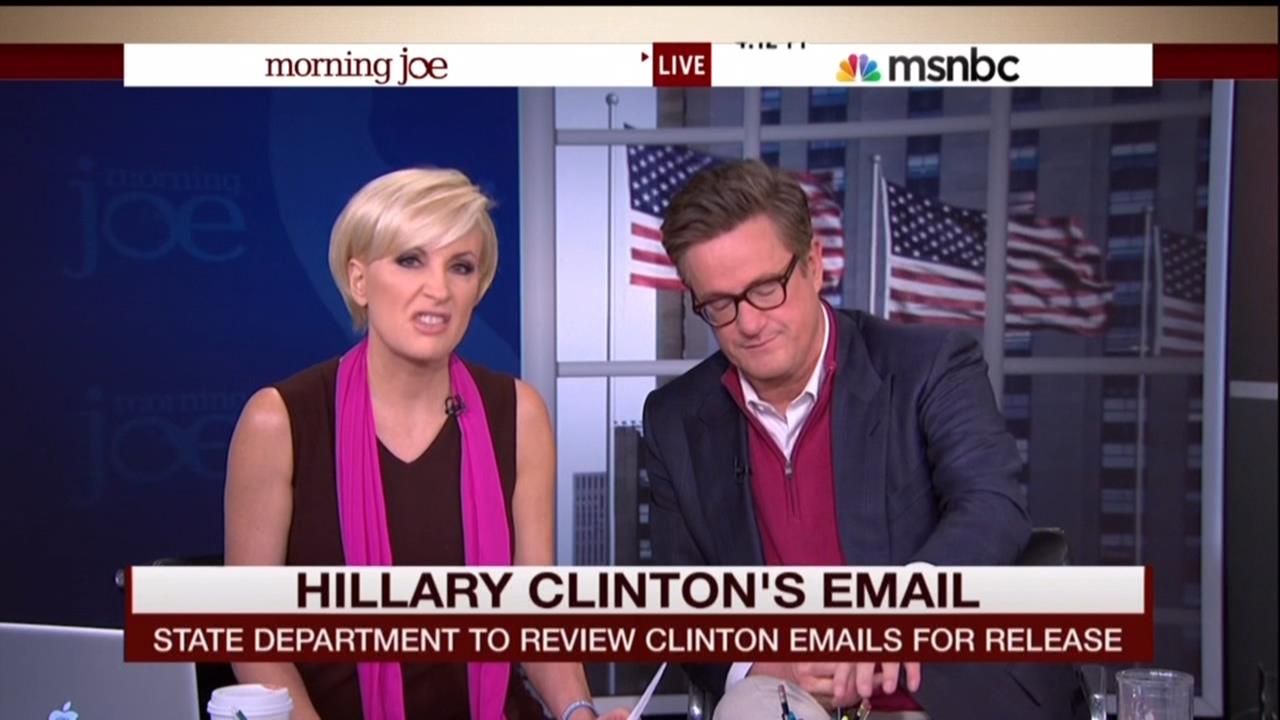