Barnicle On Dealing With ISIS: 'You Want To Set Your Hair on Fire'

There are still 10 months to go in 2015, but Mike Barnicle is a strong frontrunner for Clumsiest Comment of the Year.

In a Morning Joe segment today on ISIS outrages, and shortly after mentioning the atrocity in which ISIS burned dozens of people to death in Iraq, Barnicle said that the complexity of dealing with ISIS makes "you want to set your hair on fire."

Barnicle surely didn't set out to use such a massively inappropriate metaphor. But with fire the topic of the morning, Barnicle somehow rumbled, bumbled and stumbled into a gaffe worthy of Joe Biden at his "stand up, Chuck" worst.

MIKE BARNICLE: We know one thing today, this morning, the horrific example of what took place yesterday with four dozen people burned to death. That occurred less than 50 kilometers, 50 miles, from a military base in Iraq where there were 300 United States Marines. This could be a pivot point in the short term for how deeply are we going to get engaged. We can fought do it as a country in the United States. It has to have an Arab face on it. The confrontation with ISIS has to have an Arab face on it. . . With regard to ISIS, the lack of governance, hopelessness among median age population of about 19 years of age, you want so set your hair on fire it's so complex. 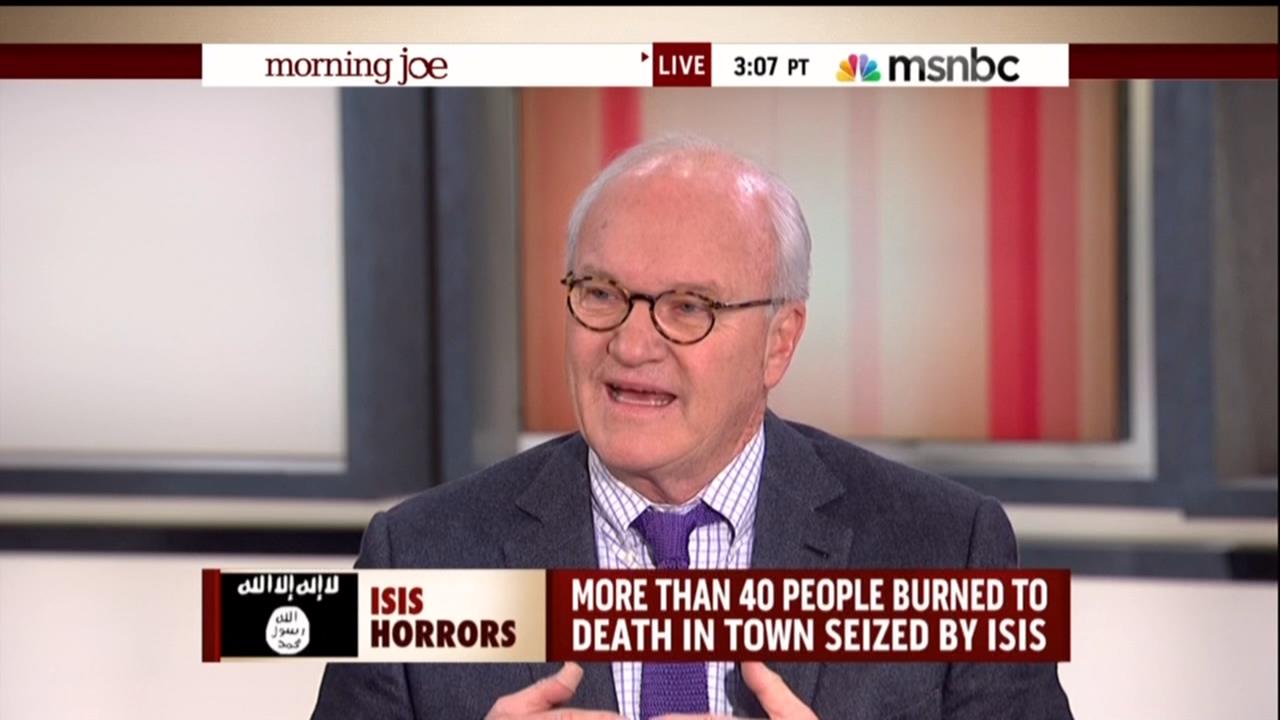