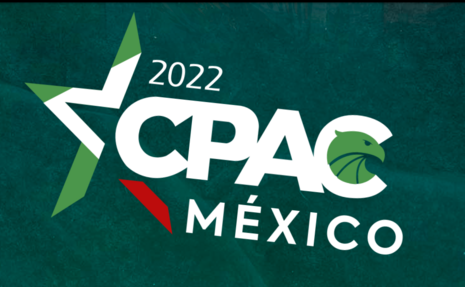 Univision, where journalists routinely advocate for abortions, transgender rights, the sexualization of grade school children, same sex marriage, et. al, has now become the watchdog of virtue – that is, Donald J. Trump's, who “does not practice any religion and has five children by three different women'', yet dared urge a group of supposed ultraconservatives gathered in Mexico City, to "defend God, Family, and Country."

The virtue signaling came in the form of a story published in Univision.com, under a generic Univision byline, regarding a pre-recorded message from Trump that was aired at the Conservative Political Action Conference (CPAC) held in Mexico City this past weekend.

The article – entitled Trump's Unusual Call to Conservatives Gathered in Mexico to Defend God, Family and Country – went on:

“Although he does not practice any religion and has five children by three different women, former US President Donald Trump urged a group of ultraconservatives gathered in Mexico City, to defend God, Family and Country. Trump said it is very important for conservatives across the hemisphere to come together to defend God, family and country.”

“The newly launched candidate for the Republican Party presidential nomination called for a halt to what he called the advance of socialism. And just not allow it to continue to wipe out the region or our land. We must rebuild our economies, to support our workers and our families.”

God forbid! Because Trump has five children from three different women, Univision has apparently deemed that disqualified him from stating that “it is very important for conservatives across the hemisphere to come together to ‘defend God, Family and Country.’” In essence, it's perfectly ok to abort unwanted babies any time before birth, transition underaged children, or take them to drag queen shows, but to have children from different spouses? How dare Trump?

The Univision.com piece also criticized “the newly launched candidate for the Republican Party presidential nomination”, for calling for a halt to the advance of socialism in a city ruled by a leftist administration. “Trump said he was confident that ‘this vital mission’ will be carried out by the people who gathered last weekend in the capital of Mexico, a city ruled for decades by the left.” It's the opposite, by the way – the perfect place to do so, given the number of Mexicans rushing to our southern border, away from the left and in search of the American Dream.

Univision also cast aspersions on Mexican star and pro-life activist Eduargo Verástegui, who the article dismisses as a has-been whose ticket to fame is the – apparently – lower echelon genre of Mexican telenovelas: “In his message, the former president also thanked Eduardo Verástegui – an actor who is best known for having participated in Mexican television soap operas – who is promoted by a conservative group in Mexico and currently heads the Mexican office of the CPAC. The group has considered Verástegui to run for the presidency of Mexico.”

As the saying goes, don't bite the hand that feeds you. Pay heed Univision, since time immemorial, it's the soapy soap operas that have subsidized your – and other Latino media – operations. Thanks to their popularity, Verástegui is one of Mexico's preeminent and much loved screen personalities, a position he uses to promote life and Christian values.

But such is the double standard at Univision, where advertisers like Febreze from Procter & Gamble enable opinion to pass for news. Follow the link to voice your concern.