Univision News has accorded the incident in which Trump campaign manager Corey Lewandowski is alleged to have forcefully grabbed the arm of Brietbart reporter Michelle Fields nothing but silence, even after coverage on ABC, CBS, and NBC. There is no good reason for this to be the case, given the network's particular history with this campaign and this type of incident.

It's not like the story was alien or totally inaccessible to Univision, which was presumably too busy to cover the story because it was still basking in the afterglow of its own post-debate press. Fields, in fact, gave an exclusive interview to ABC's Tom Llamas, which our friend Curtis Houck covered here.

This is notable because (a): ABC is, at least for the time being, Univision's partner on the Fusion network, which makes for a freer flow of information. 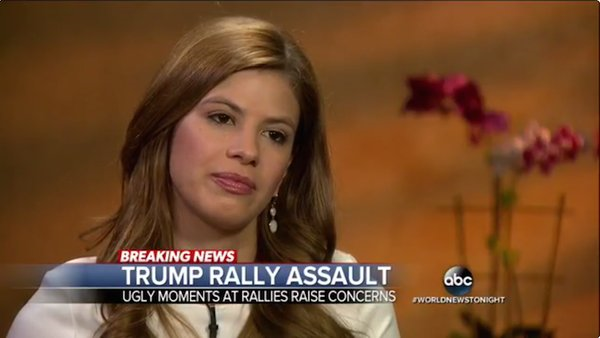 and (b): Tom Llamas was one of the two journalists (the other being NBC's Kasie Hunt) who asked for Jorge Ramos to be allowed to return to Trump's press conference after his carefully stage-managed expulsion- which leads to my next point:

It is inexcusable for Jorge Ramos to have maintained total silence in the 48-plus hours since a journalist was physically battered by Donald Trump's campaign manager. Mind you, this is the same Jorge Ramos who cried "silencing the press" to the four winds and milked his staged Trump run-in into worldwide media acclaim and a book deal. In fairness, this is also the same Jorge Ramos that decries violence against Mexican journalists from the comforts of his Miami citadel, so there's that.

I'm also sure that Ramos' and Univision's collective oversights of the Fields assault have NOTHING WHATSOEVER to do with the fact that she is a libertarian of Hispanic ethnic origins...right? RIGHT? At best, this collective silence is based on ignorance. At worst, both are looking the other way as a Latina journalist is physically battered by a Trump campaign operative because she has differing points of view from those of the network. Either way, it's not a good look.

Championing the First Amendment and a free press also means defending the rights of those who we might not agree with. Shame on Ramos and Univision 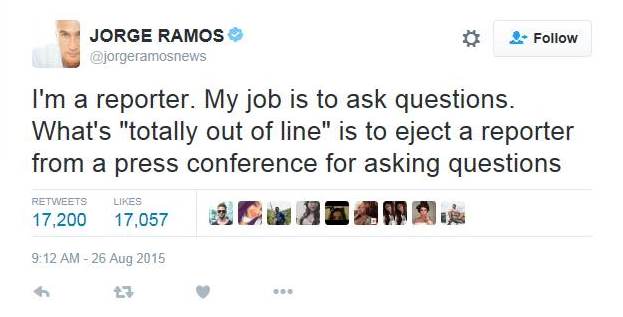