The ever-escalating war between Donald Trump and Univision gives us a valuable glimpse at how the network advances convenient narratives throughout its various divisions. This particular instance is a higher-profile version of something we’ve seen before.

The Donald’s presidential announcement, as we know, laced blunt truths with Trumpian hyperbolic bombast. His controversial remarks on immigration policy in general, and immigrants from Mexico specifically, pushed Univision's grievance machine into a frenzy not seen since Rep. Steve King gave his infamous dissertation on undocumented immigrants with “calves the size of cantaloupes” on account of all the weed they allegedly hauled across the desert.

King subsequently appeared on the network’s Sunday Al Punto for an Outrage Theater segment with anchor Jorge Ramos in which everyone got what they wanted. Ramos got to play Immigrant Avenger with King, and King got to troll a much larger audience than usual, so win-win. None of this, of course, helped to further serious debate on immigration, but then again, one does not expect such things from Univision. Ann Coulter's recent appearance on Fusion's América With Jorge Ramos played to a similar (mutually beneficial) effect.

But the tone and tenor of Trump's remarks apparently made the folks at Univision lose their minds. Trump's remarks cut through because they were delivered in plain English rather than in that strange amalgam of process and talking points which seems to be the language of our political class. Opinion on Trump aside, reasonable people can agree (or disagree) that perhaps not every undocumented immigrant will be a valedictorian or a hard-working incarnation of the American Dream with an immaculate criminal record, or that our seriously deficient immigration model is in dire need of actual reform. 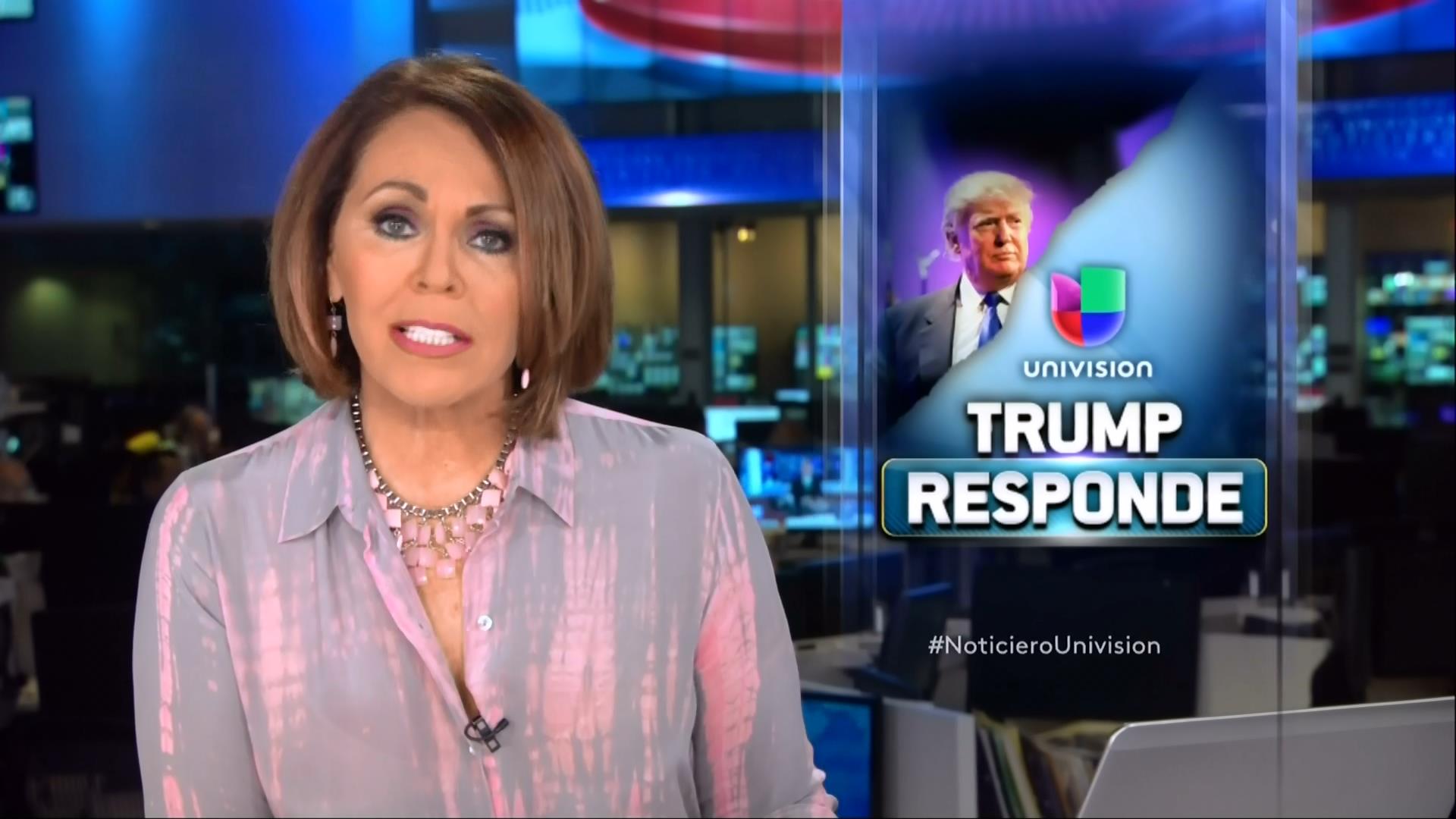 Univision's reaction to Trump, however, has been anything but reasonable. Jorge Ramos ran an immediate attack column, which served to elevate the remarks beyond those of King and Coulter, to conflate Trump’s attack on undocumented Mexicans into an attack on all Hispanics regardless of citizenship status or national origin, and to attempt to make Trump into the next Romney…that is, a cartoonishly-depicted villain against which to rally Hispanics for the Democrats (namely, of course, La Patrona, Hillary Clinton).

Additionally, the President of Univision’s programming and content (literally, the guy in charge of their telenovelas/soap operas) posted an Instagram meme equating Trump with the murderously racist Charleston shooter, which looks like a neat little bit of corporate synergy given Univision News President Isaac Lee’s tendency to equate coverage of conservatives to that of Nazis. And now, of course, we have the whole Miss Universe saga.

The latest piece of the puzzle to fall into place is the first of many calls for Republicans to fall over themselves in repudiation of Trump’s remarks. It remains to be seen whether they will fall into the trap and answer the cattle call, or simply let Trump answer for Trump.

Never mind the fact that Univision’s elevation of Trump into frontrunner status requires a suspension of disbelief big enough to predicate that Republicans will happily nominate a cheerful beneficiary of Kelo jurisprudence who also happens to be a donor to both the Clinton foundation and to the chief Democratic architect of the Roberts Court. Grievance mongering is Univision’s business, and their calculation is this Trump beef is what’s best for business.