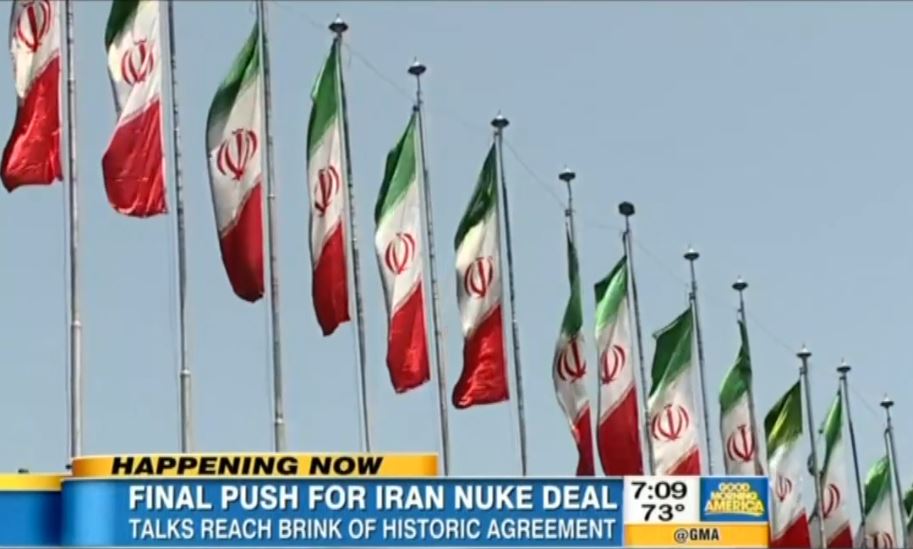 On ABC’s Good Morning America, correspondent Martha Raddatz reported on the deal from Tehran and declared: “Everyone we have talked to on the street during this week we have been here are eager to see those sanctions lifted and we expect celebrations in the streets if, and when, a deal is announced.”

Finally, on CBS This Morning, correspondent Margaret Brennan proclaimed: “There was a sense of heavy anticipation in Vienna today as a deal with Iran finally seemed possible.” Brennan cited Reza Marashi of the National Iranian American Council claiming that the chances of a deal were “99%” because the effort was “too big to fail.”

Of the three broadcasts, only This Morning featured Republican criticism. Brennan noted: “But even if the diplomats are successful, there are some in the U.S. Congress who want to block it. Republican Senator Tom Cotton from Arkansas, a staunch critic, told Face the Nation any deal is a mistake.” A soundbite ran of Cotton warning: “So I think whatever deal comes out of this weekend, it’s gonna be dangerous for the United States and dangerous for the world.”

On Today, correspondent Andrea Mitchell referenced bipartisan congressional criticism generally and compared it to that of “hardliners” in Iran:

And then there are big political challenges for both sides. Iran's foreign minister has to deal with hardliners in his capital. John Kerry faces a lot of skepticism in Congress about the deal, not just among Republicans, but also now among Democrats, who are going to anticipate a big sales campaign from the President and the cabinet if this things comes together, we hope today.

Wrapping the segment on This Morning, Brennan noted the “strange coincidence” that “the long-delayed trial of American journalist Jason Rezaian suddenly restarted today in Tehran.” She made no mention of whether the Obama administration had made any progress in freeing the Washington Post reporter.