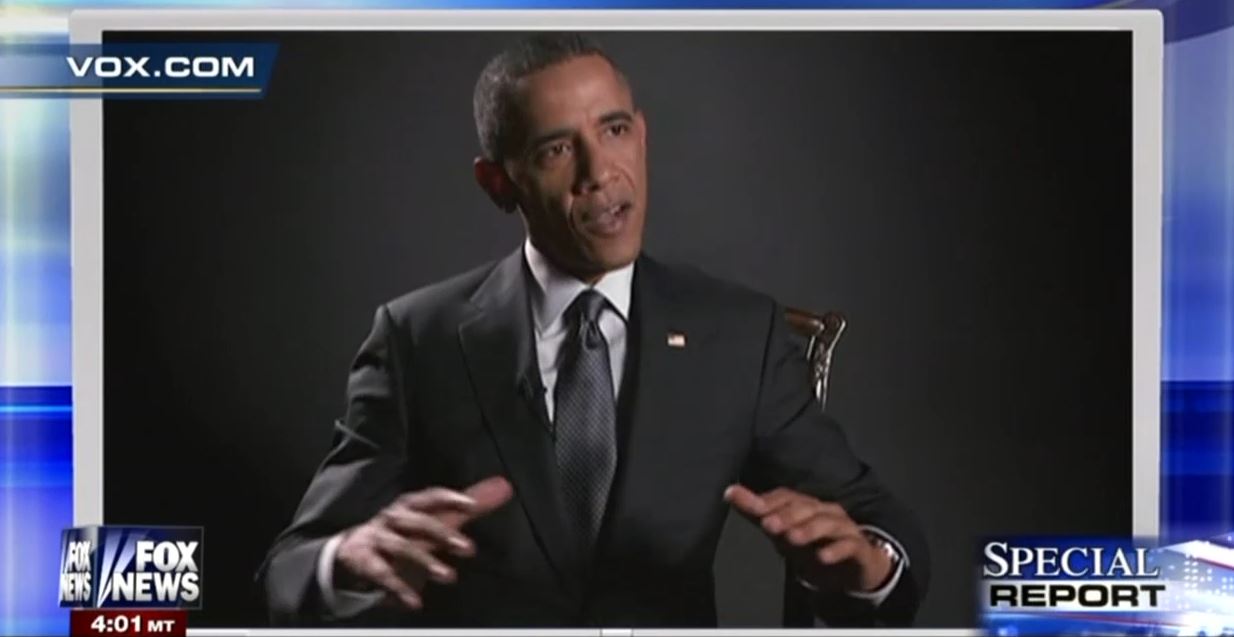 In an interview with left-wing website Vox.com released on Monday, President Obama downplayed the threat from radical Islamic terrorism and blamed the media for supposedly hyping the danger: "If it bleeds, it leads, right? You show crime stories and you show fires, because that's what folks watch, and it's all about ratings. And, you know, the problems of terrorism and dysfunction and chaos, along with plane crashes and a few other things, that's the equivalent when it comes to covering international affairs."

The President was teed up by reporter Matthew Yglesias, who wondered: "Do you think the media sometimes overstates the level of alarm people should have about terrorism and this kind of chaos, as opposed to a longer-term problem of climate change and epidemic disease?" Obama replied: "Absolutely."

Despite making such a tone deaf argument in the face of the rapid expansion of ISIS and the recent terrorist attacks in Paris, none of the broadcast networks mentioned Obama's controversial comments on Monday's evening newscasts or Tuesday's morning shows.

Those same network newscasts have also refused to cover the President's offensive remarks at the National Prayer Breakfast in which he warned Christians about getting on their "high horse" in condemning Islamic extremism, citing the Crusades and the Spanish Inquisition.

And when it comes to confronting ISIS, the President is downplaying the threat, declaring in a Vox.com interview the media is overhyping terror and climate change could be a bigger long term problem....That comes after Friday's speech by his National Security Advisor Susan Rice claiming the U.S. cannot give into alarmism and the President said at the National Prayer Breakfast Christians also committed terrible deeds hundreds of years ago.