Even as President Obama clearly attempted during a Sunday 60 Minutes interview to blame others for his failure to recognize ISIS as a growing threat in the Middle East, Monday's NBC Today spun the buck-passing as a "very candid" admission by the commander-in-chief.

Co-host Matt Lauer opened the morning show by proclaiming: "Underestimated. The President admits his administration and U.S. intelligence officials misjudged the threat of ISIS." While that headline suggested to viewers that Obama was taking responsibility for the failure, a soundbite ran of the President distancing himself from blame: "I think they underestimated what had been taking place in Syria."

Introducing the story moments later, Lauer declared: "President Obama acknowledging in a new interview that U.S. officials underestimated ISIS and overestimated the ability of the Iraqi army to take on the terror group." In the report that followed, chief foreign correspondent Richard Engel announced: "This seemed to be a very candid interview, the President blamed the former U.S.-backed Iraqi government for allowing ISIS to flourish and said American intelligence didn't fully appreciate the threat." [Listen to the audio]

On Sunday, The Daily Beast's Eli Lake ripped apart Obama's attempt to blame the intelligence community for dropping the ball on ISIS: "Reached by The Daily Beast after Obama's interview aired, one former senior Pentagon official who worked closely on the threat posed by Sunni jihadists in Syria and Iraq was flabbergasted. 'Either the president doesn't read the intelligence he's getting or he's bullshitting,' the former official said."

In addition, on August 10, NBC's chief foreign affairs correspondent Andrea Mitchell appeared on Meet the Press and similarly dismantled the President's claims of being in the dark about ISIS:

Even Engel himself on September 3 appeared on Mitchell's MSNBC show and explained: "President Obama says he has no strategy yet for Syria. This has been going on for over three years. The buildup of ISIS has not been rapid, it has been quite slow. It has been quite well-documented....So that we have no strategy to deal with ISIS is quite – is quite ridiculous at this stage."

Given NBC's own reporting on how Obama knew about the ISIS build-up all along, how could the network describe the President passing the blame as "very candid"?

On ABC's Good Morning America on Monday, co-host George Stephanopoulos tried to push similar spin regarding Obama's remarks to 60 Minutes: "... the President pretty frank about what went wrong here." However, White House correspondent Jon Karl called out the presidential blame game: "The President bluntly acknowledged that the United States got it wrong....But, George, even as he acknowledged this...the President made it clear this was a mistake made by the intelligence community, he wasn't taking personal responsibility here."

Meanwhile, CBS This Morning led with a clip of Obama's exchange with 60 Minutes correspondent Steve Kroft, then at the top of the 8 a.m. ET hour brought on Wisconsin Congressman Paul Ryan to offer criticism of the President's handling of ISIS.

After Ryan pointed out "colossal mistakes in our Iraq and Syria policy that led to this emergence of ISIS," including not arming moderate Syrian rebels earlier, co-host Charlie Rose pinned the blame on the President: "Why do you think he didn't?...When Petraeus, Clinton, and others were saying, 'We're looking at the same facts and have a different decision'....And we should have done it and there would have been an opportunity to stop ISIS."

Here is a full transcript of Engel's September 29 report on Today: 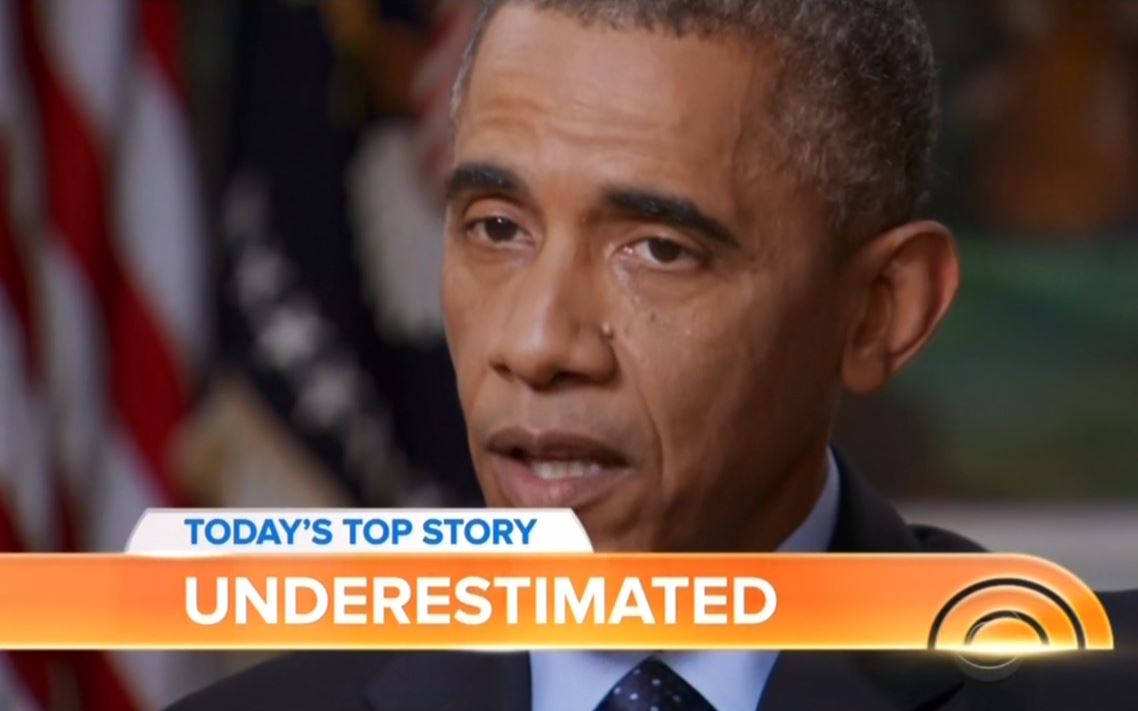 BARACK OBAMA: I think they underestimated what had been taking place in Syria.

LAUER: Got some big news to get to this morning. President Obama acknowledging in a new interview that U.S. officials underestimated ISIS and overestimated the ability of the Iraqi army to take on the terror group. NBC's chief foreign correspondent Richard Engel is in Turkey along the Syrian border. Richard, good morning to you. 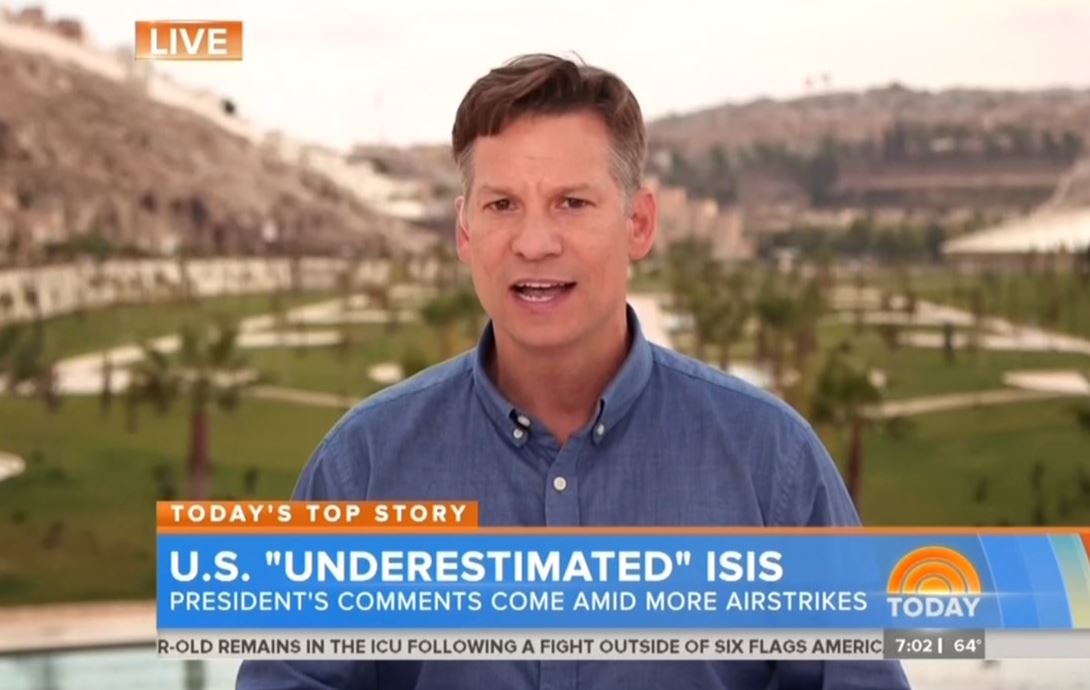 The U.S. military reportedly launched more air strikes overnight, after pounding ISIS in Syria over the weekend, targeting the militants, their oil facilities, and armored vehicles. But ISIS isn't in retreat in Syria, its fighters are still advancing on cities close to the Turkish border. And in Iraq, the militants are once again are reportedly on the edge of Baghdad. On Sunday, President Obama told 60 Minutes U.S. intelligence failed to see it coming.

BARACK OBAMA: Well, I think our head of the intelligence community, Jim Clapper, has acknowledged that I think they underestimated what had been taking place in Syria.

STEVE KROFT: I mean, he didn't say that – just say that we underestimated ISIL. He said we overestimated the ability and the will of our allies, the Iraqi army, to fight.

ENGEL: It's a major intelligence failure. Islamic radicals were expanding in Syria and Iraq for two years. They bragged about their growing strength online. Foreign journalists often reported that foreign fighters were streaming into Syria. We interviewed them as they went in. The rise of extremism in Syria and Iraq was no secret. Now the President said America is leading the fight against the radicals.

OBAMA: America leads. We – we are the indispensable nation. We have capacity no one else has. Our military is the best in the history of the world. And when trouble comes up anywhere in the world, they don't call Beijing, they don't call Moscow, they call us.

ENGEL: So the U.S. is now leading an international coalition against ISIS and likely will be for years. Matt.

LAUER: Alright, Richard Engel in Turkey. There's going to be a lot of fallout from that admission over the coming days and weeks, no question about it.