A white artist is making waves in the media for creating a reenactment of Michael Brown’s death as an art exhibit in Chicago.

The exhibit opens on the heels of a federal judge dismissing four counts of wrongful-death lawsuits filed by Brown’s parents. More are still being filed, according to the St. Louis Post-Dispatch.

The art exhibit hosts a number of controversial and offensive things, but only one aspect of it is actually drawing attention. Among the things that did not cause outrage: A confederate flag, a black Statue of Liberty, a hanging noose, upside-down American flags and perhaps most offensive of all, a hooded crucifix underneath an “I can’t breathe” sign. 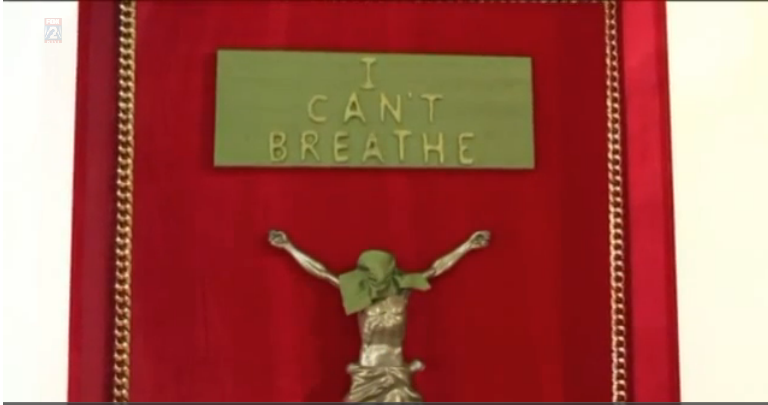 What did grab the media’s attention? A life-sized mannequin of Michael Brown that lies face down with police tape surrounding it.

In a video playing above the scene, Eartha Kitt looks over Brown while singing “Angelitos Negros,” a song that protests racial discrimination. 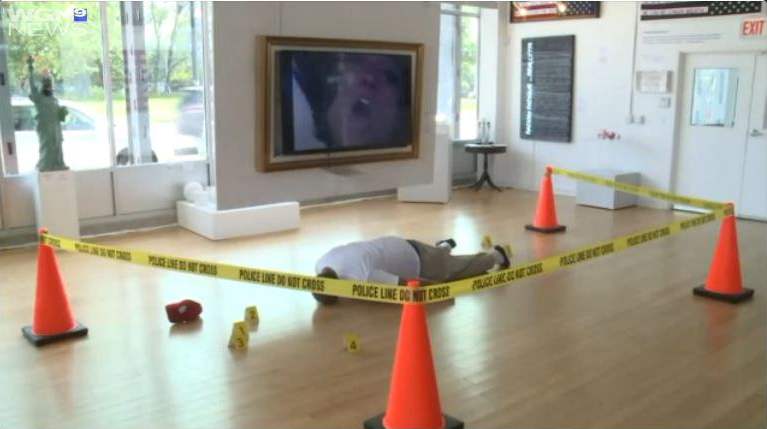 The exhibit intends to convey how Michael Brown’s death was a result of “white privilege,” according to the artist and gallery owners.

The re-enactment of Brown’s death attracted backlash from activists and Brown’s father, who called it “disgusting.” The vulgar nature of the display and the fact that the artist who made it, Ti-Rock Moore, is a white woman also drew criticism.

Kirsten West Savali, writer for black media site The Root, complained the exhibit “revictimizes Michael Brown” and “exploits” “dead, black bodies.” Savali gushed, ‘She is claiming his dead body as her art. Her art,” she wrote in an email to The Daily Beast. “The boldness of this, the sheer unmitigated gall, is actually quite stunning.”

The Daily Beast’s Justin Glawe warned the exhibit “trigger[ed] questions of whether a white artist should be stepping foot into such sensitive and tender black territory.”

But black gallery owners Andre and Frances Guichard had no problem with it.

The Guichards defended Moore, saying that the point of the exhibit was to show how Moore’s own white privilege helped perpetuate the violence enacted against Michael Brown. Furthermore, they told The Guardian, they are planning to donate 10% of profits to a “charity aimed at ending police violence.”

Moore defended her racial artwork in a previous interview with The Times-Picayune of New Orleans.

“My whiteness carries an unearned advantage in the American system,” she said. “We’re living in a society of very complicated systems that create advantages for white people and disadvantages for others. That’s what my work is about (emphasis added mine)."

But using liberal jargon isn’t enough to pacify activists, who still find the exhibit offensive. Bash America and law enforcement all you want, but that part about Michael Brown has to go. Because as we know, everything is racist.